Paul Gray, founder of Glasgow consultancy Suisse, has an obsession.

Actually, he has a couple of obsessions, but more on that later – at the moment we’re just interested in his bizarre and rather endearing habit of photographing what he calls ‘found faces’.

Found faces are natural arrangements of objects to create an (often smiling) face – three rings stenciled on the ground, natural drip holes in rock, or the alignment of two leaves and the handle liner from a plastic bag. 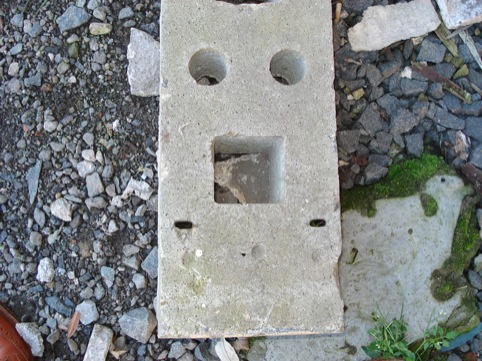 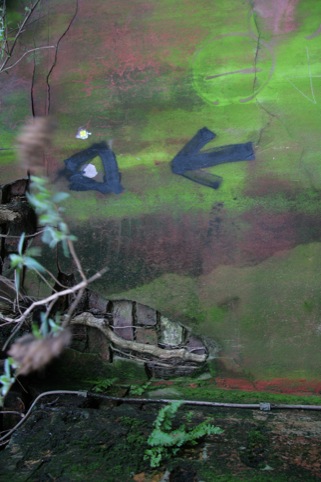 And Gray has rules. ‘They can’t be set up intentionally,’ he says. ‘For example, if you see a face that slightly off you’re not allowed to move the features – you have to find the right angle to photograph it from.’

Gray says he started photographing found faces around three years ago, when he was walking through Glasgow taking reference images of stone for a project. He says, ‘I was looking at some stone on the Gallery of Modern Art and I saw a face. The I turned round and saw another face on some railings.

‘Once you start, you begin to see them everywhere – it’s a clinical condition, it does my wife’s head in.’

Gray currently has around 150 found face photographs from contributors around the world, which he hosts on Facebook and on the Suisse website – he says he also has plans to develop the collection into a book.

And Gray’s other obsession (apart from design obviously)? ‘I collect rings – like washers, which are left lying around. When I come back from holiday I have bags full of them.’