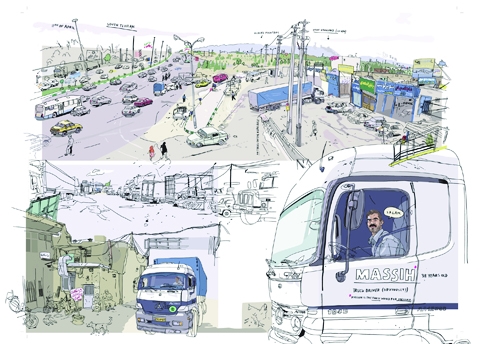 Kugler’s winning entry, for which he will receive £4000, is a 30-page illustrated journal, inspired by travelling with truck driver Massih on a four-day journey to a small island in the Persian Gulf.

Ryan says Kugler’s entry is ‘a stunning work, hard to fault – this is where drawing can top photography and copy’.

Mooney adds, ‘The detail, the richness, the energy, the humour combine to give us a humane glimpse of another world.’

The winning and shortlisted work will be displayed in the V&A’s 20th Century Galleries from today until 17 December.