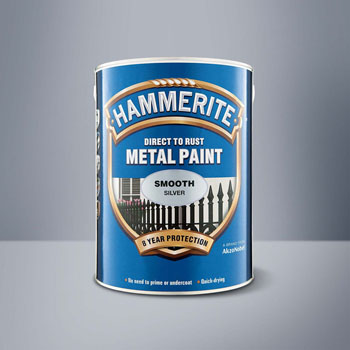 The consultancy says it was appointed to the work by Hammerite brand-owner Akzo Nobel following a five-way pan-European pitch.

It was tasked with developing designs across a range of 21 products, including interior, exterior and preparation products. It also had to deal with different products featuring in different territories.

The new packaging is now rolling out in European markets, with other territories around the world set to follow this year.

The consultancy says the packaging revamp ‘aims to modernise the brand and make product selection simpler’. The new packaging features an updated version of the brand’s shield device.

Refinery director Philip Armitage says, ‘At the moment the Hammerite re-livery is focusing on central Europe, including the roll-out of Direct to Rust products in the UK; with a slow roll-out for other countries this year and next.’

The consultancy says the roll-out will eventually extend to countries including Russia, Argentina and Uruguay

I Wanna Be Adored