The Yorkshire-based consultancy, which specialises in the interpretive design of environments, completed the first phase of Gondwana Prehistorium in 2008. It told the story of the beginning of the birth of the cosmos and the beginnings of evolution up until the extinction of the dinosaurs. 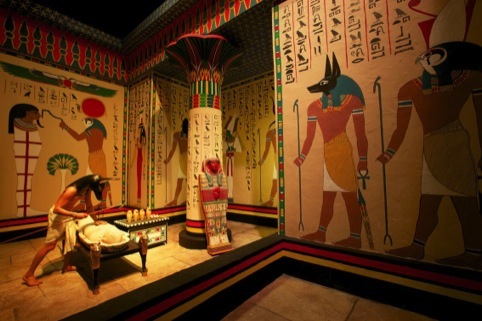 The second phase, known as The Time Journey, is a €10 million, 4500m2 attraction, which picks up from that point and takes visitors on a journey of the history of humanity through recreated environments. 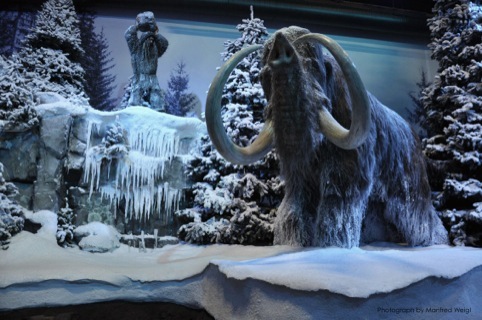 Creative director David Lazenby says, ‘We actually take up the story for phase two in a space station, but also tell the stories of what gave rise to humanity, and look at everything from dinosaurs to the heights of modern technology.’ 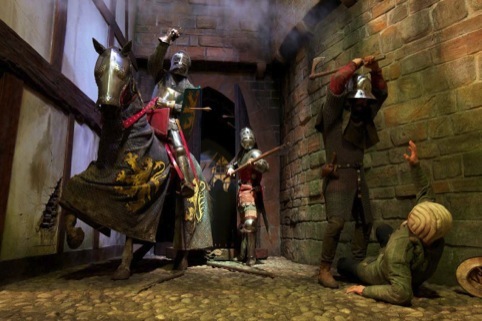 Visitors will pass through spaces including the rainforests and savannahs of Africa, encounter a mamouth hunt in the Ice Age, meet Cro-Magnon cave dwellers, experience the bronze age, an Egyptian temple, witness a medieval battle and discover an ancient Mayan ruin.

Lazenby Design Associates has created a narrative allowing the journey to start with an astronaut’s space walk from the International Space Station.

Elsewhere, to illustrate the struggle for survival of dinosaurs in the Cretaceous period, animatronic dinosaurs have been created.

Lazenby who worked with roller-coaster designers on the dinosaurs, says, ‘At 20m long and with a wide range of sophisticated movements, including the ability to rear up on her back legs to a height of a five storey building, our Titanosaur is certainly the most realistic animatronic dinosaur you are likely to see.’

Graphic panels give extra information in the walkthrough, which also contains AV displays and in one instance uses a holographic Peppers Ghost effect to demonstrate how a dead dinosaur becomes a fossil. 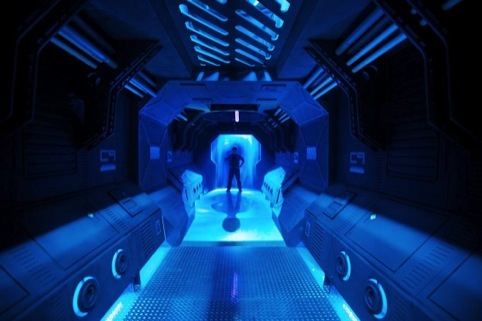 ‘There’s a lot of emphasis on demonstrating how we know this history through paleontology – things like the colour of fossilized dinosaurs – in a visitor friendly way.’

To aid this understanding a paleontology lab has been introduced where visitors can watch real scientists at work.