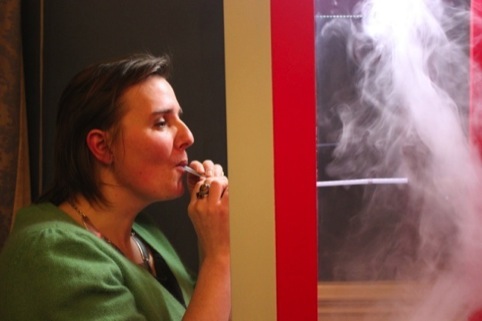 The installation, launched at Feed Your Mind: The King’s Festival of Food and Ideas, uses powerful humidifiers and negative air pressure to create a spinning column of whisky vapour, which can be imbibed.

It comes with the following caveat from Bompas & Parr who presumably want us to inhale responsibly: ‘Inhaling the Whisky Tornado will intoxicate as the alcohol is absorbed through the lungs and straight into the blood, bypassing your liver.’ 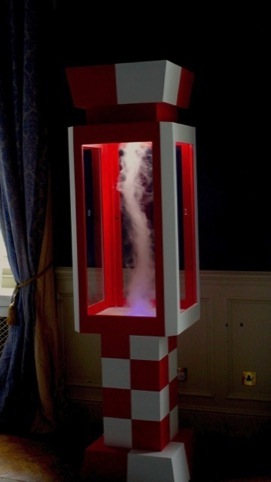 We’re not entirely sure that the liver’s bypassed altogether – presumably there’s some alcohol to be filtered from some blood at some point.

While some of you may be left asking of the whole thing, ‘Why?’ others will ask, ‘Why a tornado?’ Well, Sam Bompas leads us to believe it’s a metaphor for ‘the impact the Scottish weather has on flavour formation in whisky. Sunlight, temperature, rainfall and humidity all contribute to the distinctive aromatics found in the spirit.’

It harks back to a more passive, less-controlled project by designer Marti Guixe who in 2004, created an inescapable gin and tonic fog, or Gat Fog which can fill the air of the room it occupies.

The Whisky Tornado is part of Feed Your Mind: The King’s Festival of Food and Ideas at King’s College London, and will be exhibited to ticket holders of the evening events on Friday 15 March and Friday 22 March at 17:30. Tickets can be booked online at www.kcl.ac.uk/feedyourmind

Do you think 2013 will see confidence return to the design sector, or do you predict tough times ahead?