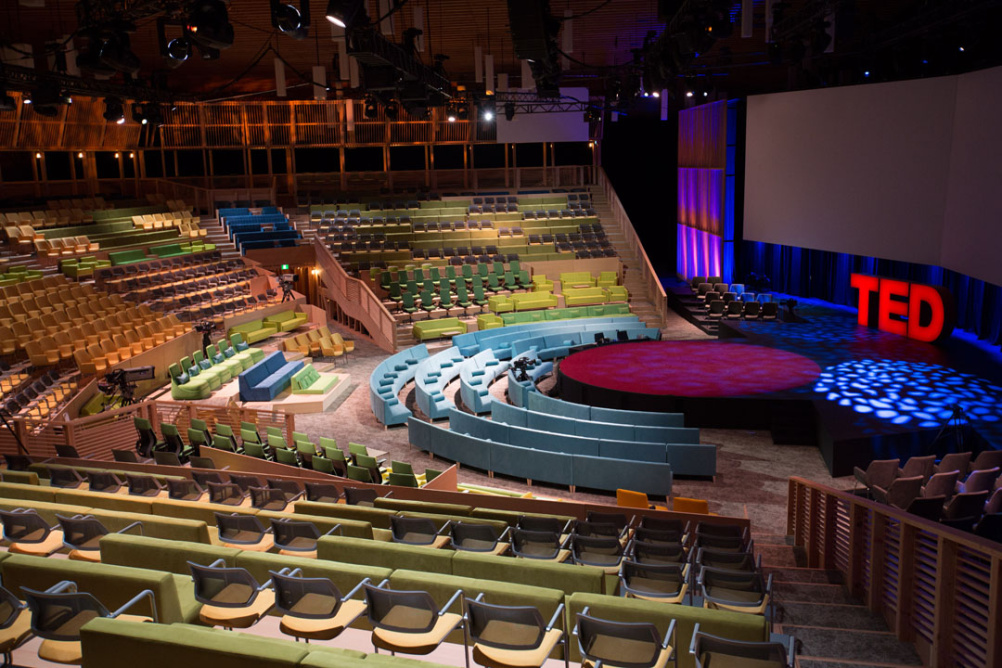 The design is a modular system, which can be deployed rapidly with different configurations and has been conceived to bring audience and speakers closer together.

The theatre will be housed in the ballroom of the Vancouver Convention Centre – the new home for the annual TED Conference flagship event – and is made of locally forested timber, mainly Douglas fir. 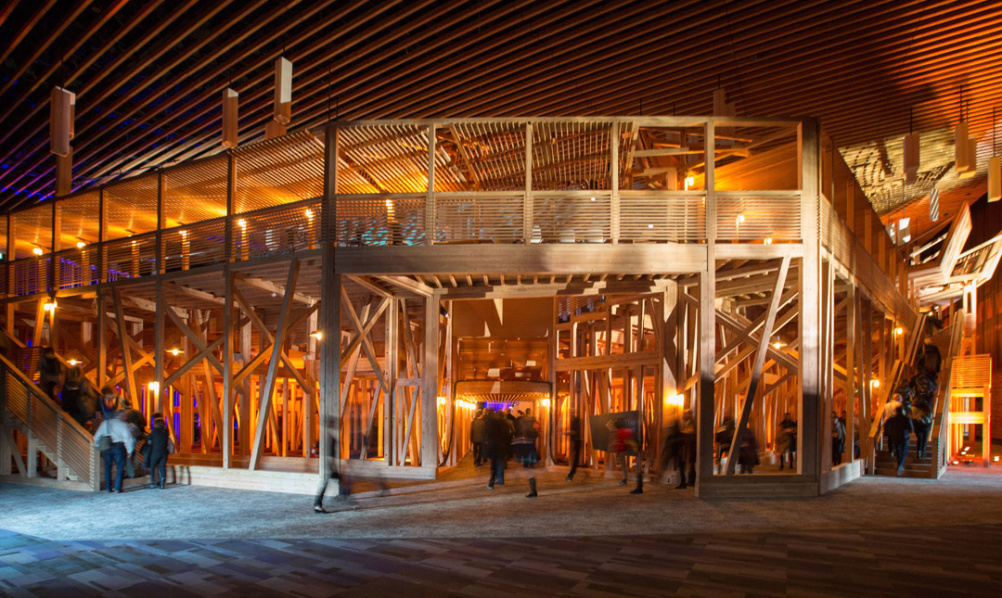 It has a footprint of over 6000m2 and can seat 1200 people who can be fitted into its semi-circular shape in several different ways. 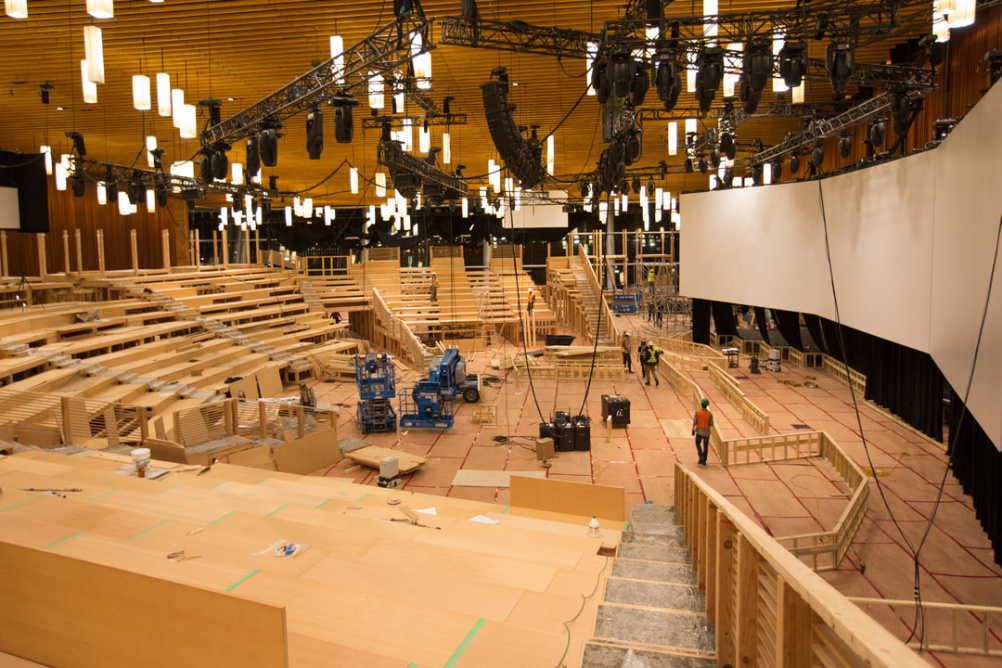 The Rockwell Group took inspiration from scaffolding and temporary communal spaces like campfires.

Social activity, which happens around the talks, has been given prominence in the seating arrangements. 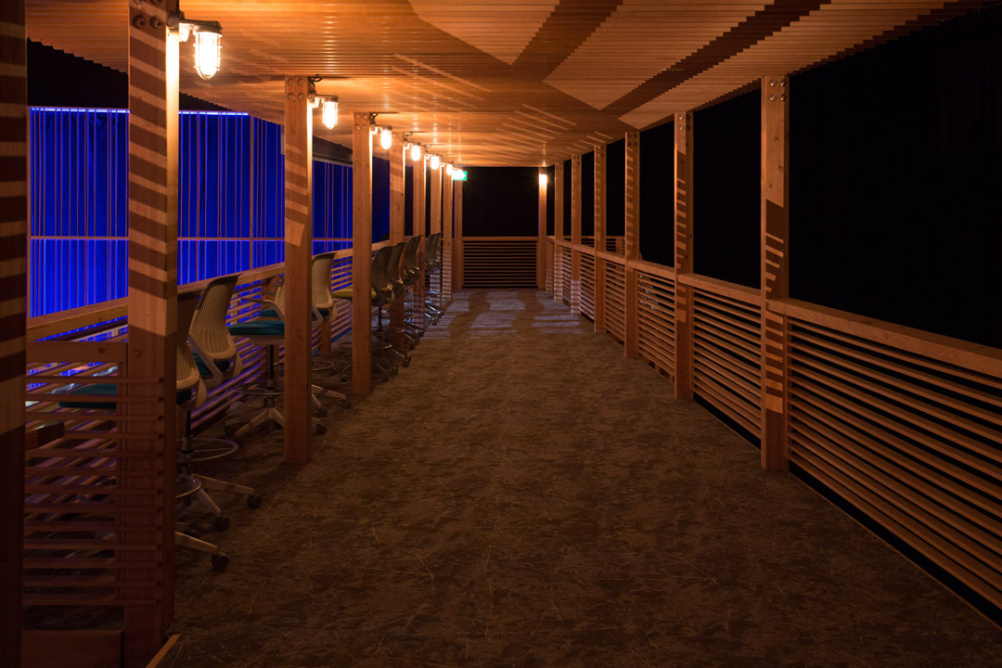 The Rockwell Group says, ‘The theatre will offer more than 10 different seating options, including ringside benches, lounge seating groupings, rows with combination of benches and chairs, and a standing room area in the back row where people can blog without disturbing the rest of the audience.’

Near the front row, custom-built floor lounges and bean-bags are a reference point to ‘the social and informal nature of TED’s New York offices,’ says The Rockwell Group.