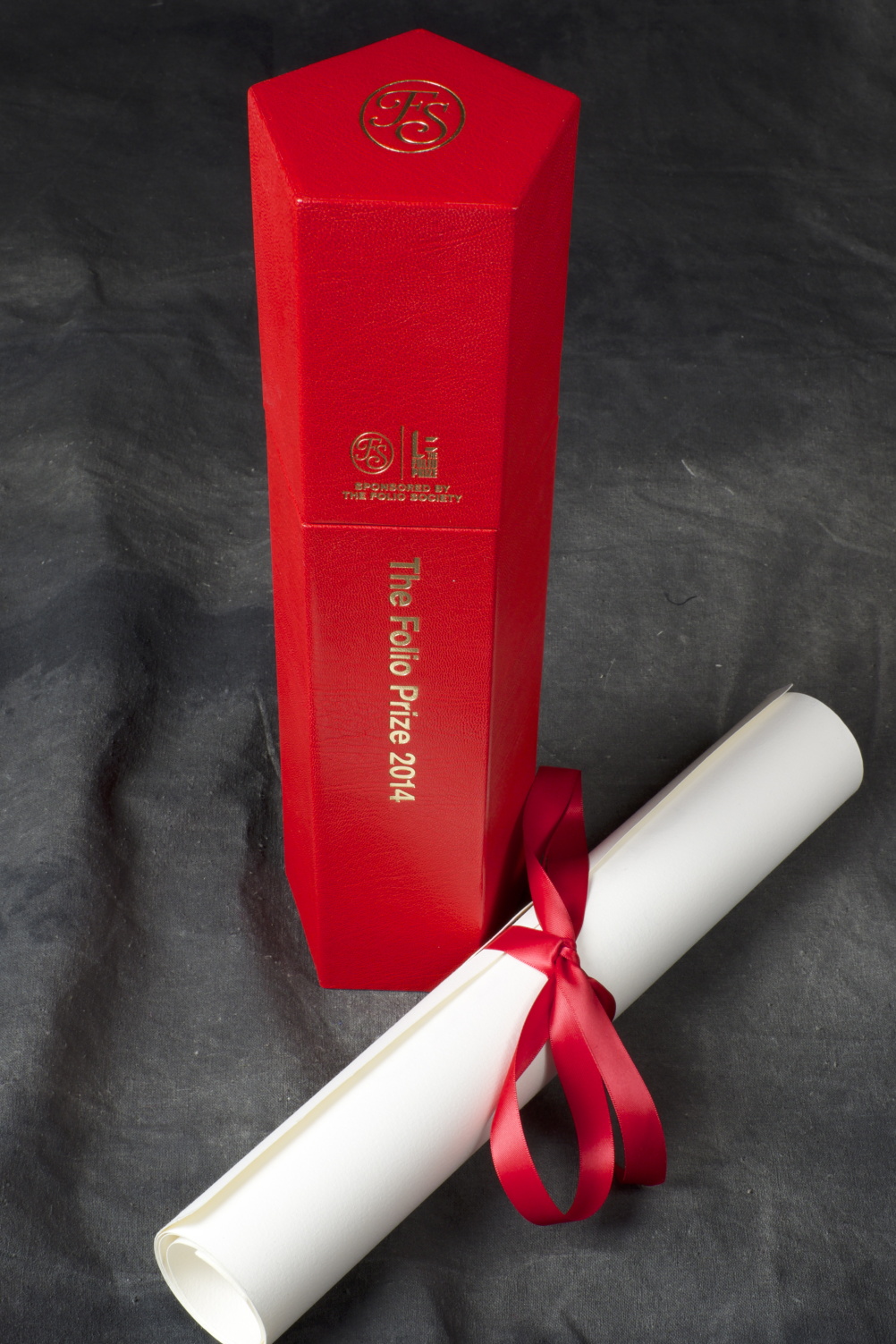 The £40,000 prize has been inaugurated by publisher the Folio Society which has positioned it as ‘the first major English-language book prize open to writers from all over the world.’

It was awarded to American writer George Saunders for his collection of short stories The Tenth of December at a ceremony in central London last night.

The trophy is a pentagon-shaped red leather bound, gold blocked case, with marbled interior, containing a letterpress certificate made by Wyvern Bindery.

Dempsey says that he and Grange were appointed after Folio Prize prize administrator Suzy Lucas turned to her father Christopher Lucas who was director of Royal Society of Arts in the 1990s and recommended the pair in the summer of 2013. 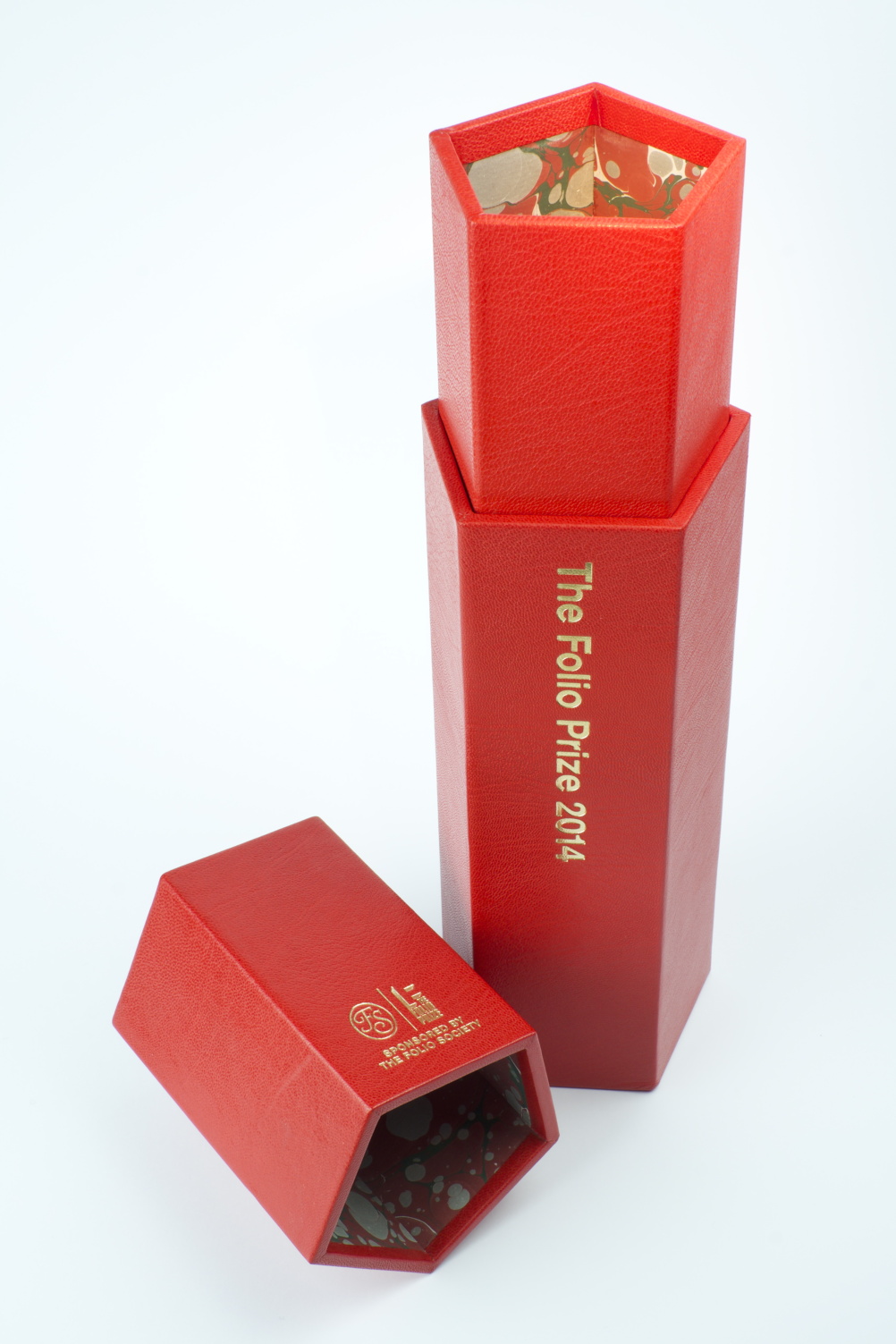 ‘It’s the first time they’ve inaugurated this prize. The Folio Society is all about producing traditional books with a twist and we wanted to replicate that here,’ says Dempsey.

‘Ken [Grange] came up with the shape and then I looked at it from a decorative graphics design point of view,’ says Dempsey. 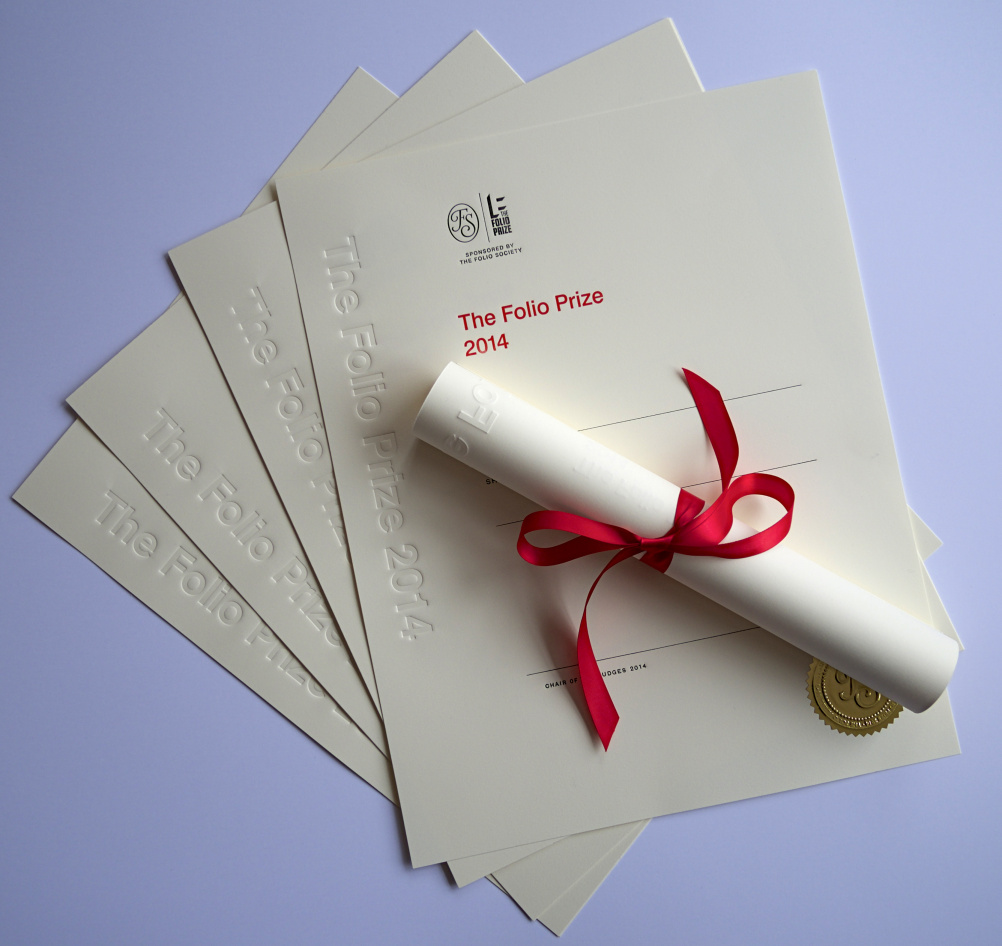 The design was presented to the Folio Society and approved before a letterpress printer and calligrapher were sought.

Consultancies Sunday and Planning Unit have worked on the branding and look of The Folio Prize. 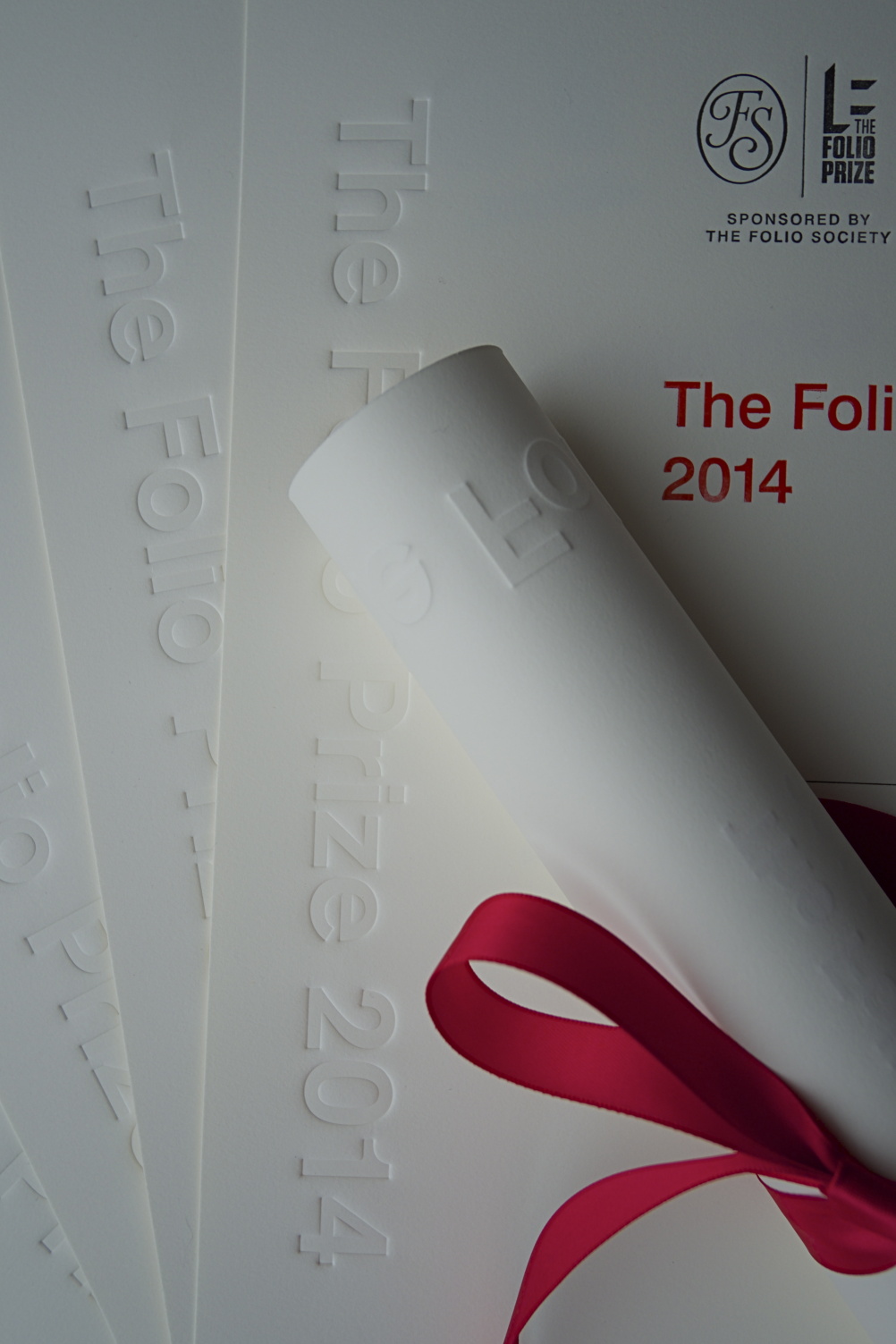