Billed as the world’s first multi-platform live dual-screen football game, Heineken Star Player allows football fans to play along live with their favourite teams, predicting the outcome of key moments as the match unfolds to earn points and compete with friends. When a ‘match moment’ (i.e. a corner, free kick or penalty) occurs, an alert is triggered in the Star Player Facebook game or iPhone app, inviting players to choose between four possible outcomes. When the result plays out, scores are awarded in real-time and players can compare their results instantly with friends. 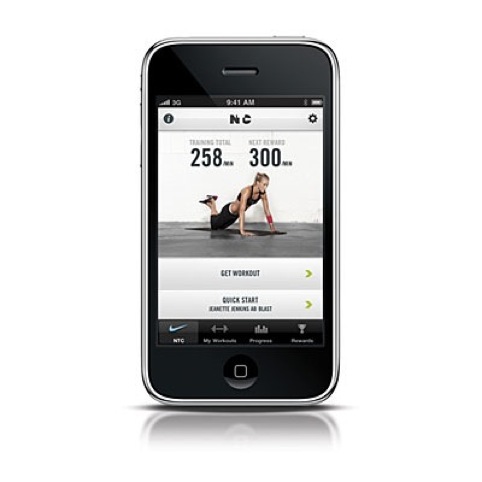 The app is aimed particularly at 17-24-year-old girls, to give them a tool that helps them to work out, lose weight, tone up and enhance performance. It features a range of pro-trainer workouts, built with explanatory videos for more than 100 exercises, detailed audio instruction from a Nike pro trainer and celebrity and athlete rewards to keep the user motivated. Users can also share their progress on Facebook and Twitter. AKQA says Nike Training Club is also the first training app that allows the user to listen to their own music while they work out.

Hat-Trick Design was briefed by Great British Chefs to develop an app that would bring together the culinary expertise of 12 of Britain’s most celebrated chefs, including Tom Aikens and Marcus Wareing. The app features three menus comprising five courses from each of the chefs, with voice-control and ‘how-to’ videos as well as a shopping list function. Hat-trick used a black-and-white colour palette to act as a neutral background foil to the colourful food and editorial-style photography of the chefs.

Illustrators unite to save the badgers