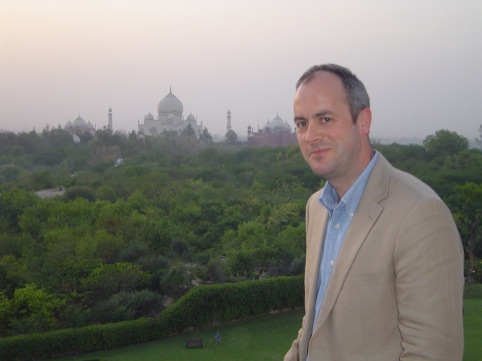 This tick-box, pseudo-scientific approach to assessing agency performance certainly has its frustrations. However, while it can seem a rather blunt instrument, it is at least a worthy attempt to be objective and professional.

By contrast, the initial shortlisting of agencies is usually more haphazard.

In my business consultancy role, I conduct hundreds of client interviews on behalf of agencies as to why a pitch was lost. One of the areas I always cover is how the shortlist of agencies was assembled. My findings show that pitch lists can be a bit hit-and-miss or certainly lacking the rigour of later stages. They usually include one or more incumbent agencies. This can often be the main agency plus another agency that has done some more limited work and is deemed worthy of competing for a bigger opportunity. Then there is the classic ‘I asked around the office.’ Recommendations from colleagues are always powerful. Then, there is often a ‘cold’ agency that has made a pertinent and timely new business approach and so is thrown into the mix. This is an agency that has been knocking at the door with brand-specific thoughts, rather than purely credentials-led information. Some kind of Internet search is also common. This is where awards become important. Many clients tell me that they look first for agencies that are winning awards and accolades.

I am often struck by clients’ limited knowledge of the design marketplace. It is usually a very personal experience of a few agencies that they have worked with in the past, and a few that they have heard of. However, knowledge of the broader design agency landscape is rare. Most clients do not have an overview of the biggest players, medium-sized agencies, specialists, up-and-coming agencies. Senior clients, particularly, tend to have a much better knowledge of the advertising industry.

The result of a haphazard approach to compiling a shortlist, and only a hazy knowledge of the marketplace, is that it can throw up incongruous combinations. I frequently wonder how on earth X consultancy got on a particular shortlist or why a client has not realised that Y consultancy will never fit the bill. However, when asked about the shortlist, I am often surprised by how little difference the client sees between the agencies. ‘They were all pretty similar’ is a frequent comment. Agencies must accept the blame for this. They are often failing to communicate their difference.

So if agency shortlists are seemingly so haphazard, what can agencies do to cut through the competition and secure their place on the list?

• Work harder to accentuate your agency’s real differences versus competitors. Do you have a distinctive positioning or a list of generic benefits? Put yourself in the client’s position and ask, ‘What are we offering that is different and better than other agencies? Have we crystallised it? Is it being successfully communicated?’

• Try to understand the real motivations for a pitch. Understanding where things have gone wrong in the past is important. This can often relate to the shortcomings of the incumbent agency. Comments such as ‘our agency has let us down on client service’ or ‘creativity is becoming formulaic’ point directly to what the client is now looking for. Some of this can be difficult to obtain but closer questioning can often reveal, or at least partially reveal, it.

• If you are the incumbent agency, have you developed enough advocates within the client organisation, not just supporters? Would you pass the ‘I asked around the office test’? Do you have a consistent, structured approach to client development so that the client understands your full skill set? There is nothing worse than being overlooked for a project that you are well capable of delivering, because the client has you in a particular box.

• Credentials-led new business activity tends to get lost in the crowd, whereas brand-specific views and opinions can raise you above the competition. Clients want to know what you think, not just what you’ve done.

• Winning an award is great but making it really work for you requires some extra marketing effort. Don’t just sit back and congratulate yourselves, but devise a plan for how the award can be leveraged.

• It is extremely unusual for an agency to win a pitch when there is no pre-existing relationship with the client. Therefore, if you are the ‘cold’ agency on the shortlist, have you met the client before the pitch? If not, there is little value in simply getting on the shortlist. It is the opportunity to build a relationship that counts.

• Once you are on the pitch shortlist, look at what the client really wants and who the other agencies on the shortlist are. Does it play to your strengths and do you have a realistic chance of winning? If not, it is probably better to divert resources elsewhere. Don’t be defeatist but do be realistic.