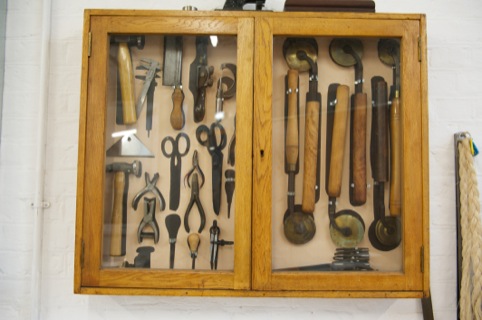 Funded by membership fees and benefactors, the centre, in Hackney’s Fish Island, will offer classes and workshops for beginners and professionals in letterpress, book binding, paper-making and alternative printing, as well as offering studio hire for artists to use the specialist equipment housed there.

Centre founder Simon Goode says, ‘I want people to have access to the sorts of resources and experiences which inspired my first and most enduring love of art. For me this is art at its most wonderful and I want to share it with as many people as possible.’

Goode, who graduated in Book Arts and Crafts from London College of Communication in 2006, says that the official opening will be the culmination of seven years of planning, with the main catalyst being an American road trip he describes as ‘like a holy grail’.

He spent three months travelling from New York to Los Angeles on a fact-finding mission to see the US’s dedicated spaces for book arts, paper-making, book binding and typesetting.

Despite its art and design credentials, London – until now – has had no centre where people can access equipment that allows them to explore all stages of making a book, from letterpress to binding to making paper.

With a renewed interest in craft and traditional printing techniques, it seems Goode may have hit on a perfect time to open such a place.

‘I think it all stems from when I was on my course’, says Goode. ‘I was learning these amazing skills and processes that I  didn’t previously know about – things that as a designer you might take for granted.’

After graduation, Goode gradually began amassing some rare and unusual pieces of equipment, found with the help of a supportive and friendly community of printers and print fans.

‘There are a lot of retired printers who are willing to give you things if they know they’re going to a good home and that they’re going to be used’, says Goode. ‘But in the five years since I’ve started collecting them the prices have really increased. When I first started collecting them you could get things for next to nothing. But with the growing interest in craft and things the prices have shot up.’

The centre aims to create a new community hub for designers and artists, providing a space where designers can mix with fine artists and craftspeople and create a relaxed environment for cross-disciplinary projects and experimentation. 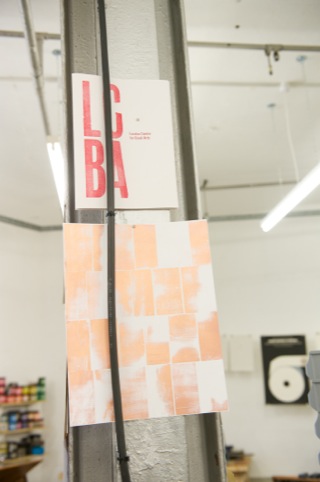 Alongside Goode, the centre is currently staffed by volunteers and interns, who receive an hour of studio time free of charge for every hour of volunteering. Goode’s partner is responsible for the centre online presence and social media.

The branding for the London Centre for Book Arts was designed by American artist Ira Yonemura. In keeping with the friendly, DIY nature of the centre, Yonemura came on board having met Goode on the Minnesota leg of his road trip.

Goode says, ‘I was always quite conscious I didn’t want anything too slick and shiny. I liked working with Ira as he’s an artist, so not necessarily versed in traditional branding. He’s a sign-writer as well and does a lot of work on paper. We’re hoping to make a number of editions printed ourselves, and he’s going to help with that too.’

It’s hoped that cross-disciplinary collaborations will become part of the fabrics of the centre, with Goode stressing that he’s very much ‘open to ideas’ from interested artists and designers.

‘It’s nice for people who wouldn’t ordinarily do things like printmaking or binding to get their hands dirty’, he says.

‘These are skills that are life-enhancing – they go beyond usual craft skills and are amazing and empowering – being able to create your own books, from start to finish – from making the paper, to typesetting, printing, binding and finishing. In our generation these are radical concepts.’

The London Centre for Book Arts is currently running trial workshops before it officially launches with the website and members scheme at the end of the month at Britannia Works, Dace Road, London E3. For more information visit londonbookarts.tumblr.com/