Sherry has opened a new office in Sydney, Australia, headed up by consultancy founder Alan Sherry. The consultancy has some existing Australian clients, including Sydney Council. The opening coincides with Sherry’s launch of a new consultancy logo and website.

The Brand Union has appointed Dyfed Richards as worldwide creative director, consumer branding. Richards, who will work across the consultancy’s 21 offices around the world, joins from Interbrand, where he was global executive creative director.

Robb Green has created the brand identity for the Older Gent Academy, a new membership opportunity being launched by dating site myLovelyParent, where adult children help their parents find love. The logo features the academy’s name laid over a print of a traditional crest and will be rolled out on myLovelyParent’s website on 1 January 2013.

London-based consultancy th2ng has collaborated with maverick director Tim Burton to produce the music video for Here With Me by The Killers. The video, which stars Winona Ryder and Craig Roberts, took inspiration from the 1935 horror film ‘Mad Love’ and was shot in various locations in Blackpool over two days, including the famous Blackpool Tower Ballroom. 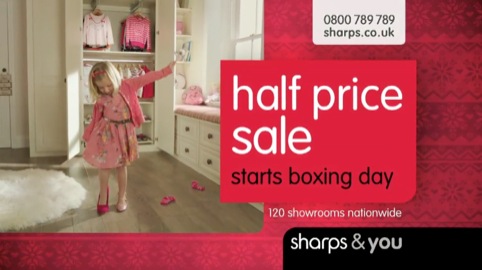 The Market Creative has created the visual identity for Sharps Bedrooms’ winter campaign. The consultancy used a repeating Nordic print on a bold red background for the campaign, which has been applied to the TV advert, in-store materials, press advertising and the new brochure.

Smith & Milton Bristol has designed a new website for the Exeter Phoenix, a multi-purpose venue for the arts. The website features a bold multi-coloured graphic and was designed to bring together all the activities at the Phoenix, which include music, film, art, theatre and comedy as well as an education programme, while integrating its box office ticketing system. 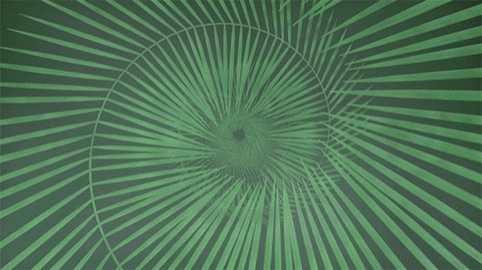 POSTmatter.com, the online extension of the iPad magazine POST, has made an interactive film for Comme des Garcons’ new perfume, Amazingreen. The perfume is conceptualised as a journey through a rainforest with the different components of the fragrance appearing as 3D animations. These are controlled by the spectator’s cursor and transformed into a series of electric-green kaleidoscopic patterns.

Consultancy MRM Meteorite has collaborated with residents of homelessness charity St Mungo’s to produce a Christmas-themed animation. The animation features a snowman and a homeless man sitting outside in the snow, with the sign off reading ‘Only snowmen should be living outside in winter’, and aims to promote the work of the St Mungo’s street outreach team over the Christmas period. 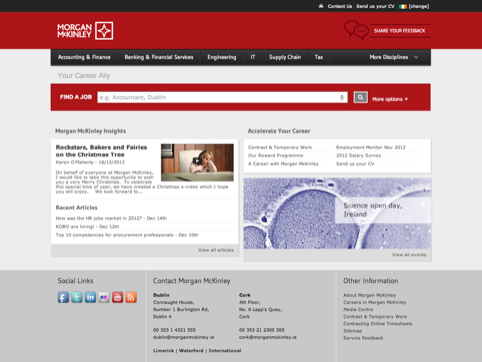 Morgan McKinley’s in-house design team has created a new identity for its website. The new design has already gone live in Australia, Hong Kong and Ireland with its other global offices, including the UK, launching the new design in January 2013.

Consultancy Taste Design has created the new brand identity for Edinburgh Airport. The logo is bright purple and merges the air traffic control tower with Edinburgh Castle. Along with its new strapline ‘Where Scotland meets the world’, the logo will be used on all 3500 pieces of airport signage as well as uniforms, equipment and merchandise.

London-based consultancy Your Studio has been chosen to create the new global stakeholder identity for YouTube. The consultancy will create a series of identities as part of YouTube’s marketing package for advertisers. Howard Sullivan, creative director at Your Studio, says, ‘The challenge here was to create identities which are strong in their own right but which also sit within the existing YouTube brand.’