Philip Watts Design has created a new concept store for Greggs called Greggs The Bakery, which will look to emphasise the brand’s ‘baking credentials’.

The consultancy was appointed a year ago to work on two concepts for Greggs – the other, Gregg Moments, is a coffee shop concept which opened last year.

For Greggs The Bakery, which has opened at a site in Gosforth near Newcastle, consultancy founder Philip Watts says he looked to ‘reinforce Greggs bakery credentials in terms of what the public might perceive a bakers to be.’ 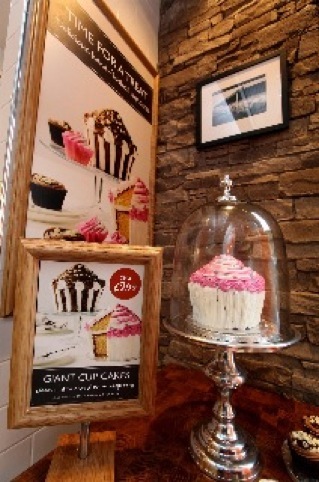 The store, which is located in what was the first-ever Greggs shop which opened in 1951, has been reconfigured around ‘central shopping features,’ says Watts, ‘so it is less about grabbing a sandwich and more about product focus’.

This focuses on a long display counter and a central island unit to show confectionary lines and encourage browsing.

Fresh bread and traditional confectionary are displayed around the shop, which features oak and Corian extensively.

Front panels of fridges feature friezes of chopping boards under the deli-style sandwich counter, and rolling pins beneath the cakes, ‘to create a dialogue with what’s going on above,’ says Watts.

Antiquities have been added, including a baker’s delivery bike and a traditional set of weighing scales to reference the beginnings of the business. 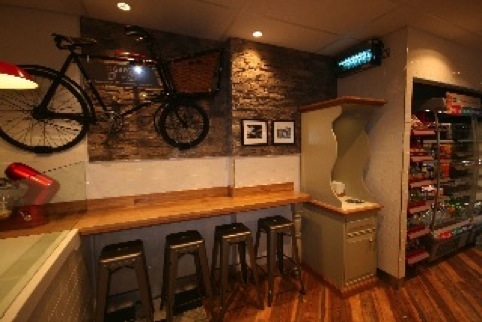 Baking equipment in view of the customer has been colour matched with fittings to give an ‘aesthetic and functional’ harmony according to Watts who wants to place the customer ‘in the eye of the storm’.

Greggs The Bakery’s brand has been designed by Gratterpalm and according to Watts further sites are likely to be considered as part of an extended pilot scheme.

Greggs chief executive Ken McMeikan was reported as saying that ‘potentially hundreds of shops’ can take on the new Greggs The bakery format.

Jasper Conran replaces Terence as head of the Conran Shop

The best of British illustration

Government names winners of Make it in Great Britain challenge