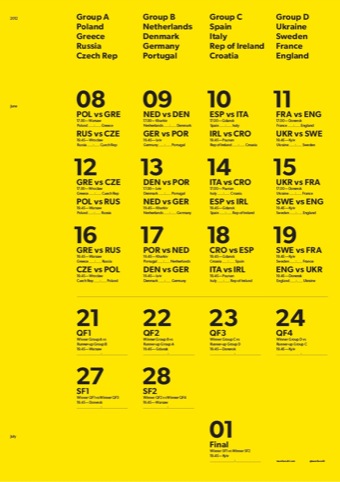 An essential part of any football fan’s kit, the tournament wallchart is traditionally a badly designed mish-mash of stadium phototography, confusing play-off rules and unnecessary pictures of Wayne Rooney.

For its Euro 2012 wallchart, Karoshi has taken a minimalist approach, with strong typography and a clear structure – based on match dates. 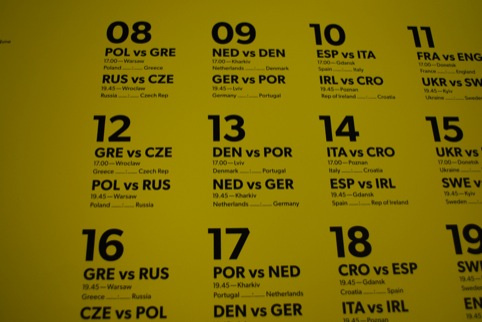 It also leaves the traditional blank spaces for you to fill in the scores and winners.

David Watson of Trebleseven (who previously did these Premier League posters) has created this lovely set of alternative Euro 2012 posters.

Watson has created two different treatments for the posters, both based on circular motifs, which can be adapted with national colours to create and individual poster for each team.

We rather like the effect when all the national colours are grouped together. You can see lots more of the designs here and Watson says prints will be available for those who are interested.

The Euro 2012 brand identity, created by Portuguese consultancy Brandia Central, is the classic example of a ‘brand world’. 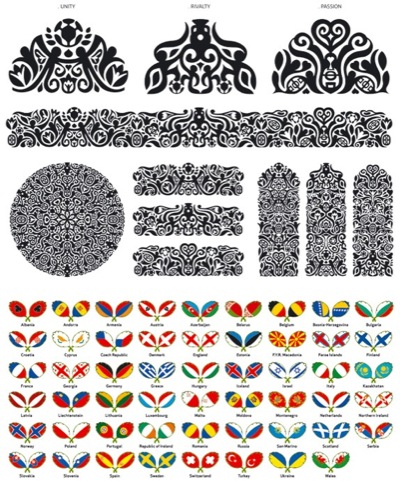 When the flower-based logo – which was developed following brand strategy from Futurebrand – was first unveiled in 2009, the reaction was rather mixed. 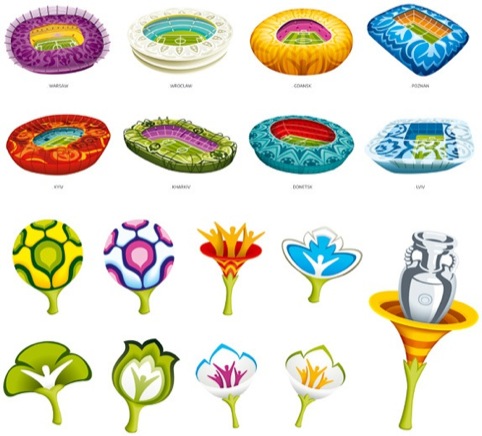 But seeing the different applications – and the full set of visual collateral, including these lovely black-and-white illustrations, the identity has really grown on us.

And finally, on a nationalistic note, we couldn’t ignore the typeface for the new England kit, which was developed by Commerical Type partner Paul Barnes.

The kit, which was created by Umbro’s design team, led by Rob Warner, replaces the previous strip, which was (of course) designed by Peter Saville.

The new kit made its debut back in March, when England last 3-2 to The Netherlands at Wembley. Hopefully not a sign of things to come.