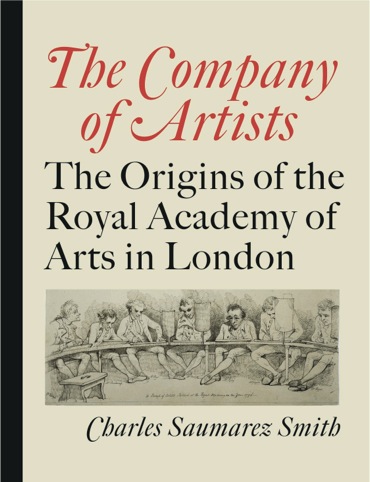 The book tells the story of the RA’s foundation in 1768, which stemmed from an almighty row among members of predecessor the Society of Artists.

Apparently not even the society’s ‘jolly president’ could ‘persuade the disputants to lay aside their mutual bickerings, and drown their heartburnings in bumpers of wine.’

The result, as Saumarez Smith outlines, was the RA, which was set up with the support of monarch George III.

The Company of Artists, by Charles Saumarez Smith with design by Derek Birdsall, is published by Modern Art Press on 15 October, priced at £25.

Which country do you think has the best-designed currency?’

Light from the Middle East