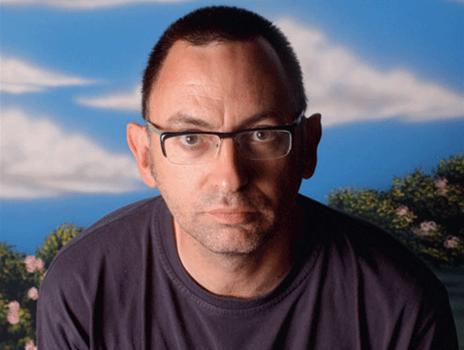 Cameron, who also worked as executive director of Fabrica and most recently as interactive creative director of Wieden + Kennedy London, is understood to have died following a sudden heart attack.

Fellow Antirom member Nik Roope, now at Poke, says, ‘When the time comes to write the history of the development of multimedia, Andy’s impact will be recognised.

‘Andy had an enormous respect and love of the process of making things, but also an incredibly academic brain. As such he was perfectly placed to inspire people.

‘He empowered a lot of people who might otherwise have become indulgent or just floated off out of the industry.’

Onedotzero founder Shane Walter, who worked with Cameron on several projects over the last 20 years, says, ‘He had a tremendous impact on the industry. A lot of people don’t realise how many people were taught by Andy and mentored by him.

‘He was someone who was just incredibly passionate about new media, and he’s a very sad loss.’

Cameron was a tutor at the University of Westminster when he founded Antirom in 1995 with a group of students, including Nik and Tom Roope.

Cameron then went on to join Fabrica, the Italian research centre established by Benneton, in 2001. He joined Wieden + Kennedy London as interactive creative director in 2010, before leaving last year. He was made a Royal Designer for Industry last year.

Cameron was also a regular columnist for Creative Review. CR editor Patrick Burgoyne has written a tribute to him here.