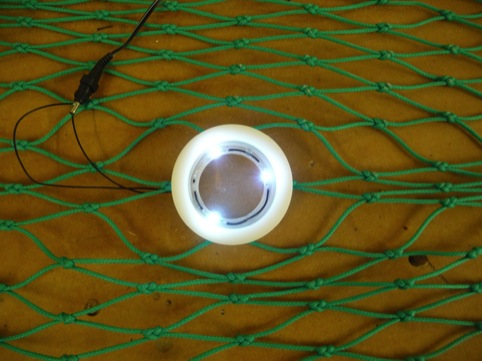 The Royal College of Art graduate who began the project while at The Glasgow School of Art won the UK leg of the award scheme before seeing off international competition against other shortlisted competitors which included designs for a first-aid drone and an air powered motorbike.

Watson, has now won the overall competition, for a design which engineers glowing escape rings to allow juvenile and unmarketable fish to escape.

The design can be retrofitted to nets and keeps holes open when taught and under strain, ‘acting like an emergency exit sign for fish’ says Watson. 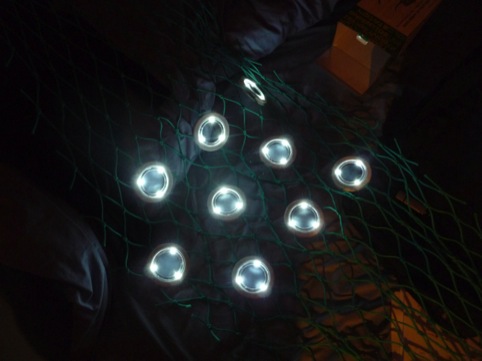 Nearly half of the fish caught are thrown back into the sea but many don’t survive. Watson’s design draws in fish, which are blind to ordinary net exits, offering an illuminated exit.

Additional tweaks to a standard net include a separator panel which helps to discriminate between species. Endangered cod dive when stressed – below a separator panel – where the net is designed with large escape holes, while less endangered haddock and whiting swim up, above the panel where they can be captured.

The net can also be given buoyancy, trawling 1m off the sea bed, minimising disruption.

James Dyson says, ‘This tangible technology approaches a serious environmental problem, we should celebrate it. SafetyNet shows how young graduates like Dan can tackle global issues ignored by established industries in new and inventive ways.’ 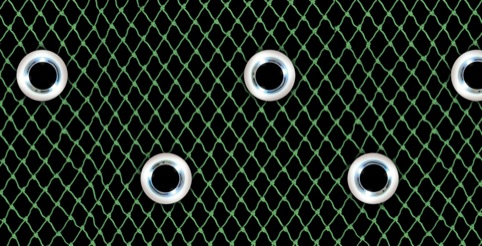 Watson claims £10,000 in prize money, which will be used to develop a range of Safety Net prototypes and finalise government testing.

A Dyson spokeswoman says Watson will now be working with ‘a government body and other companies so they can test it on trawlers.’

One possible outcome from government backing is that if the product was taken on by fishermen, ‘they could be allowed more days at sea,’ says the spokeswoman.

The Beth Project (US) A self-adjusting prosthetic limb, and Revival Vest (New Zealand) which prevents free-fall divers from blacking-out and drowning under water receive £2000 runners-up grants.

The graphics of Harry Potter