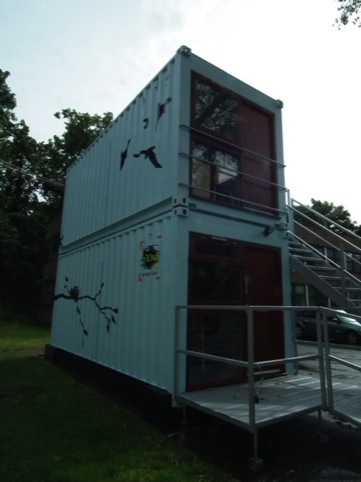 The organisation is working with Robert Kilgour Architects and Midlands-based consultancy Essence Design to develop the mYPad initiative.

Through the mYPad scheme, Forest YMCA will lease one of the bespoke shipping containers to a homeless person for a cost of 33 per cent of the full-time minimum wage. The idea is that this will give the person a chance to save up for a deposit and first month’s rent for a rental property.

mYPad is currently running at a test site in Walthamstow, east London, and there are plans to roll the initiative out later in the year.

Essence Design was appointed to create the branding and graphics for mYPad having previously created the London Forest YMCA branding, according to Essence founder Regine Wilber.

Wilber says the graphics have forest connotations – linking into the London Forest YMCA name, and also feature a cityscape and ‘play with nature’.

The graphics are sprayed directly on to the containers at lower levels, to make them more hard-wearing, while vinyl graphics are used at upper levels.

Wilber says, ‘This is a new approach to helping solve the housing crisis and using creative skills to ensure the containers are not just metal shells but offer a decent step on the way to renting.’ 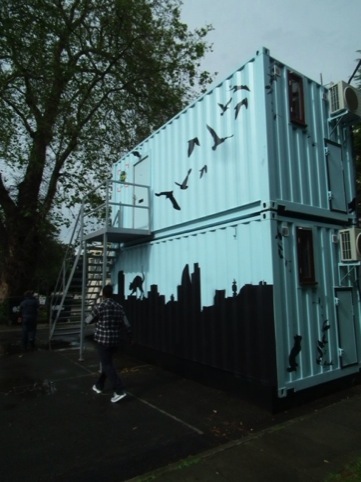 The Plant and Blacksheep create Jamie Oliver at Gatwick brand

No, I don’t want to see your brand dodecahedron