A couple of months ago Sony and WWF asked the following question: ‘How can today’s technology help us make the most of our planet’s resources?’. As the basis of an online crowdsourcing initiative called Open Planet Ideas, this broad, open question was essentially directed at the whole world. And people have begun to answer, with the Open Planet Ideas website receiving more than 330 initial ‘inspirations’ from an online community that is now considering concepts for turning Sony technology to environmental good.

Open Planet Ideas is approximately half way through its process and has entered an interesting phase, in which a whole range of early ideas is being distilled and refined into more concrete proposals for products and services. At the time of writing, there were more than 150 concepts being discussed.

For the organisations involved – Sony, WWF and design consultancy Ideo – the Open Planet Ideas programme provides a valuable insight into the concerns and priorities of the public (and perhaps various specialists) in locations across the globe. These priorities became clear when certain themes emerged from the programme’s ‘inspiration’ stage, allowing the ideas to be placed into a small number of concept categories.

‘Once the inspirations phase was closed, the expert panel reviewed all 335 contributions and we quickly established that there were six recurring themes. It is these six themes that have been mapped out as the challenge brief,’ explains Tak Kawagoi, director of Sony Design Centre Europe:

Within these categories many concepts have been proposed, from unmanned floating platforms to clean up plastic-polluted oceans, to smarter home energy monitoring systems, to software that calculates the environmental impact of various personal actions, allowing people to make informed decisions about their behaviour. A popular idea, which has been suggested in a few variants, is to develop online communities that can monitor environmental damage in various parts of the world and then unite to lobby governments and businesses to respond. 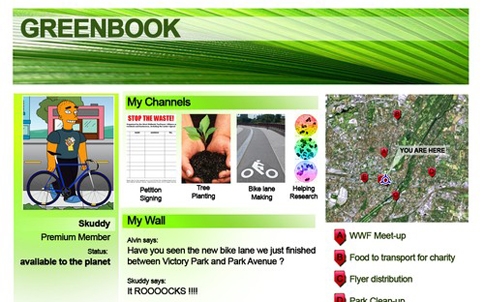 Kawagoi picks out two ideas as interesting and noteworthy. The first, Sustainable Shopper, could use Sony’s contact-less card-readersystem FeliCa to allow consumers to scan product packaging in order to receive information on the environmental impact of their potential purchase, answering questions such as: ‘Is it organic? How much fuel was consumed to transport it? How much water was necessary to produce it?’ and so on. The second idea is Greenbook (pictured), a social network platform for sharing and geographically recording environmentally positive actions, with a possible reward-based system for those who achieve certain levels of activity. ‘Today, in a generation of Web 2.0 users, we have the ability to fuse social media and location-based applications. In this aspect, Greenbook is an interesting way to engage consumers in the topic of sustainability,’ says Kawagoi.

But as with any remedial initiatives for the environment, it is hard to know where to start. This is illustrated by the wide range and differing scales of the Open Planet Ideas concepts so far. The extent of environmental degradation is critically serious (and worsening) in many parts of the world, and the problems are especially ominous in China, the world’s rising giant.

In his book Collapse, environmental historian Jared Diamond writes that if China achieves its aim of delivering a First World lifestyle to its vast population, the costs will be enormous. As a measure, he uses the total world production and consumption of four major industrial metals – steel, aluminium, copper and lead – which he says would rise by 94 per cent globally if China achieves its ambition, even if consumption and production in all other countries combined remained static. In other words, in terms of industrial metals production and consumption alone, and assuming rises only in China and nowhere else, the entire world’s human resource use and environmental impact would approximately double. Even more simply put: not everyone can live the way we presently do in the UK and other developed countries. Something has to give.

This is the context in which Open Planet Ideas throws down its challenge. The difficulty for those involved is to identify where and how design, engineering and technology can really help. Many of the inspirations and concepts gathered so far are wider in scope than just technology, often relying on campaigns, major awareness and behavioural change, and possibly private, personal and government investment. Given the human and social dimension to environmental impacts, this approach to the problems makes perfect sense. But how should Sony, WWF, Ideo and the Open Planet Ideas expert panel respond to the concepts being put forward?

‘What really strikes me when I look at the Open Planet Ideas website is the variety of problems being addressed and the innovative ways in which our community members propose [these changes] could be achieved,’ says Kawagoi. ‘What we are hoping for is something inspiring, something that our community, expert panel and Sony R&D team see, like, and believe could be developed commercially. And as part of our commitment, Sony is dedicated to ensuring that the details of the final proof of concept are shared with organisations that might have the appetite and expertise to make it a reality.’

Because crowdsourcing and co-design in this way are still fairly nascent models, it is not necessarily clear exactly how everyone should proceed. The Design Council’s co-design and service design initiative, Designs of the Time – staged to date in Newcastle/Gateshead and Cornwall and the Isles of Scilly – provides an example of co-development in the area of public services, where, like environmental practice, the public may have a strong view, useful ideas and a vested interest. 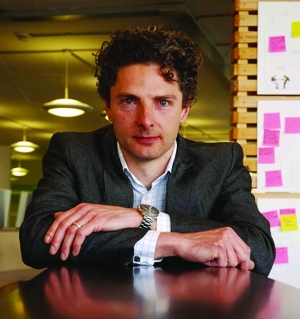 ‘In Dott, it has been quite challenging for designers at times, because it was not always clear whether they weresupposed to be facilitating the community or leading by using their expertise,’ says Mat Hunter (pictured left), chief design officer at the Design Council.

According to Kawagoi, Sony’s expertise will come to the fore during the evaluation stage, beginning in early December, when up to 30 concepts will be selected and the possible use and reappropriation of Sony technologies will be examined more critically by designers and engineers. 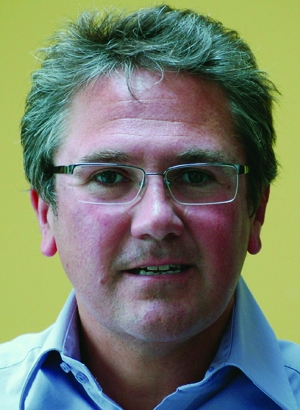 Broadly speaking, if designers can rise to this challenge then crowdsourcing and co-development could createbetter, more relevant products and services, claims Clive Grinyer (pictured right),director of customer experience at Cisco’s Internet business solutions group. ‘The chief designer of a car company once revealed that, when asked, what most people wanted in a car is a toilet, but, of course, that isn’t possible. Well, why not? Great insight right there, and that’s the point of collaboration and co-creation,’ says Grinyer.

He adds, ‘This is a challenge to designers, but also an opportunity. Ideas need to be developed, put into context, experience prototyped, designed and implemented. Ideas from outside [an organisation] can be direction-setting and identify areas of interest that designers can build on and provide that other vital factor, horizon pushing. That is the weak spot of crowdsourcing – it tends to be reactive to the current, the present situation. If it is futuristic, it tends to be fanciful and fantastical. But, like the in-car toilet, if we listen carefully, it might signal the future.

Try shoreditch for fun and unpredictability

The kids are alright