French artist Jacques Rival has created the IFO (Identified Flying Object) installation – a giant cage whose bars are illuminated in rainbow colours, which will be hoisted into the night sky above London’s King’s Cross over the next two years. 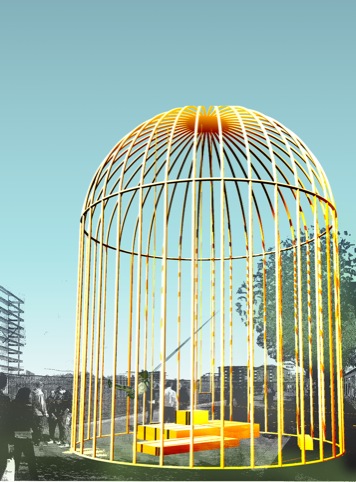 The 9m-high, dome shaped cage – which will be in situ until 2013 – will be anchored to the ground during the day-time, and visitors will be able to climb through the bars and play on the swing in the centre, enjoying the views of the development (of the King’s Cross building site…). 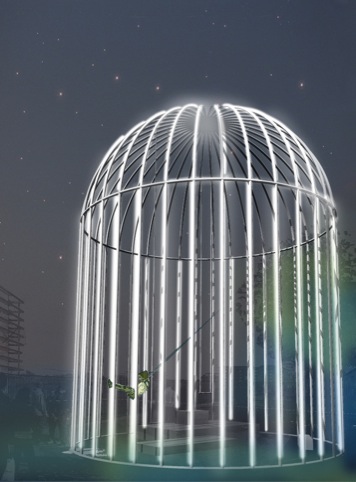 IFO is part of the nine-year Relay art programme at King’s Cross, which aims to bring contemporary artworks to the site – which, among other things, is the new base for Central Saint Martins College of Art and Design.

The first three years of Relay are being curated by Michael Pinsky and Stéphanie Delcroix, who say, ‘Jacques Rival’s response to King’s Cross is both poetic and pertinent.

‘This nomadic sculpture follows the flux and flow of this new district, which is evolving day by day. Over the coming months IFO will be found over coffee kiosks, amidst the construction sites, on building and, of course, in the sky.’

IFO (Identified Flying Object) is at King’s Cross, London, from 16 November through until 2013.