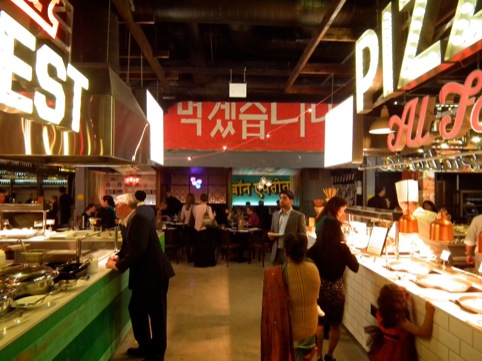 The 2800 m2 restaurant is based on an Oriental street market concept, and can seat up to 1000 diners at one time. It is owned by an independent group fronted by chef Nitin Bhatnagar, who approached Mystery to create the concept. The consultancy was appointed without a pitch and began work on the project in April this year.

It developed the concept of the night market, and chose the Za Za Bazaar name, having been briefed only on the kind of food offers Bhatnagar wanted to include.

Dan Einzig, managing director and founder of Mystery, says, ‘All he specified was the food. We came up the bazaar idea, which has a definite outdoor feel to it.

‘It’s quite dark but with lots of neon. The overall feel is a night time effect, with festoons of lights strung between the pillars and each stall having a live chef. From an interiors perspective we tried not to copy, but to be inspired – it references street stalls but has a very contemporary and modern feel.’ 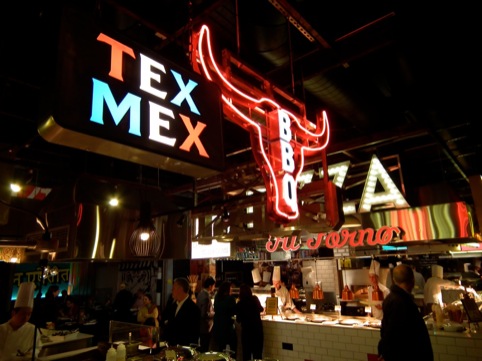 The basement space forms a bar area and waited table service. This space aims to have a more ‘premium’ feel, according to Mystery, and features a lounge area with leather upholstered daybeds, booth seating and an internally-illuminated copper canopy.

Einzig says, ‘The brand is really central to the whole proposition. Everything stems form the brand positioning – the idea of bringing together different nationalities.’

It is hoped that seven more Za Za Bazaars will open, which will all also be designed by Mystery. The next outlet will open in Norwich in spring 2012.