Polaroid has launched its first UK website, which has been overseen by digital strategy consultant Richard Bone, who operates under the consultancy name Creacion. 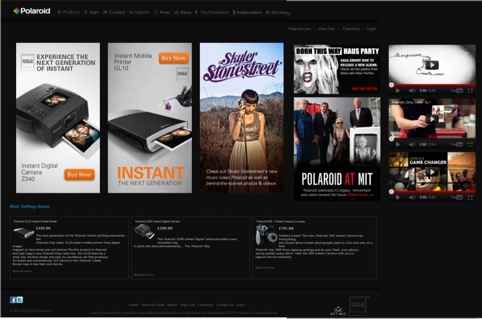 Bone was brought in by managing director of Polaroid License Europe, Graeme Chapman.

Polaroid License Europe is now at ‘stage-one of a four-stage process’ according to Bone, who says he was asked to look at content and ecommerce in a way which would ‘engage the brand directly with consumers’.

Front-end look and feel was driven by back-end development, overseen by Bone and built by web build company Actinic.

PLE is licensed by American parent company PLR Holdings which controls how the Polaroid brand image is used.

‘Colouration and style has to follow and be signed off by PLR’ says Bone.