Someone has designed a branding system for the Torch Tower Hotel, Doha, Qatar, using the building’s form and a colour system drawn from sunsets and sunrises. 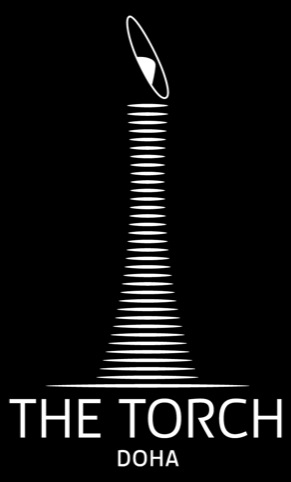 Appointed ‘on reputation’ last year, Someone co-founder Simon Manchipp says the consultancy was part of a ‘naming consortium’.

‘The iconic status of the torch tower would be the icon which came to signify the hotel itself,’ says Manchipp.

Referencing the transparent structure, which stands 300m tall, Manchipp says, ‘The brand world describes the physical architecture and hints at the environment – extraordinary sunsets taken directly from the sky to make a pink and orange brand world.’

‘We’ve made slight alterations to the Typeface Gesta, which has been crafted in a bespoke cut for the wordmark,’ says Manchipp.

‘It reflects the care, attention and craft of light in the hotel which has been designed to flow through the rooms,’ he adds.

The hotel has opened this week and Someone will continue to work with it on a roll out from ‘print to pixel’ says Manchipp, who adds that the new brand will permeate online check in, and the customers stay at the hotel, including applied signage.

Should the impact of design be measured?

Voxpop – If you could create a robot to do anything, what would it do?