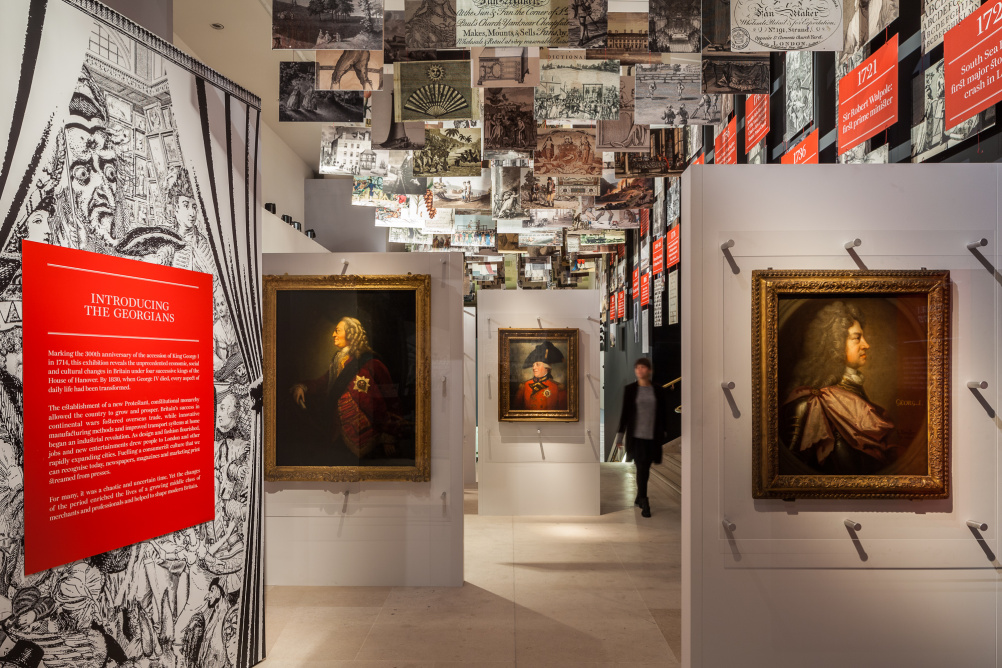 The consultancy has created an interpretation of the exhibition and worked with Studio Fernando Guiterrez on the design of the show.

The exhibition celebrates the 300th anniversary of George I’s accession to the throne and looks at the social and cultural life of the Georgian period and its legacy on Britain today. 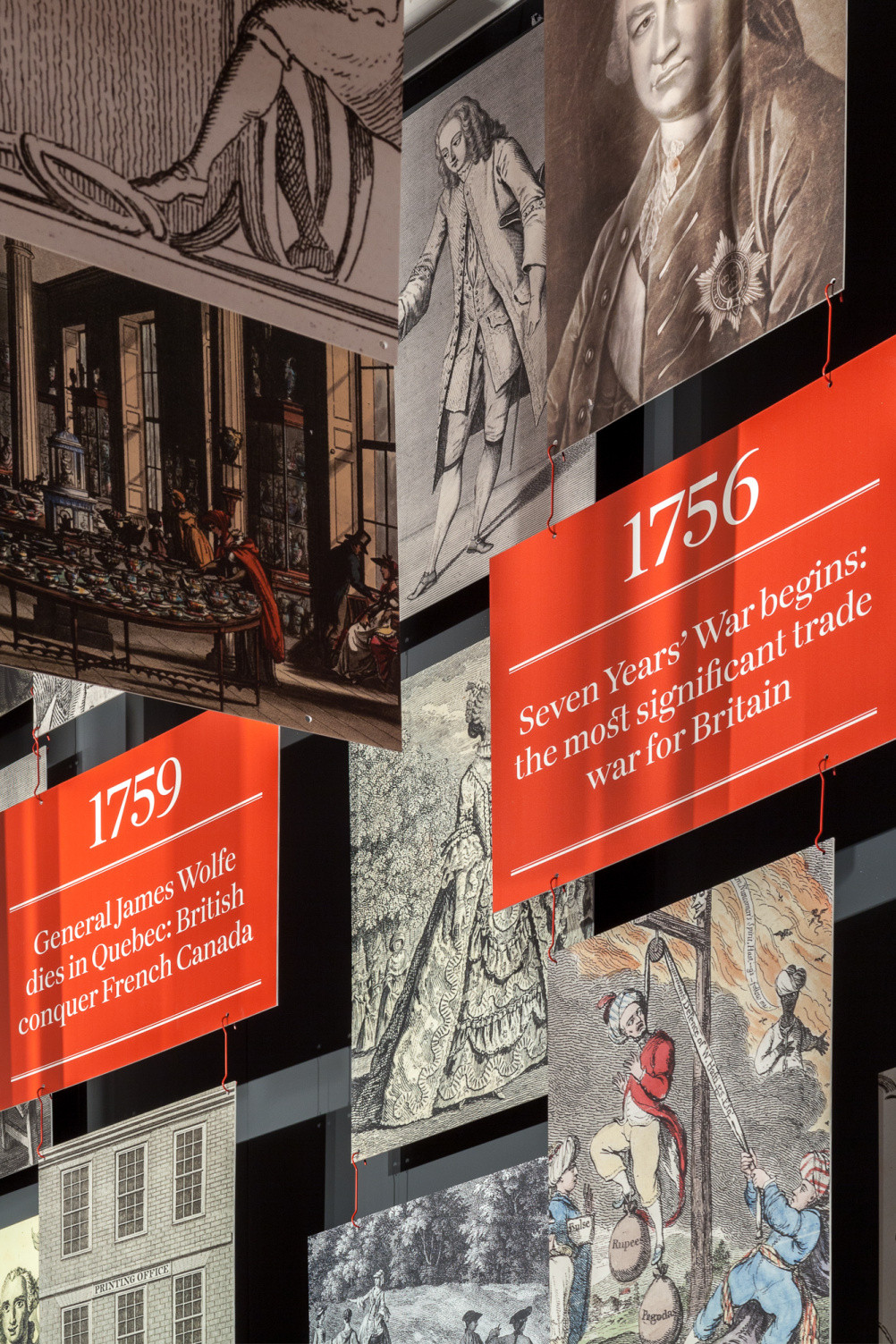 This includes the first-ever British fashion magazines, interior design portfolios by the likes of Scottish architects the Adam brothers, Britain’s first celebrity scandal in the press, and according to the British Library, ‘The 1783 novel behind Pride and Prejudice, Fanny Burney’s Cecilia, which made the young novelist a household name.’

The exhibition begins with an introduction to the Georgian period on the upper ground floor level using original paintings of the four King Georges who lend their name to the period. 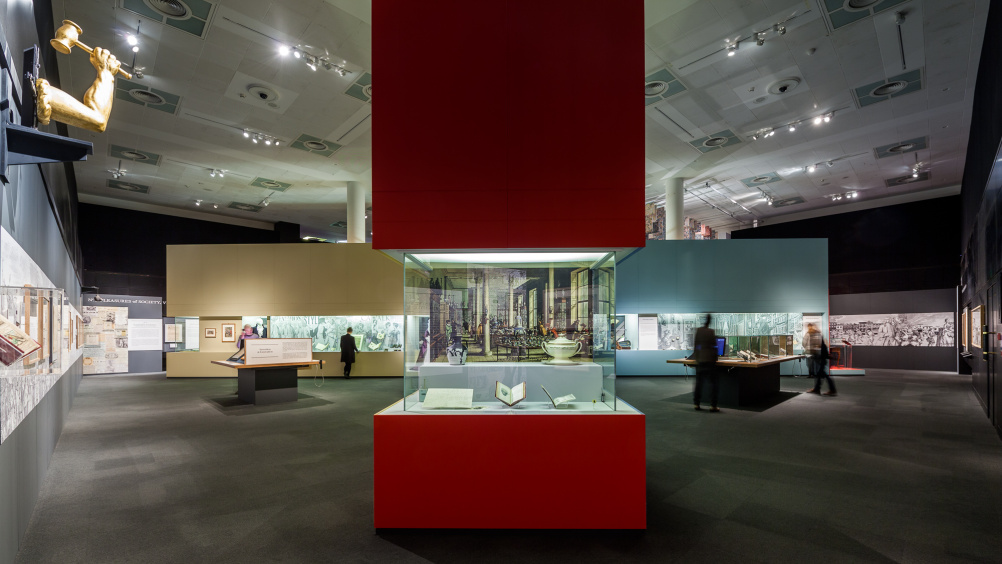 This same space houses a 3D collage compiled from British Library images reflecting Georgian life and political events of the time. Its layered graphic effect means a timeline can also be expressed.

The exhibition is organised on the axis of an X shape, which lends itself to a narrative telling of ‘the interconnections’ between four main themes explored in the exhibition. 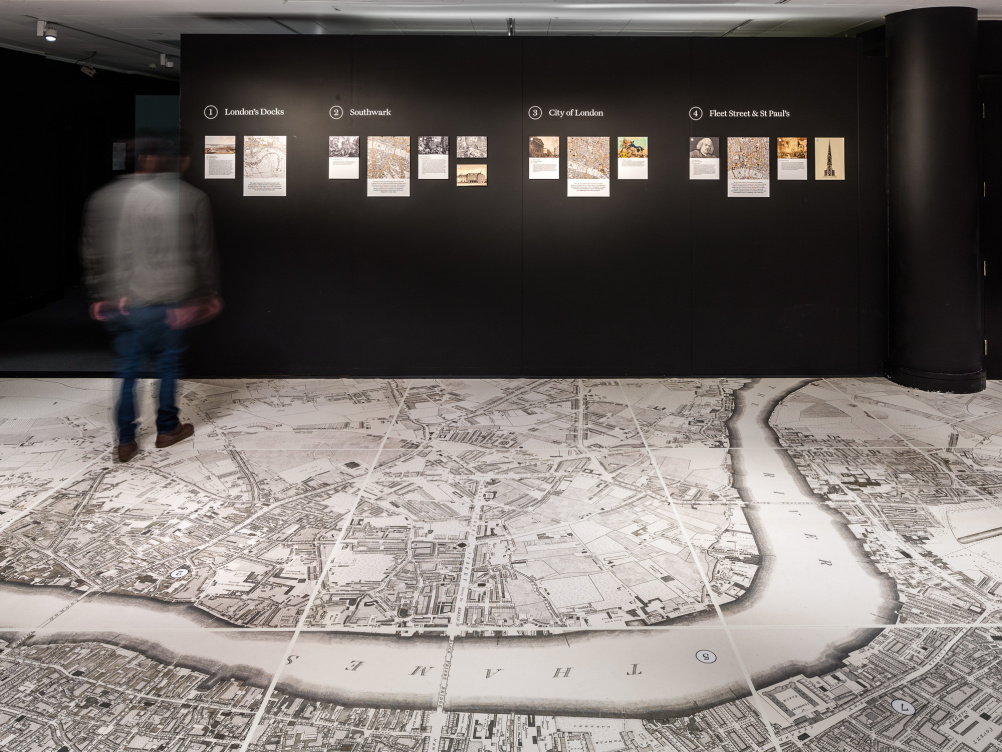 These are the introductory section, which gives way to Public Places and Private Spaces, Shopping and Acquiring Style – covering social pleasures and how they influence similar patterns of behavior today – and also a 70m2 Georgian map of central London highlighting Georgian buildings and institutions in London and their importance today.

‘Windows within each section allow vistas across to other sections and other exhibits to highlight the many connections between different elements of the Georgian period,’ according to Urban Salon. 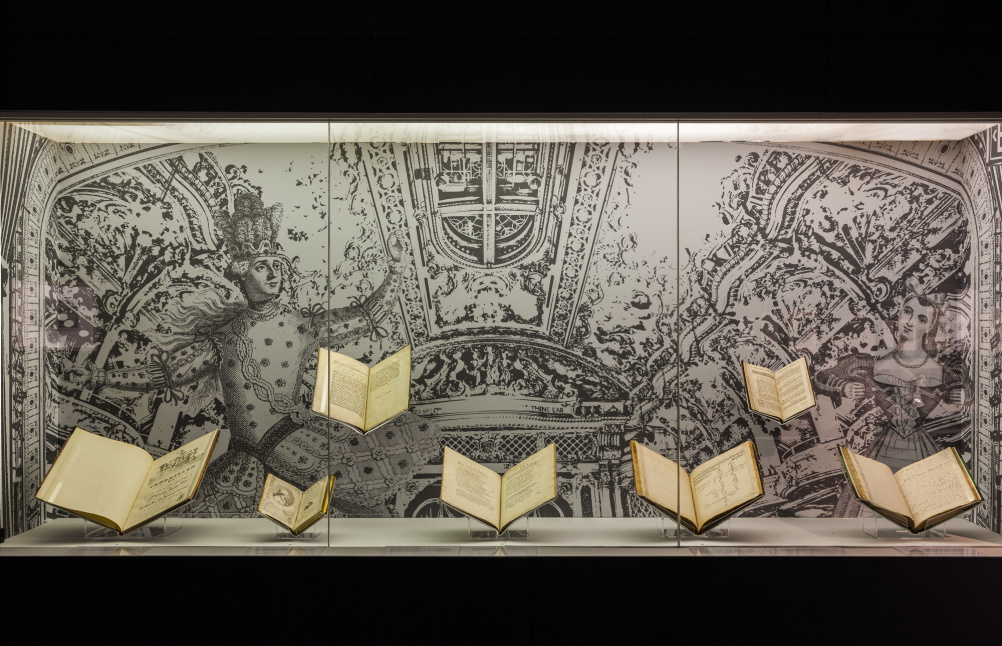 Large illustrated graphic backdrops are incorporated into each section of the exhibition.

Illustrator Gregori Saavedra created the graphics by collaging details from the Georgian publications exhibited and has been inspired by classic Georgian ink work in his illustration. 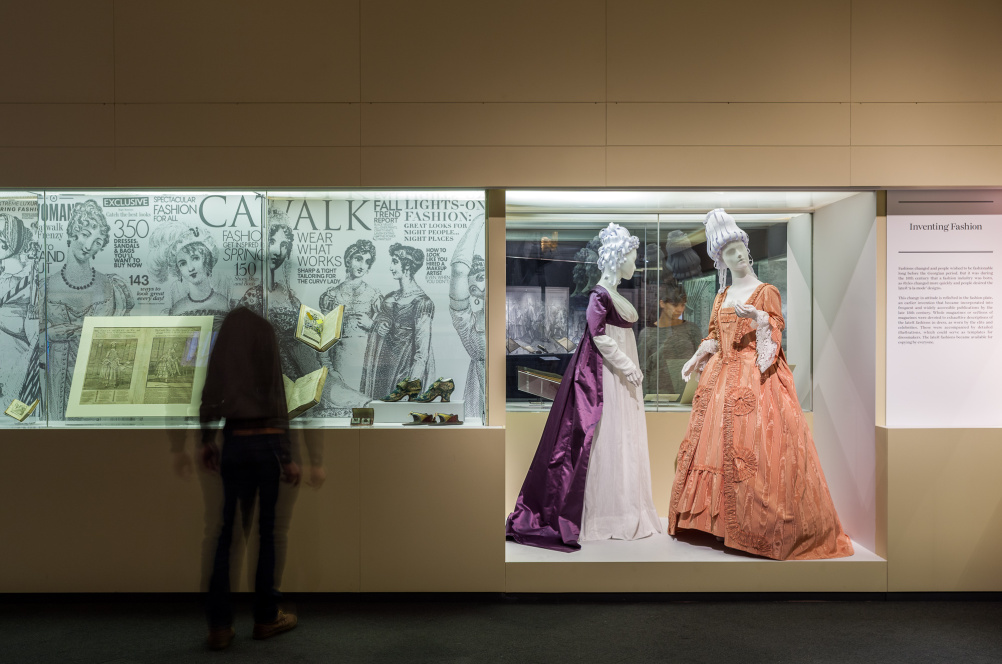 The exhibition runs until March 2014.