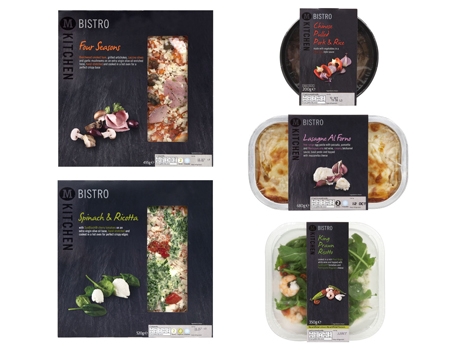 As reported by Design Week in April, Morrisons tasked the consultancy with re-evaluating the brand strategy for its own-brand products.

Coley Porter Bell was appointed to the project initially in July 2010, with the consultancy saying it won a pitch against other consultancies including Williams Murray Hamm, Fitch and JKR.

The project was put on hold following restructures in Morrisons’ management, including the appointment of Belinda Youngs as own-brand director in January 2011, and recommenced in April this year.

The first range to roll out the new branding is Morrisons’ M Kitchen ready meals, with other sub brands and product areas following over the next 18 months.

Design Week understands that Morrisons also works with other consultancies on applying branding to different packaging ranges, including Stocks Taylor Benson, Touchpoint and Fab, part of the Prestige group.

Vicky Bullen, Coley Porter Bell chief executive, says, ‘Dalton Philips [Morrisons chief executive] wanted it to be “different and better than ever” – it’s part of their push to really build their brand. It’s about going from “own label” to “own brand”.

‘The brand’s got a real authenticity about it, bit it’s also down to earth and we wanted to bring that to life. There’s a sense of human touch in everything we did and building a sense of the food culture.’

The identity’s flexibility allows it to ‘communicate the different propositions across the range’, according to Bullen. The M Kitchen range uses bleed photography, a transparent panel and hand-drawn typography to give a ‘sense of human touch’. 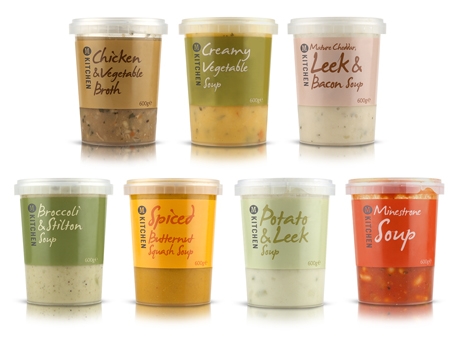 Stephen Bell, Coley Porter Bell creative director, adds, ‘What we’re trying to do through the design is up the food credentials by making them look more handmade.  It’s about letting the product speak for itself and be really confident.’

Bell adds that the next range to show the new identity will be the M Savers range, which replaces the current Value range, and is set to launch next year.

Voxpop – which country do you think has the best-designed flag?