Vivid Brighton has created a new visual identity and website for Pfeiffer Design, an interior architecture and design consultancy. The new site focuses on portfolio images, using parallax scrolling technology to show background images moving more slowly than those in the foreground.

Will Shannon has created the exhibition design for Gem: Contemporary Jewellery and Gemstones from Afghanistan, which is currently showing in the British Council Gallery.

Springetts Brand Design Consultancy has designed the branding and packaging for The Funky Fish Kitchen, a new range of chilled ready-to-eat and ready-to-cook seafood. The range aims to form a ‘more fashionable, lifestyle’ sub-brand for Young’s, aimed at younger consumers, using a bold, illustrative look and feel.

Honey has created new packaging for celebrity chef Paul Rankin’s range of Irish bakery products, Rankin. The logo has been modified and brighter colours have been added to create a more ‘contemporary feel’, according to Honey.

B&B has designed the branding and packaging for Cuckoo, a new range of Bircher muesli. Product illustrations are used alongside bold, geometric typography with different colours to differentiate the five flavours in the range.

Slice Design has rebranded the Great Food vegetarian food brand. The new look will be used across packaging for the brand’s five ranges, and aims to ‘appeal to meat lovers just as much as veggies’, according to the consultancy.

Illustrator Danny Sangra has collaborated with fashion brand Percival on a range of clothing. Based on the idea of Anthropomorphism, the range includes illustrations of a bear in a baseball cap and an owl wearing a fez.

Bulletproof has created the branding for the International Cricket Council’s World Test Championship. The main logo is designed to be ‘a moving, physical, three dimensional form that can adapt and reflect its environment’, according to the consultancy’.

Underscore has created a new website for The Money Charity, which it rebranded this year, renaming it from Credit Action.

Taxi Studio has created the branding for Hudnotts, a new range of flavoured spirits. The look is based around the proposition ‘Tying Tastes Together’, and uses a rope illustration as the brand marque.

The Morley Family from Lancashire has won a competition to design Ribena’s limited-edition 75th birthday bottle labels. The winning design from mum Lisa, daughters Hattie (17), Lulu (14) and dad Richard will see their work across bottles sold in Tesco from this month. The image features Ribena berries jumping out of a gift-wrapped box.

ZAP Architects and Design Studio and set designer Kila Carr-Ince have designed the interiors and branding for Shimmy, a new west London club.

Bristol-based consultancy Workbrands has created a 25m2 mural for the Bristol office of Newcross Healthcare Solutions. The design is heavily influences by the Pop Art movement, and to portrays ‘a day in the life of Newcross’.

Lydia Thornley Design has created a new identity for campaigning organisation The Detention Forum. The designs use a padlock formed from two quotation marks to represent the idea of conversation, which can be separated for different applications.

The London Philharmonic Orchestra has launched a new website, designed by Alienation Digital. The site can be accessed from all platforms and is integrated with its online ticketing system, Tessitura.

Zaha Hadid has collaborated with Hamburg-based shipbuilders Blohm+Voss to design a new superyacht. The l design is ‘informed by fluid dynamics and underwater ecosystems’.

Gethin Tasker has joined Echo as head of business development. Tasker has previously worked for consultancies including Dragon Rouge and Clear at M&C Saatchi. 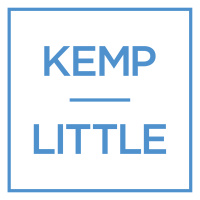 BrandOpus has created a new brand identity for foreign exchange specialist Moneycorp’s retail estate. The new look is being launched at Heathrow Terminal Five and Bristol Airport before rolling out further.

Rpa:group has worked on the design of Moscow’s first independent Tommy Hilfiger store. The store is opening at 7 Kuznetsky Most, a prestigious area of the Russian capital.

The International Commission Against the Death Penalty has launched its first annual review, written by journalist Angela Robson and designed by Industry.

The Royal Mint has released its first ever UK legal tender Chinese Lunar coins. The coins have been designed by artist Wuon-Gean Ho. 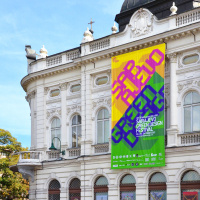 SVI Design has created the look for this year’s Sarajevo Green Design Festival. The consultancy created the festival’s current identity three years ago.

Shed has designed Meatliquor’s fourth outpost, in Brighton. Graphics for the interiors were created by Ilovedust.

Moving Brands has created a new identity for Blank Digital, a New York-based boutique retouching and digital capture company. The identity is designed as ‘a sophisticated, flexible foundation from which [Blank’s] own work can shine’.