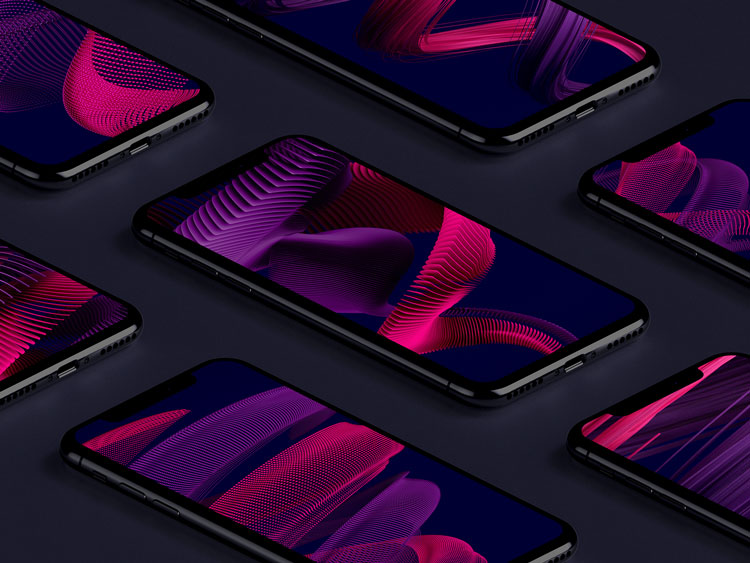 Design studio SomeOne has created a new identity system for electric car charging brand Ionity, based on the “freedom” of travelling long distances with ease that it aims to provide.

Ionity is a venture which is installing a network of “high power” charging points in-between cities across Europe, to allow people to drive further across the continent without worrying about running out of power.

Ionity charging points are designed to be faster than many conventional outlets, according to the company, and are created to work with most electric car models.

BMW, Audi and VW among those involved

It is backed by major car manufacturers including BMW Group, Daimler AG, Ford Motor Company, and Volkswagen Group with Audi and Porsche. 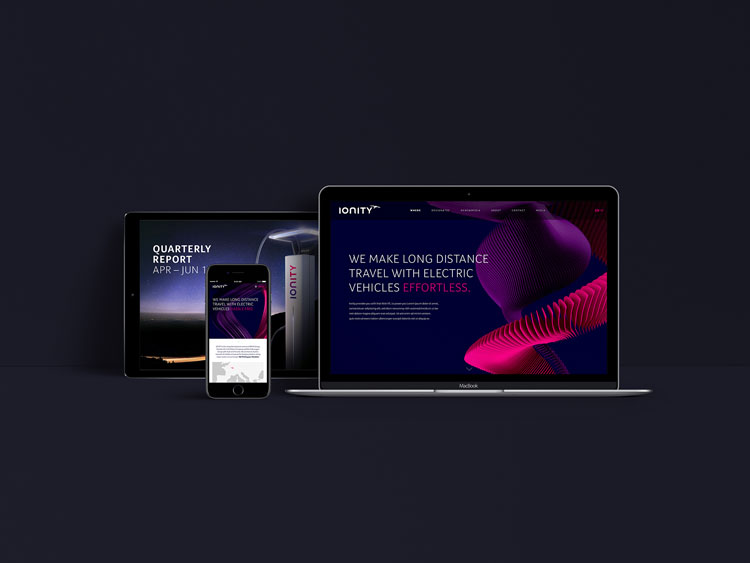 Simon Manchipp, founder and creative director at SomeOne, says that while electric vehicle usage is “quite established” in many cities across Europe, “it becomes more complicated when people were trying to cover long distances”.

“If you were trying to drive from London to Edinburgh it would be difficult,” he says. “Ionity helps charge up in more remote spaces between cities.”

“Because they charge really fast, the idea is you stroll into the petrol station, get a packet of crisps or a drink and by the time you come back it’s all done,” Manchipp adds.

The new look is based around a metaphor of birds gliding over “huge distances” with ease using thermal columns, he says. 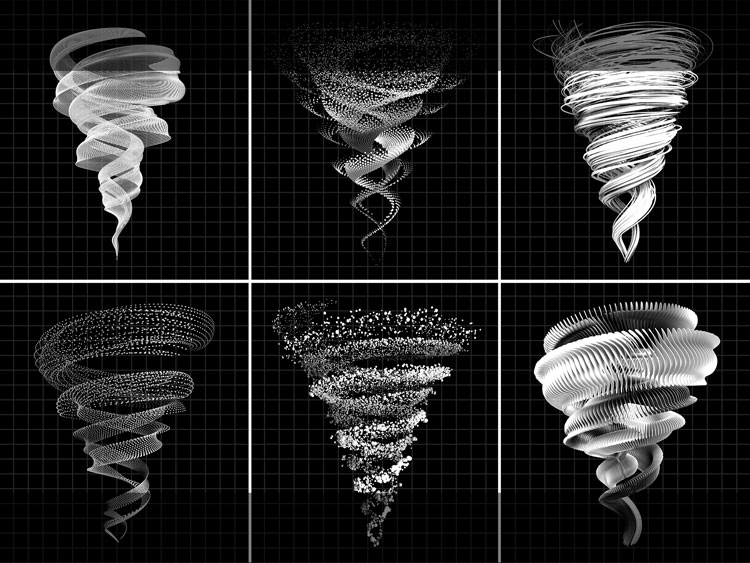 These are created when the sun heats the ground, which in turn heats the air above it, creating an area of rising hot air called a thermal column.

Some birds such as eagles are able to use these to gain height, rising with minimal effort in a spiral motion before gliding off.

“We mapped the movement of how these birds will glide,” Manchipp says. “We saw that they start in small circles which become wider [as they rise]. We digitised this and turned it into visual properties which we are using as branding devices.

“It is a lovely metaphor,” he adds. “You charge up and glide off.

The spiral shape, known as a helicoid, is used across all branding touchpoints, such as on backgrounds on the app, on branded merchandise and on business cards in a cropped format.

Ionity’s wordmark, which was originally designed by MetaDesign studio, has not been changed, but a new symbol of a red kite has been added by SomeOne above the top right corner.

The bird of prey, which is among those to use thermals to “stay aloft effortlessly” has been chosen because it represents “efficient, powerful, and free movement”, according to Ionity.

The “master” colour palette includes magenta and purple on a dark blue background with the wordmark in white, but the whole system is designed to be “flexible”, so it can be easily adapted by any of the car brands using it. 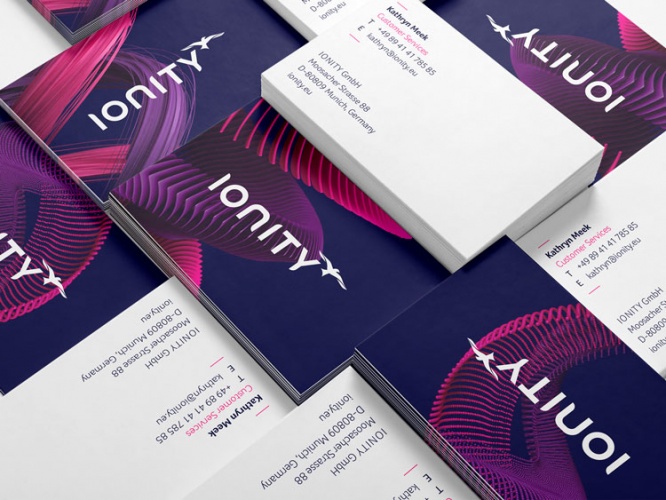 Manchipp says one of the key challenges of the project has been creating something which works for all the car brands involved and their different design approaches.

The studio was keen to create an identity that would not interfere with any of the existing brands, settling on a helicoid system that can be easily adapted to “work with any colour system”.

The studio consulted with the various brands throughout the process.

“I think the flexibility, particularly of the colour system, has been very useful in helping remove the fear that it is going to compete with [car brands], but work in synergy,” Manchipp says.

“New cars being made will be able to put the branding in-car without it becoming invasive and fighting with their branding.”

The visual system is being rolled out across a range of touchpoints such as the Ionity app and website, on communications materials, merchandise and may later appear in new cars.

The assets have been made available through a cloud system to all the car brands to roll out locally. 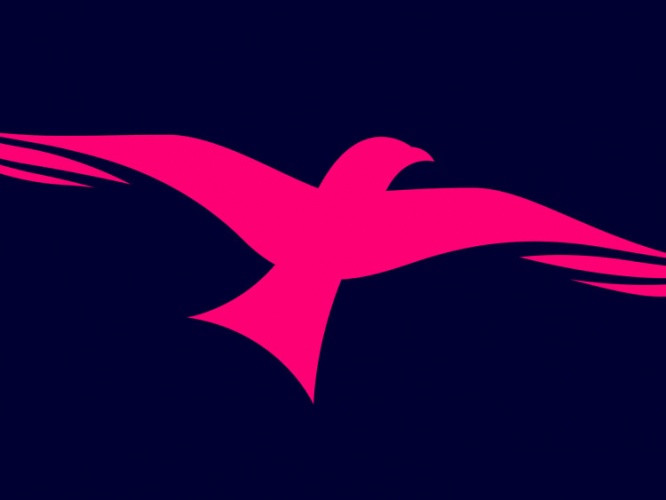 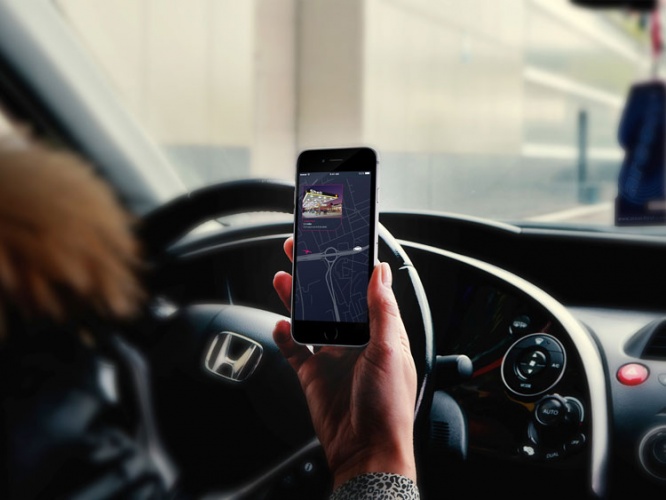 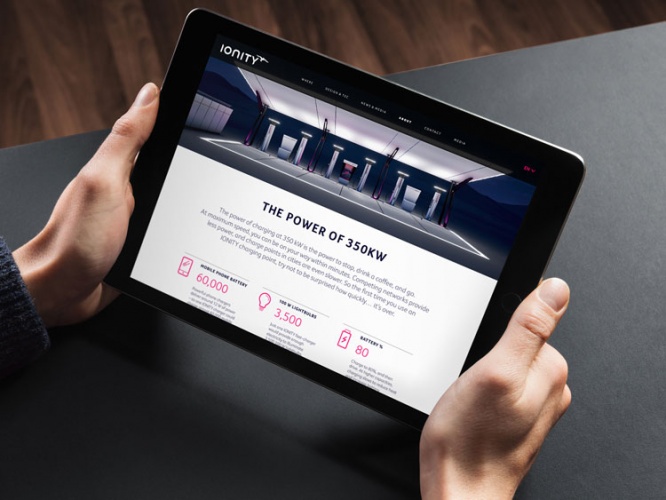 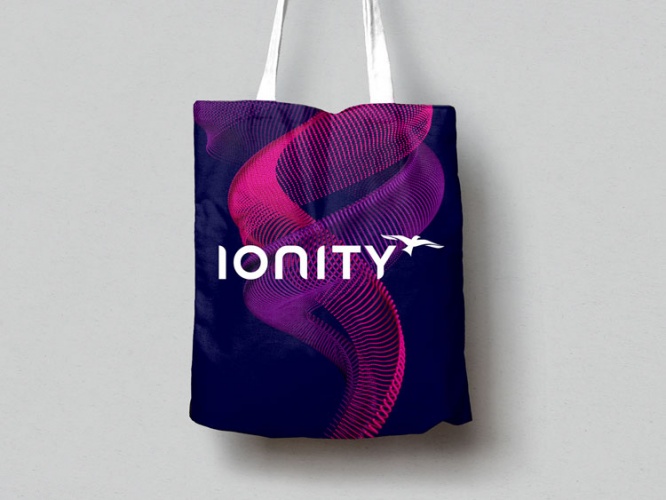 From VR experiences to going cashless: could design save the high street?