London-based studio SomeOne has rebranded Norwich City FC, drawing on the city’s heritage for inspiration.

The studio designed the new crest for the club last year. This additional work will roll out across Norwich FC kits, wayfinding, social media and communications.

The rebrand has been inspired by the story of The Strangers, explains the studio’s executive creative director Rich Rhodes. In the 16th century, Dutch refugees known as The Strangers arrived in Norwich. The arrival also brought the tools and techniques to cement the city’s place as a leader in the textile industry.

The Strangers brought canaries, which would sing to them as they worked, establishing a lasting connection between the birds and the city. Breeding canaries became a popular pastime, and eventually led to Norwich City FC officially adopting The Canaries nickname in the early 1900s.

Rhodes adds that the crest, unchanged since the 1970s, was “due some attention both technically and aesthetically”. “We also wanted to create a flexible brand world, which could clearly denote Norwich — home and away — without having to always badge with the logo,” he adds.

Rhodes says: “We created The Weave, a digital tapestry that brings a piece of history into the modern era, proudly sitting alongside the new club crest.”

SomeOne worked with Colophon Foundry on the bespoke typeface, which has also been inspired by the region’s history of weaving. It has two versions — “a dual line version for graphic impact and a single line version for more sophisticated applications,” Rhodes adds.

The former has been pre-programmed in dual colourways for “ease of use”. The typeface can be seen in use on the team’s new kit, as well as communications.

The graphic patterns are all derived from a single grid which allowed the studio to create numerous iterations of different graphic volume for a range of applications, explains Rhodes. This range is designed to include the digital and physical touchpoints in the hope that it stays “relevant to the audience and channel,” Rhodes adds.

While the core green and yellow colours were retained in the new branding, the studio added a number of additional tones of these two shades. Rhodes says that this is meant to “increase digital accessibility and allow for flexibility when applying the brand property”.

SomeOne has also designed a range of pictograms for the club to be used for wayfinding and signage.

The new branding will be applied throughout physical and digital touchpoints, from tickets to kits, stadium wayfinding to social media communications. According to Rhodes, fan response so far has been positive and the brand will continue to “come to life” over the next few weeks. 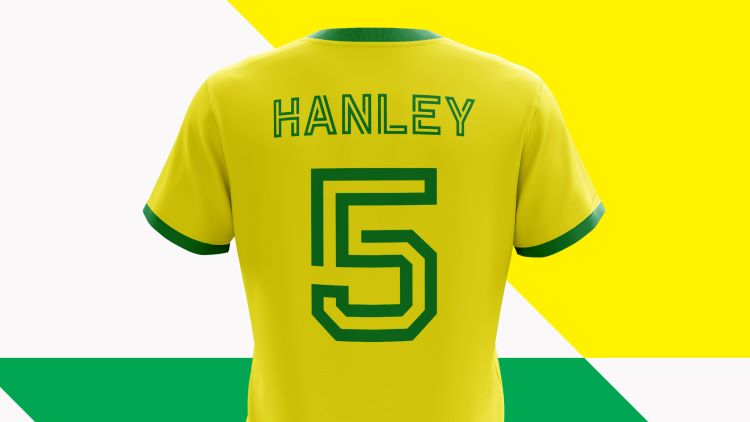