OS was formed in 1791 to help protect Britain from the threat imposed by Napoleon Bonaparte by mapping the coastline and soon grew to become a mapping company.

Today, according to OS, mapping only accounts for 5 per cent of its total annual revenues – the rest of its work involves collecting, storing and sharing location-based data; the likes of which include the location of every fixed physical object in Great Britain, from the ground upwards to within 1cm of accuracy.

Other began the project by conducting its own survey into the brand perception of OS before undertaking a semiotic audit of the brand. This meant looking at the cultural symbols and codes found in OS’s work in mapping, geography, data and technology.

Looking at visual and verbal language in these four areas Other creative director Ilinca Dumitrescu says there were many findings: “Among other things we learned that traditionally in mapping the colour blue has represented exploration and adventure, while red stands for navigation or destination.”

Their findings were categorised as “residual codes” (those that have been engrained for some time), “dominant codes” which reflect the current mood and “emergent codes” showing new ways of thinking.

Dumitrescu says these were kept front of mind as the project progressed. His team studied maps and mapping and came up with a “beautiful data” concept.

“We looked at the old ways of marking up distances on maps by using pins at specific points. By studying the relationship between these pins you can create impressive polygon shapes,” says Dumitrescu.

Four values were established: Adventurous, Incisive, Restless and True, which led into the logo development. Guidelines have been developed for a tone of voice, which is also anchored by these words. 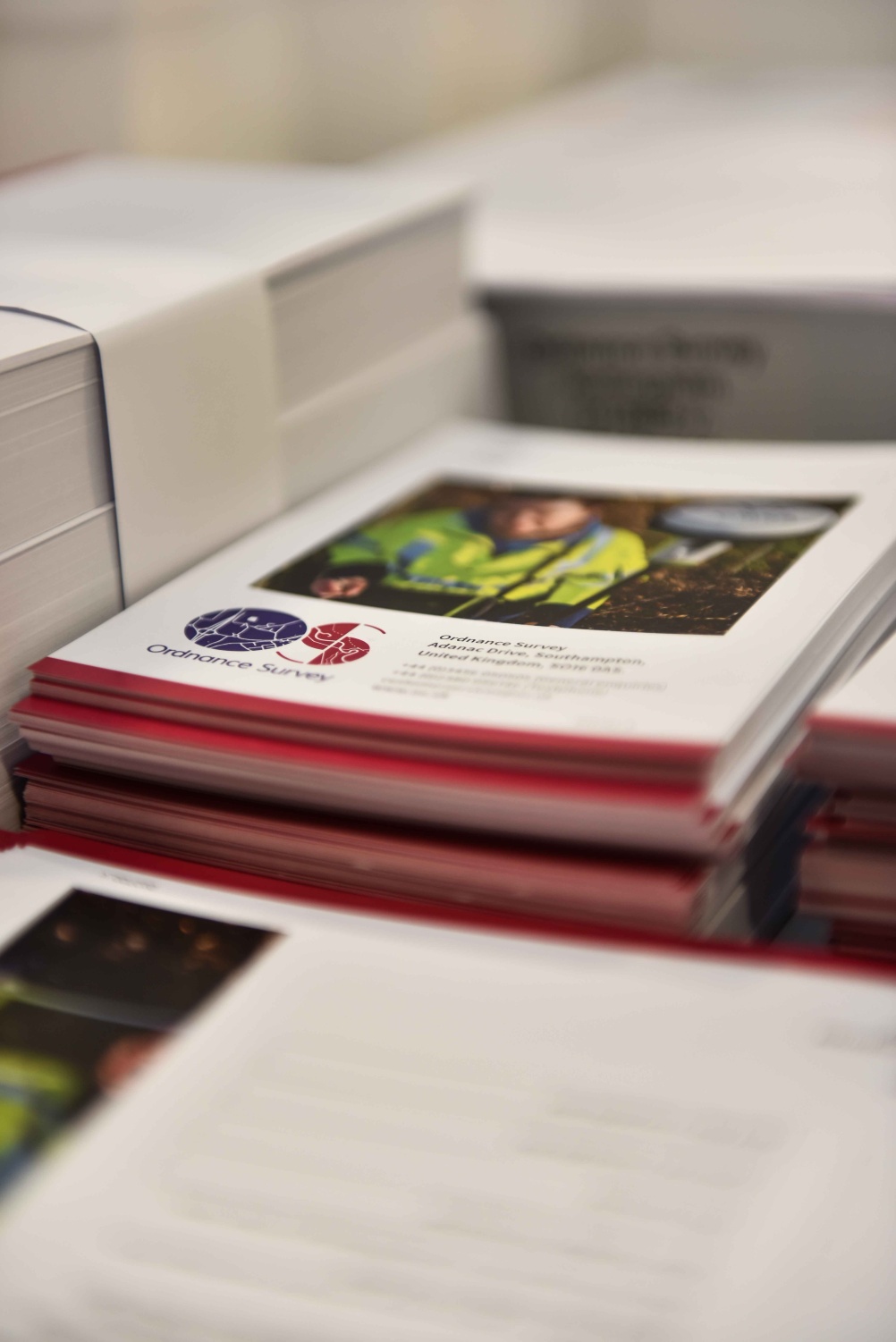 The OS name change reflects the fact that “OS” had been colloquially adopted within the organisation some time ago according to Dumitrescu.

The new logo retains the full Ordnance Survey name while also introducing the organisation as OS.

Dumitrescu says it resonated with the testing group who found it to have “high brand recognition and understanding”.

The final logo sees the company “put on the map literally” as the O is used as a window featuring the new headquarters in Southampton. The O represents the urban world and the S features the rural world and depicts a river and footpaths.

The map content at the centre of the logo can be changed to reflect content and in some cases, can even reflect a specific place. 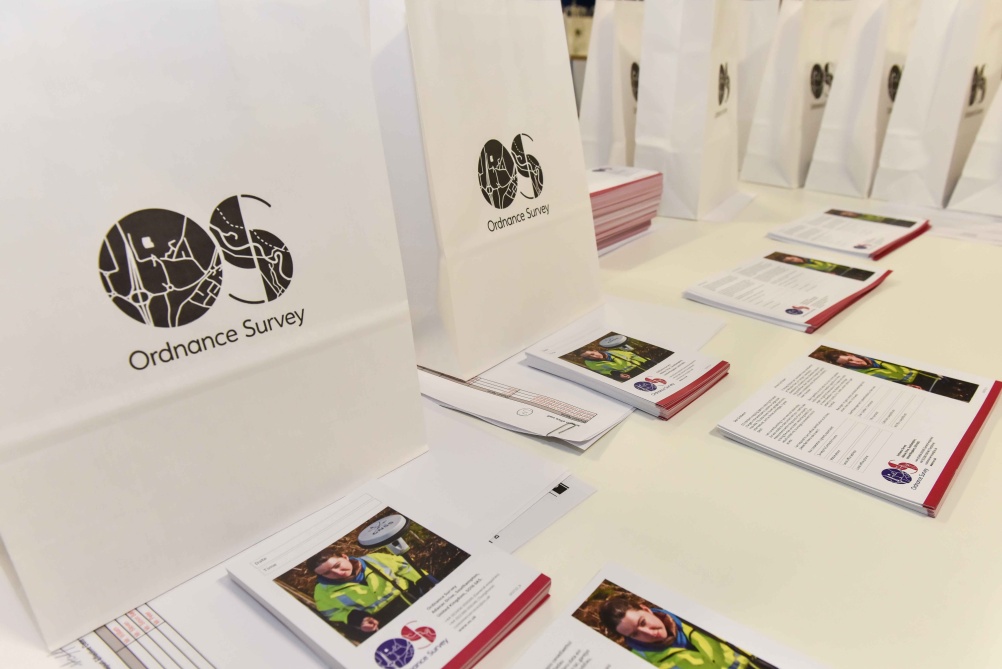 New colourways have been evolved out of the old logo palette of magenta and deep purple. They bear a resemblence to red which represents destination and navigation, and blue that represents discovery and exploration according to Dumitrescu. The new brand colours have been chosen with online and off-line use in mind.

Three scales for the new logo have been developed – “standard”, which is a mid-scale version for general use, a “rich” logo designed to have a stronger visual impact and a “clean” logo, which doesn’t contain any map detailing and is for use on a small scale.

Meanwhile the strapline “Finding a way” sets out OS’s strategic intent, which according to Dumitrescu is “the ability to empower individuals, businesses and organisations with maps and data”.

At the same time the “positive tone” of the strapline captures the energy and purpose of the organisation and shows how OS will “find a way to realise all of the possibilities of a technology connected world.”