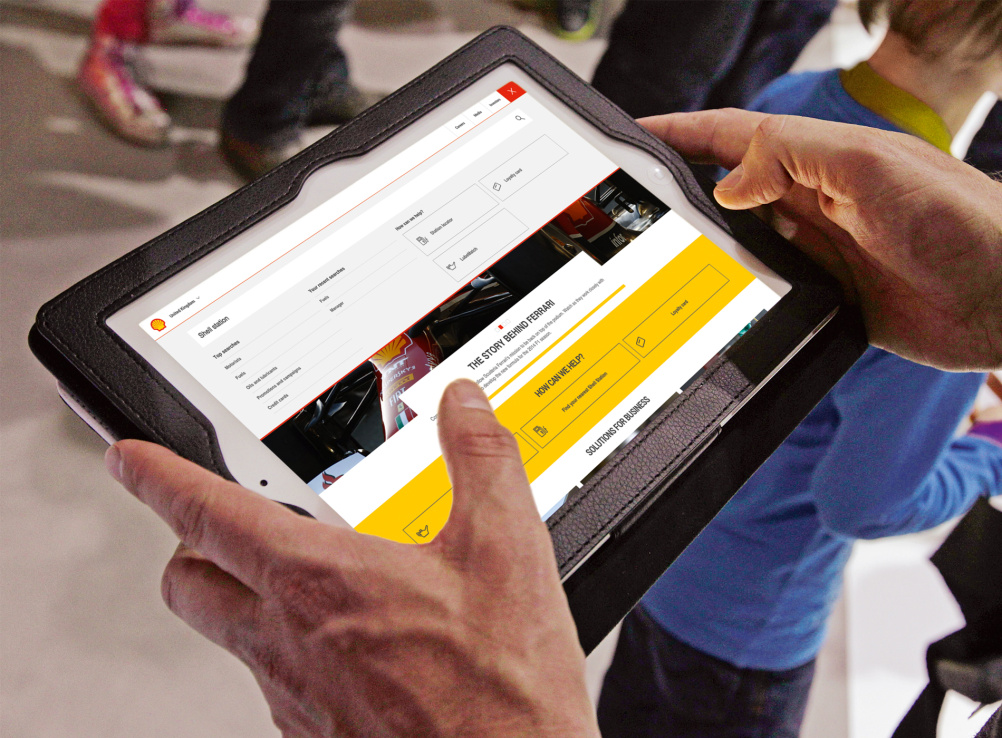 In 2013, Shell announced an ambitious plan to become “the most innovative energy company in the field of digital” and brought in Radley Yeldar to audit the company’s digital products with the view to creating a more unified online experience.

The consultancy looked at Shell’s corporate and retail sites, campaign and business-to-business sites as well as apps, its social presence and employee sites.

Radley Yeldar digital director Richard Coope says this extended to 74 different websites, in the region of 68 social networks and accounts and 18 mobile apps. In total they found were 27,000 pages of content.

A strategy was born out of this which led Radley Yeldar to focus on: insight, content, user experience, visual identity and technology.

Using these six pillars a new digital platform has been built. Toolkits and frameworks were then developed with Shell.

The beta is for a UK site and Coope says that it will be in testing for 18 months and use “sophisticated analytics” to see which areas are being used the most. “We’ve already gone through many rounds of user testing,” he says.

The most popular areas of the site will be given priority in the final design and the UK site, which is expected to launch in full in March will be a template for a .com site later in the year.

Coope says: “Rather then having a separate corporate and consumer site this is both; it’s been designed to meet the diversity of all stakeholder needs.”

His team has worked with the Shell brand and visual identity teams to make Shell’s branding “more in tune with a digital environment”. It is, he says, “the most rigorously policed and well understood brand in the world.”

The new site is live in beta and can be found at http://beta.shell.co.uk