The project began with the implementation of a “consistent brand architecture” at the start of the year. Robot Food led the design for the original Vocation identity when the brand first established back in 2015, and this new work aimed to simplify the original designs with pared-back illustrations and a sharper focus on the beers’ names.

With a new packaging design for its core drinks offering, the team at Robot Food were also tasked with the label design of 12 monthly special edition brews. The brews have been periodically released throughout 2019, with the final installment having been released this month: a Willy Wonka-esque chocolate stout. 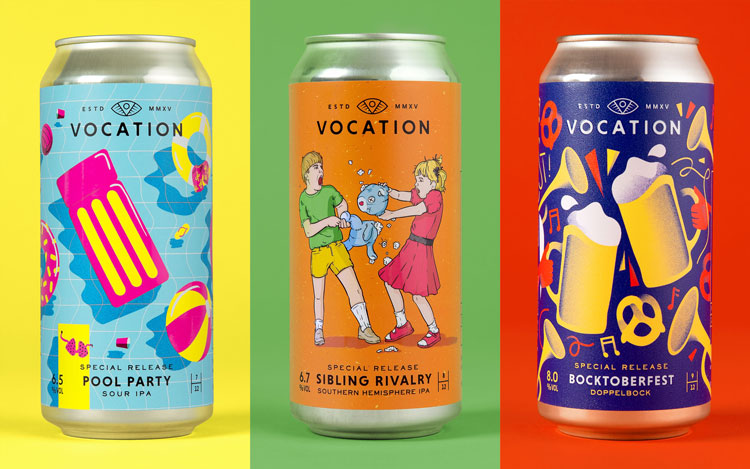 To create each design, the team were briefed each month with “a line or two of brewer’s notes”. From there, they came up with “concepts, names, stories and graphic styles inspired by each beer’s unique characteristics”.

“We were really conscious that each beer should be able to stand alone as a design in its own right,” says Robot Food designer Glen Thorpe. “So each one needed a unique story and a hook beyond “this is a pale ale.”

Each special edition beer has its own story. August’s southern hemisphere IPA, for example, is made from Australian and New Zealand hops, and was named “Sibling Rivalry” to “celebrate the deep rooted rivalry of these sporting nations.” It features a depiction of a fighting brother and sister drawn by illustrator David Hill. 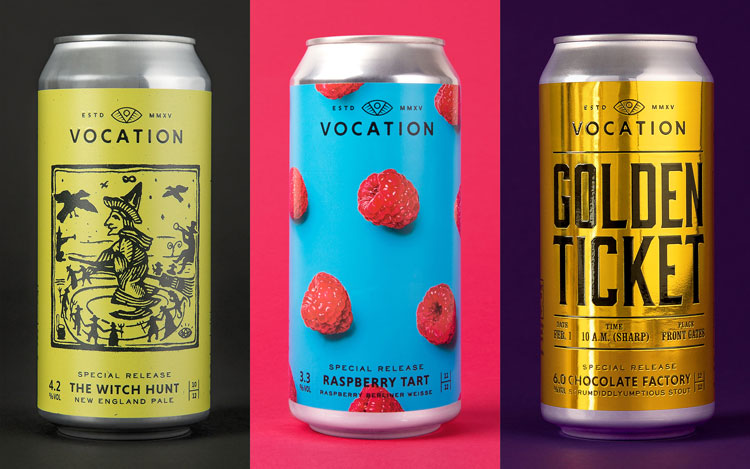 Other beers sport entirely different graphic styles, with the only feature to link all 12 being the consistent brand architecture implemented.

October’s “Witch Hunt” pale ale features is fronted pre-15th century-style black painting of a witch, and June’s “Summer Saze” is reminiscent of a sunset with a hazy yellow gradient. Meanwhile February’s “Seeing Dubbel” borrows its colour palette and lion motif from the Belgian coat of arms.

“We knew each beer would have its own unique characteristics – they wouldn’t be special otherwise – so the template meant we could give each of the 12 beers a distinct look, whilst retaining a clear ‘Vocation’ quality,” says Thorpe.

“Ultimately, we wanted people to get the concept of the special series from the beginning and without the ‘rigidity’ of the template, you’d lose that element of excitement and anticipation, that ‘can’t wait to see what’s next’ – which was important to us.” 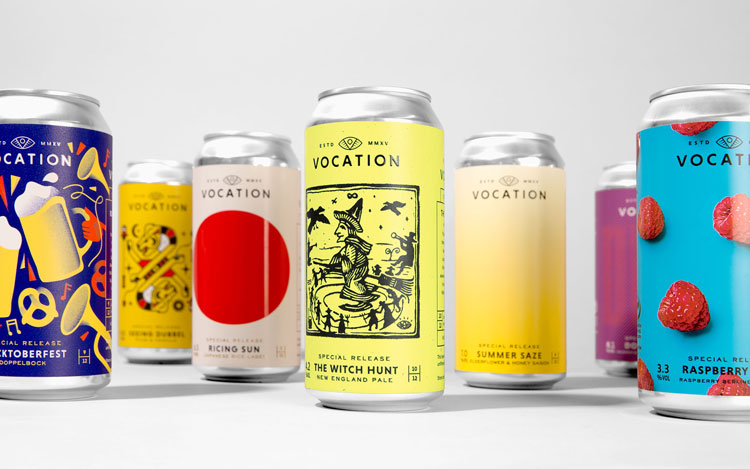 Creative director Martin Widdowfield says “most” of the Robot Food team got involved throughout the year-long endeavour. “Design could be fast paced and highly creative,” he says, “just think of a cool idea and make it look as good as possible in just one day.”

This is ultimately one of the reasons behind such a varied final line up. Thorpe adds to this: “When you look at the set as a collection of 12, it’s such a mish mash of different visual styles and it almost feels like it shouldn’t work.

“But if you think that each can represents a particular beer and is around for the month that it’s released, you appreciate each one more.” 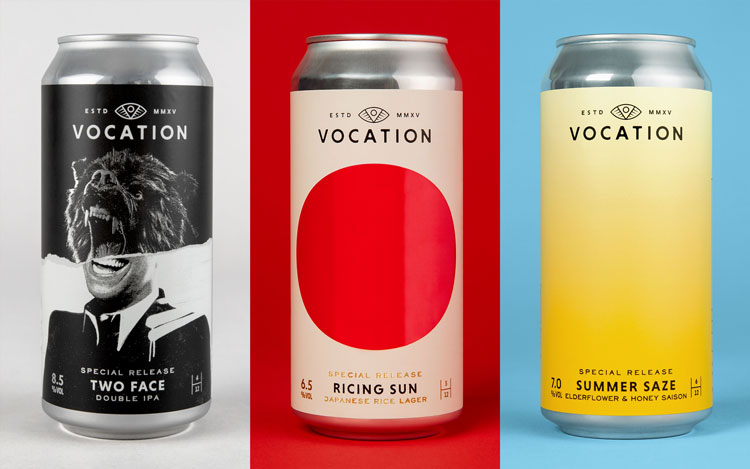 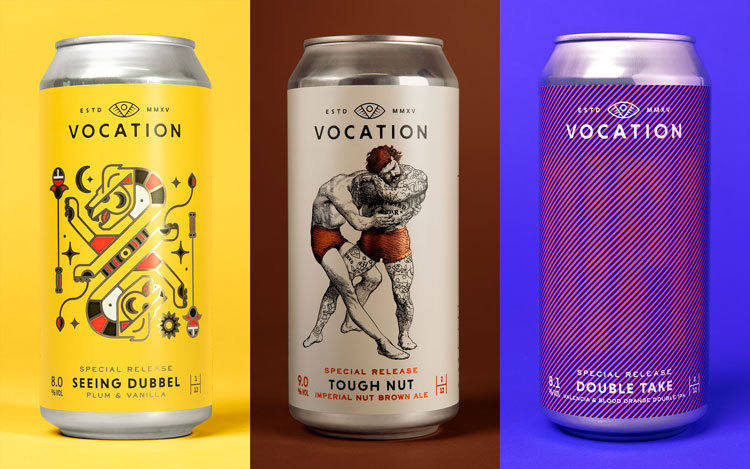 General election 2019: What does the Conservative victory mean for the design industry?

Microsoft redesigns more than 100 of its app icons