Tell us a bit about the Commentary project and the relationship between football and visual culture?

Commentary is a National Football Museum project supported by Manchester School of Art, which will see work and exhibitions created that focus on how football interacts with visual culture.

Football’s visual language is broadly divided into two parts, the spontaneous one of the fans and the often commercial-led one of the clubs. When these two things mix it creates opportunity. Are great moments in design defined by the design or by the moment? In his interview for Commentary Eike König of Hort relates this to record sleeve design. Does great design make a record successful, or is it in fact the music that determines whether a piece of design will become iconic? Football creates great moments of drama and emotions for designers to exploit and communicate. I think our favourite designs, regardless of the context are actually defined by the moment – a memory or an association.

Why have you chosen flags as the medium for this project?

Flags are all over football; they are used for advertising by the sponsors, they are used for branding things by the clubs and they are used by the fans. It’s mainly the fan flags that interest us; it’s the way we most often see complex things visually communicated in football. There are some really spectacular – and some very controversial – examples of groups of fans using huge flags but we are also interested in the smaller DIY flags too. It’s the creative aspect of them we are into. This being our first project, there is also an element of ‘seeing what’s going on’ to it. If you went along to a football match you would get a snapshot of the state of the clubs involved and the mood of fans by looking at their flags.  We’ve asked designers to create flags which show their relationship with football and the aim is to get a snapshot of how football is connected to visual culture.

You’ve got some great designers involved, talk us through some of the contributions you’ve received?

There are a real range of contributions. There is a flag from Mucho with Lionel Messi as the ‘ace in hand’ of FC Barcelona, which I suppose is the team’s hope for the Final on Saturday. The flag also shows an image of the European Cup too, which is either confident or hubristic.

In a flag from The Modern Game (Rick Banks from Face37 and Dan Greene from Wolff Olins), there is a nice look at football technology with a list of controversial goal line decision ‘goals’, which becomes a sort of footballing what-if.

Supermundane’s flag is called ‘Sidelined’. The flag really reflects his work and is interesting because Rob isn’t a football fan. It was good to get a contribution from a non-fan as it gives a broader perspective. Pushing the halves of the pitch out of alignment is a really simple thing but it produces an unfamiliar and slightly uneasy shape. The title also hints at being outside of the game.

Ian Anderson’s flag is about where he believes the true pleasure comes from as a football supporter, the downfall of your enemies. Ian says his second team any week is “whoever is playing Sheffield United… or Leeds United”.

Where can we see the exhibition?

The exhibition is on at Designtransfer UdK in Berlin until June 12th before coming back to Manchester for display at Manchester School of Art and the National Football Museum. We also are showing an expanded version of the exhibition in London in time for the start of the Premier League season.

What’s next for Commentary – are there more exhibitions in the pipeline?

Yeah, we have a few things lined up. We have an ongoing interest in football fanzines and self publishing in football; this is being shaped into an interactive exhibition and we also have a project looking at football computer games which compliments a large exhibition the National Football Museum are putting on. 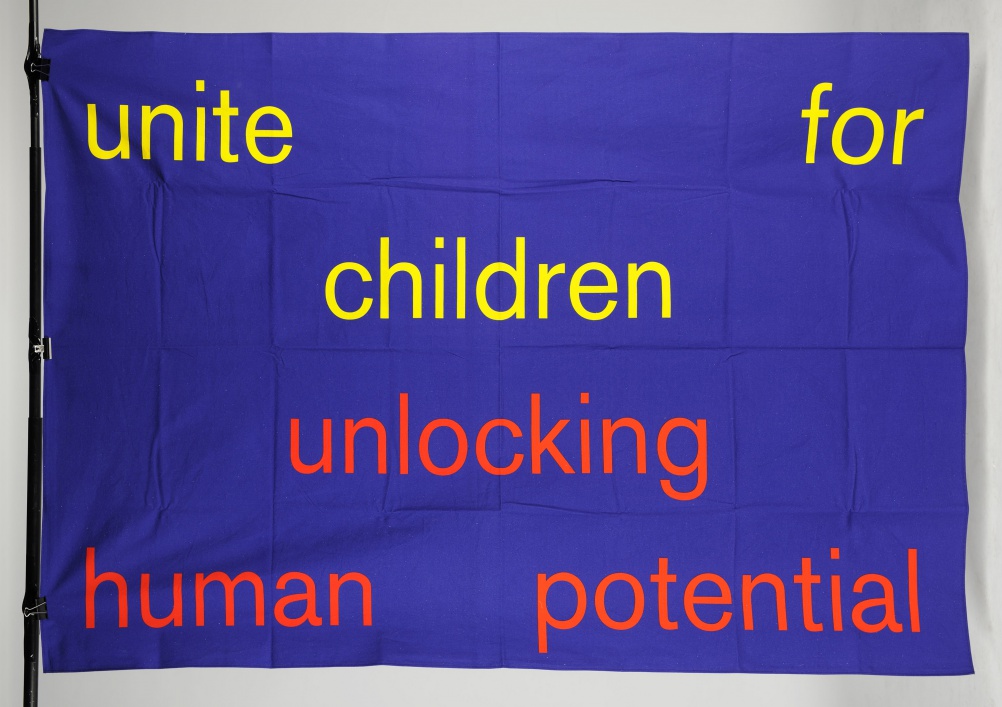