One of the most compelling visions for the future of the home is one of interconnected and controllable devices. This is a world where you can adjust your home’s temperature and lighting – even lock and unlock your front door – using just a smartphone.

This world is well on its way to becoming a reality, with research firm Gartner suggesting that there will be nearly 26 billion devices linked to the internet of things by 2020.

The development of connected devices has been going on for some years and while some have been met with scepticism (Guardian technology editor Charles Arthur memorably described the connected fridge as “a peculiar dream that just won’t die”) some are now starting to cut through into the consumer market.

The most high-profile example internationally is probably Nest Labs, which launched its connected thermostat in 2011, followed by a smoke alarm in 2013. The company was acquired by Google for $3.2 billion (£2.2 billion) in 2014, and has subsequently developed its products, launching a new version of its thermostat at the end of last year.

In the UK, British Gas-operated Hive is leading the charge of making the connected home a reality.

British Gas set up the Hive team in 2012 and the following year it launched its first product – Hive Active Heating, with product design by Yves Behar. Hive is now following this up with a range of smart plugs and motion sensors as it aims to build its range of connected products.

Aside from heating, security systems have been another major area of development for connected products. The August Smartlock, also designed by Yves Behar, launched in 2013 – among its functions is an option to send “virtual keys” to guests or people you would like to let into your home.

At the end of last year, designs for the SensorSphere – a ball-shaped security camera that can be navigated around your house using a smartphone app – rolled out.

Conscious that in order to control our connected homes, we’re going to need fully-charged smartphones, several manufacturers have been working on ranges of wireless charging furniture.

IKEA launched its range of charging furniture last April, saying it had been developed to “minimise cable clutter”. Prices start at £30 and the range includes floor, table and work lamps and bedside tables, all with integrated wireless charging pads.

IKEA says the range is part of a programme called “Home Smart”, with which the company is aiming to create “the home of the future” by making mobile phone charging accessible and more discreet. 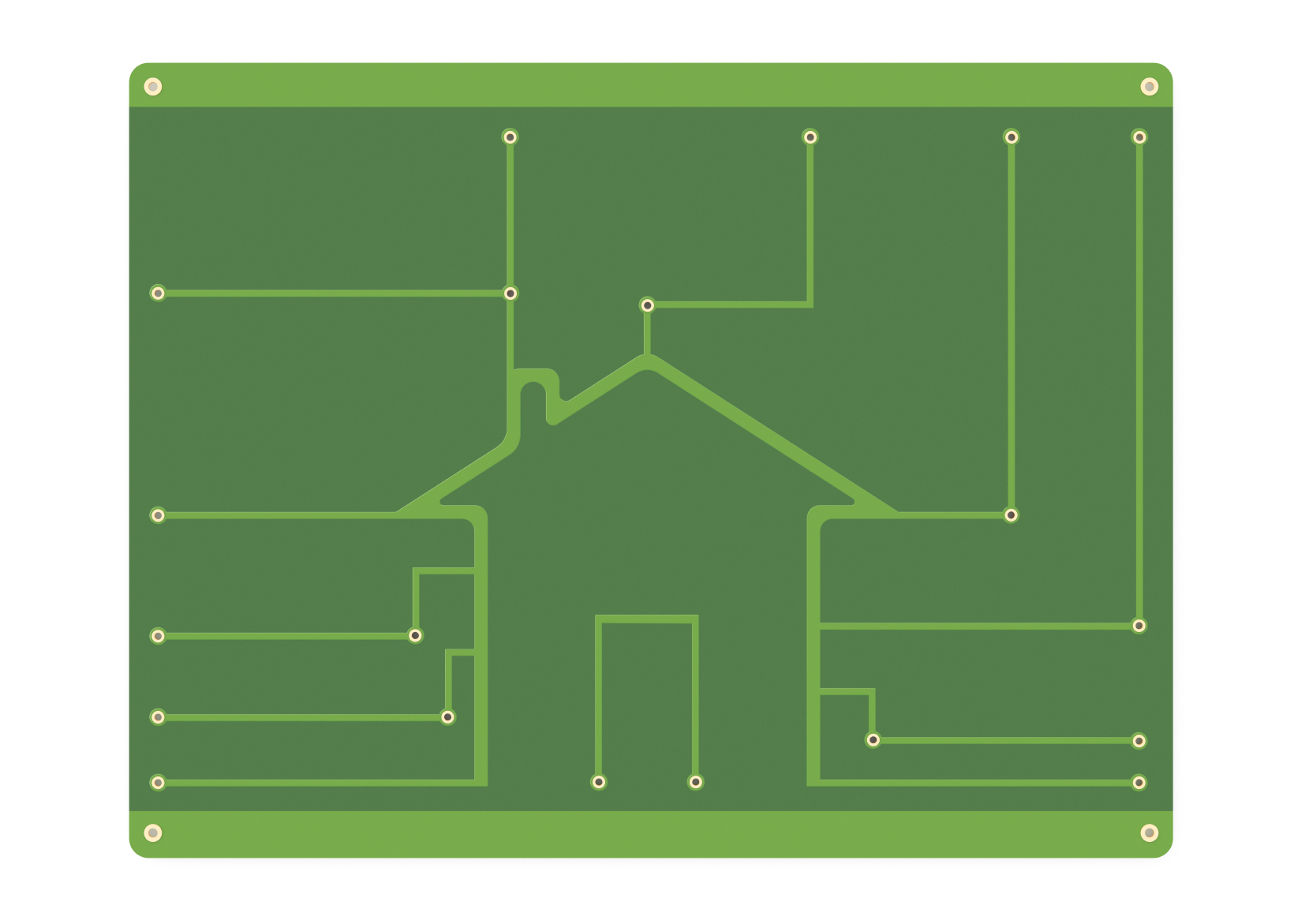 As homes start to fill up with a variety of individual connected products, a number of companies have started to drive towards creating common controllers and communications networks to bring them all on to one platform.

Revolv, which launched in 2013 and was acquired a year later by Nest, is a physical hub that allows its users to control different products – including Belkin switches and Philips Hue lights – using a single app.

Nest itself has been developing its Nest Weave communications protocol. At the end of last year it announced that it was opening this up to outside developers and launched its first collaboration – a smart-lock developed with Yale.

Prior to this move, Google, Samsung and other product developers including Yale and Freescale Semiconductor had been working together as the Thread Group, in an attempt to create a set of communications standards for all connected devices.

The collaborative nature of the Thread Group also indicates how brands increasingly find themselves partnering up in order to better develop opportunities in the connected home. As Wired journalist Liat Clark says, “It’s collaboration that will lead to a truly effectual and game-changing internet of things future.”

Probably the most basic approach to a single connected platform is the Concierge, launched by a French start-up at this year’s Consumer Electronics Show.

The makers of the Concierge say that the device can control the lights, start the dishwasher and water the garden through just one press of its simple interface – a giant button…

Alongside the connected home, another reoccurring trope in visions of the home of the future is that of robotic domestic assistants.

With these devices ultimately relying on artificial intelligence – a technology that is currently on a very steep learning curve – robotics designers have been focusing on practical and focused robot devices.

Among the most recent launches is Robit, which claims to be “the world’s most affordable home robot” – with a retail price of $329 (£227). It has just launched on crowdfunding platform Indiegogo.

Robit is built using the Raspberry Pi 2, and runs using a series apps which can be downloaded from the Robit Store. Among the things its developers claim Robit will be able to do are wake you up in the morning, find your lost keys and guard your sofa from cats and dogs.

Last month’s CES also saw the launch of a number of domestic robot products. Among them was Buddy, from French company Blue Frog Robotics, an open-source robot that promises to “connect, protect and interact with” the families with which it co-habits.

Buddy claims to be able to protect your home, offer assistance in the kitchen, play music and videos, act as a calendar and alarm clock and interact with connected home devices.

Also launched at CES was Leka, a domestic robot with a social purpose – to interact with and stimulate children with developmental disorders such as Autism and Down’s Syndrome.

Leka is still in development but the start-up team behind it has been working with health professionals, parents and children to design a product, which can help teach through play and make therapy easier.

Transform is an object that moves from a piece of still furniture to “a dynamic machine driven by the stream of data and energy”.

Created in 2014 by Professor Hiroshi Ishii and the Tangible Media Group from the MIT Media Lab, the “tabletop” features more than 1,000 pins that move up and down in response to the kinetic energy of viewers, which is captured by a sensor.

Transform’s designers say its motion is inspired by the dynamic interactions among wind, water and sand in nature, Escher’s representations of perpetual motion, and the attributes of sandcastles built at the seashore.

Also developed at MIT – but this time by the Self Assembly Lab – is a new self-building table, a prototype of which was shown at last year’s Milan Furniture Fair.

In a collaboration with material manufacturer Wood-Skin, the lab has created a table that can turn from flat-pack to full functionality straight out of the box – without you having to lay a finger on it…