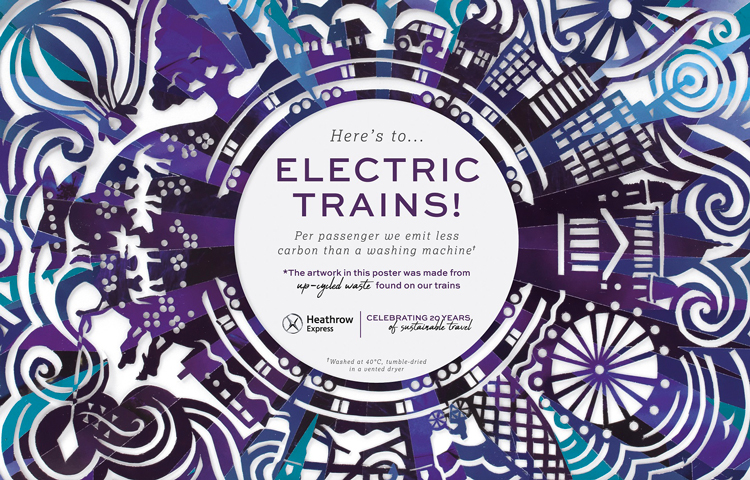 Trainline the Heathrow Express has launched a poster campaign that looks to raise awareness of recycling, by featuring vibrant sculptures made from rubbish found on London trains.

The campaign has been created in collaboration with brand consultancy Given London, and illustrator and paper sculptor Rebecca Sutherland, who has hand-crafted art out of rubbish found on trains, such as newspapers, discarded cups and bottle tops. 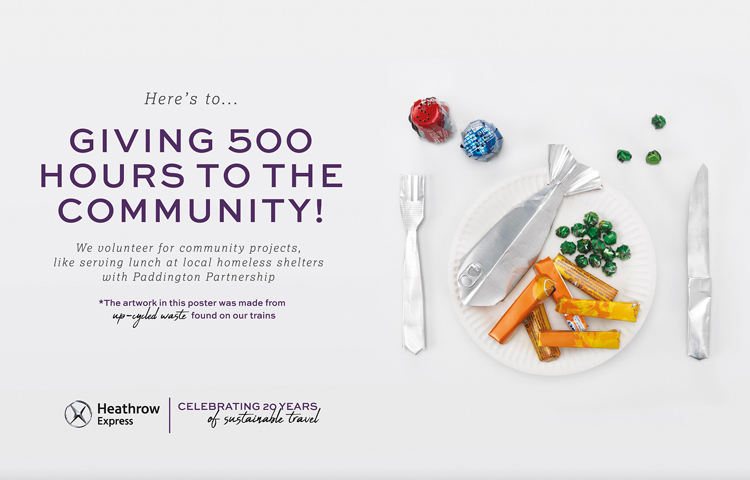 The “upcycled” rubbish has been turned into a variety of sculptures, from intricate to light-hearted, including figurines of people doing different activities, like dancing, playing instruments and photography, through to typography, patterns and even a replica plate of fish-and-chips. 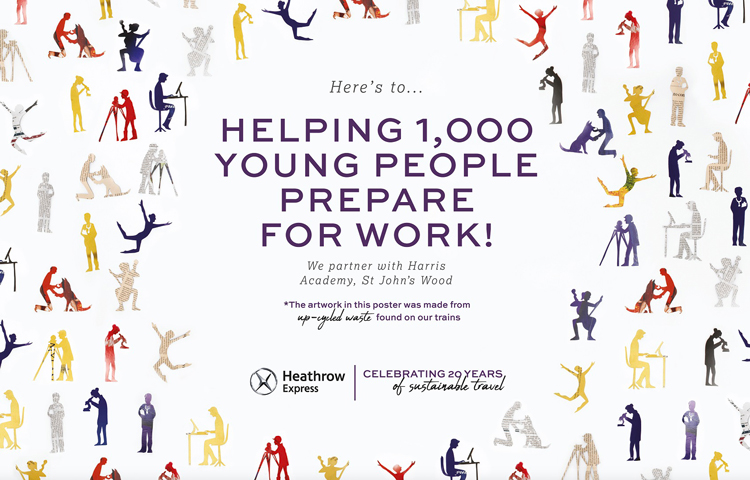 Newspaper was the key resource used for creating intricate cut-outs of figurines and people, while more inventive waste materials have been used for other sculptures, such as drink cans to make salt and pepper pots in the fish-and-chip illustration.

Sutherland, who has previously created artwork for clients including the Royal Mail and Virgin Atlantic, says: “My thinking was to create things that… [were both] seen as refuse and a visually stunning image – [I wanted] just enough change so we can still see what it is [made from].” 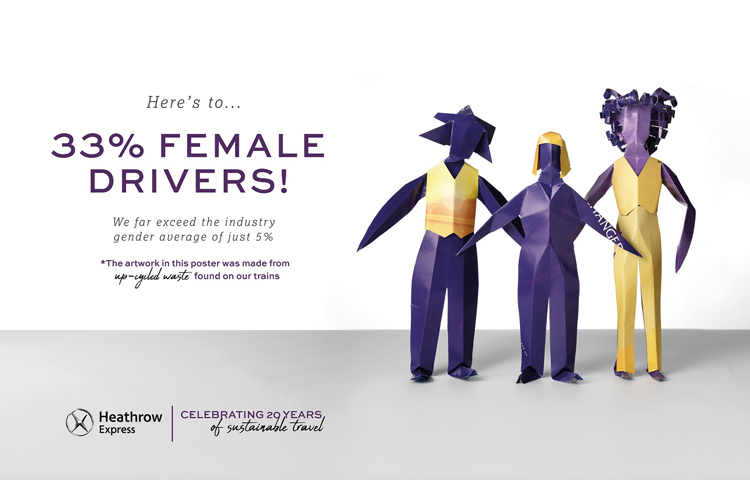 Matt Wright, associate creative director at Given London, adds: “Consumers are more drawn to something that is real, tactile and tangible. So [we thought] something with a hand-crafted touch and a personal feel would resonate strongly. We also didn’t want lengthy word counts or complicated visuals.”

The posters will appear in the arrivals walkway at Heathrow Airport, Terminal Two, to greet people as they land in London. The campaign is part of a wider Heathrow 2.0 strategy for sustainability. 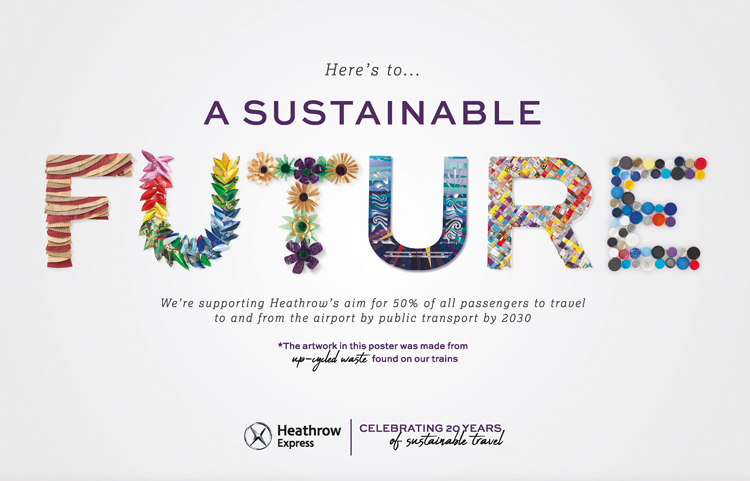 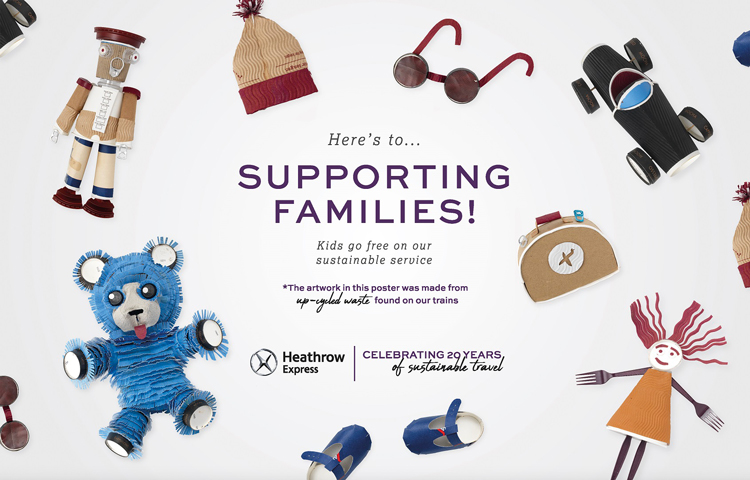 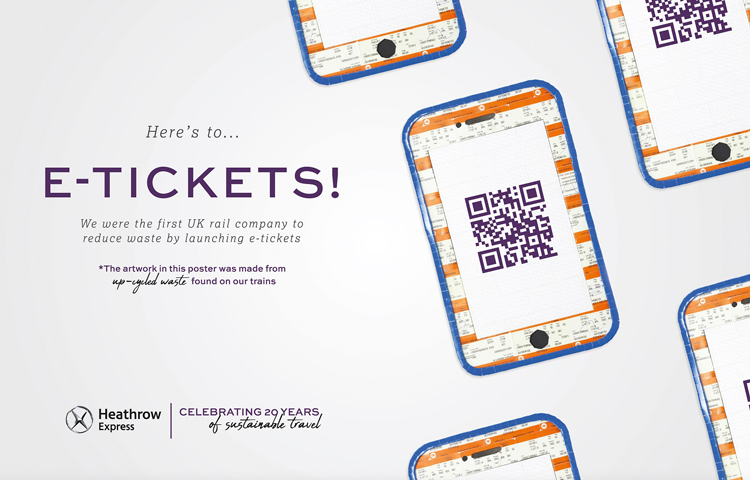