Founded by Jason Gibb and Segun Akinwoleola, Unruly Food is a plant-based brand that aims to be “0% preachy” and accessible for meat-eaters, flexitarians and plant-based eaters alike. According to the brand, its mission is driven by “strong environmental values”.

The Clerkenwell Brothers was approached for the project after having given a talk on branding at Bread and Jam Festival, a networking event for food and drinks brands established by Gibb. The work done by the studio includes a redrawn logo, new colour palette and updated packaging. 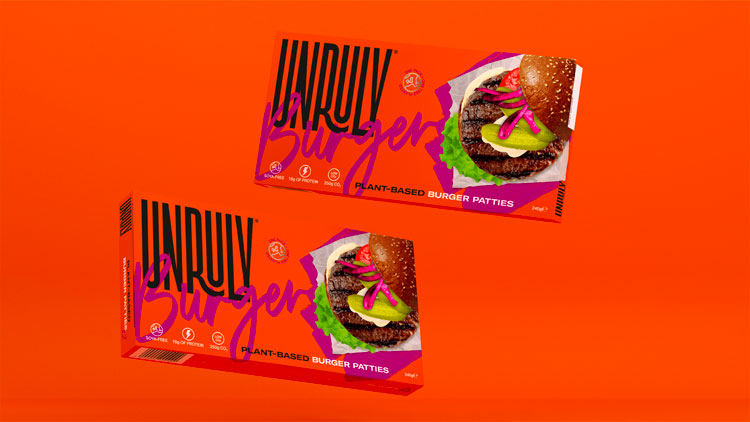 The brief given to the Clerkenwell Brothers team was to create a brand that “injected some daring personality back into the market”, according to studio co-founder and creative director Faraz Aghaei.

Aghaei adds that from very early on, “visualising a food fight” served as inspiration.

“Touching on Unruly’s rebellious spirit to go against the grain, we wanted to communicate an uncontrollable, insatiable desire to cook and eat with freedom and creativity,” he says. 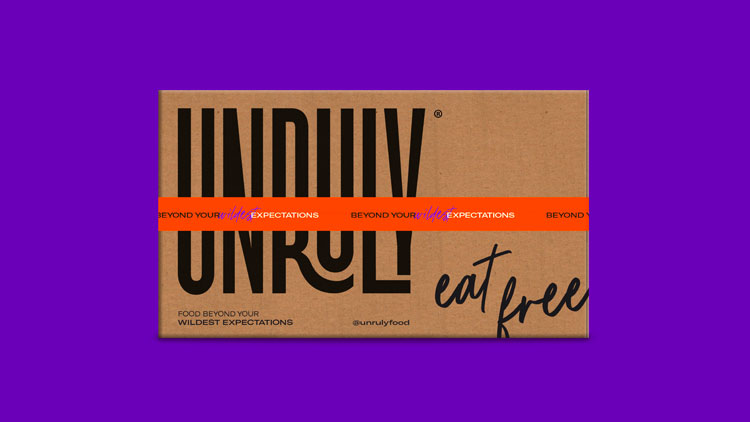 “Inspired by the idea of writing with burger sauces”

One way the team sought to get this idea across was through typography. As The Clerkenwell Brothers chief of art Alice Dobbie explains, the typography found on the packaging and communication materials “takes little notice of the margins” and “sprawls” across the pack.

“[We were] initially inspired by the idea of writing with burger sauces, without much control over the placement,” she says.

But in stark contrast to the unconstrained type on pack, Unruly Food’s wordmark “satisfyingly slots together”, Dobbie points out.

“The elongated curved tail of the ‘R’ and the hooks and loops at the bottom of the letters allow for the lettering to latch on to the wordmark,” she says. “The elongated shape of the letters creates space to allow us to overlay type and imagery directly on top of the word mark, without obscuring it entirely, once again rejecting constraints and embracing a more nonconformist approach.” 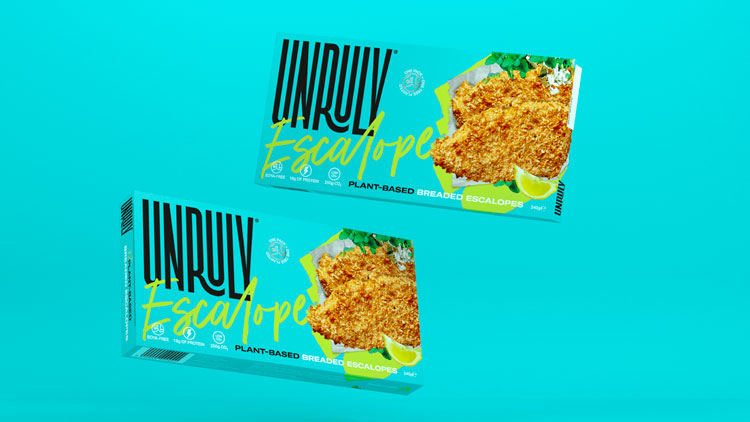 “There is nothing bland about Unruly”

Beyond the “uncontrollable” typography and “satisfying” wordmark, Dobbie explains the colour palette was selected to set Unruly Food apart from competitors.

The “brave, vibrant” use of bright blue, red and purple was designed to stand out among “the mass of natural colours in the market”, she says.

“We wanted the colours to communicate punchy flavour – there is nothing bland about Unruly,” she says.

In line with Unruly Food’s promise to avoid “preaching”, the sum of the colour palette, type and food photography aims to be “non-judgemental”, the studio says, adding the whole project was driven by a “design essence of ‘free from constraints’”. 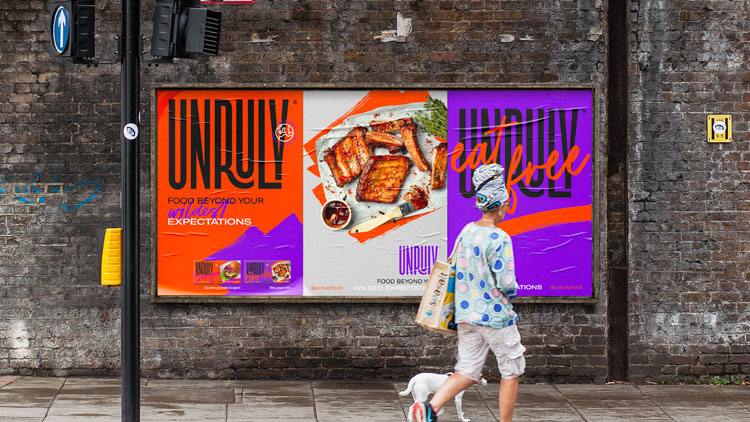 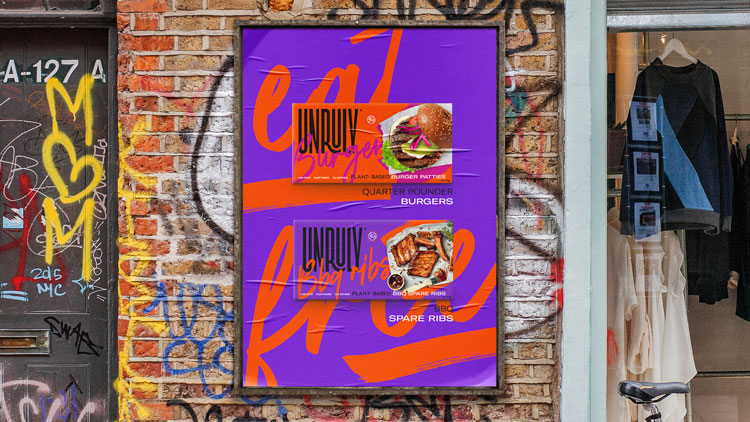 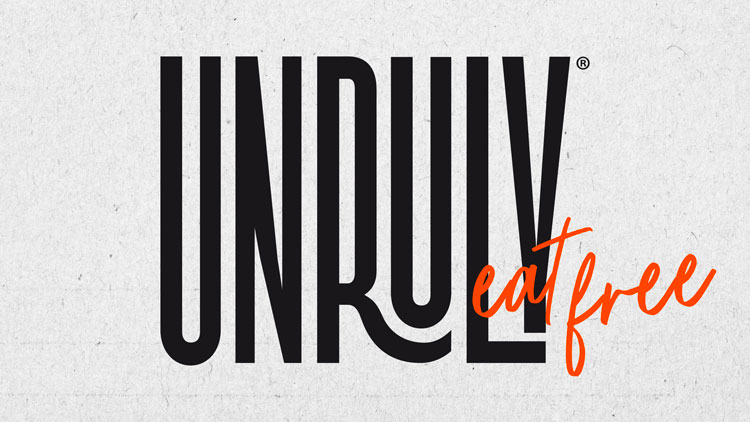 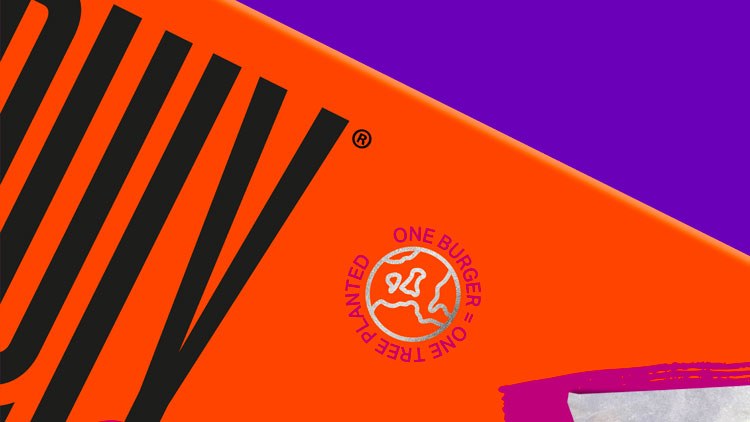