Pentagram has designed the new visual identity for Frieze, to coincide with the art organisation’s 30th anniversary.

More recently, it has expanded into the digital sector with online platform Frieze Viewing Room as well as a line of podcasts and talks.

Owing to the number of sub-brands, a variety of identities and wordmarks had emerged over the years without a unifying look or relationship, according to Pentagram.

The project’s aim was to “reconcile the creative and visual approach to form a consistent visual identity” for the existing brands and any future products, the studio says. 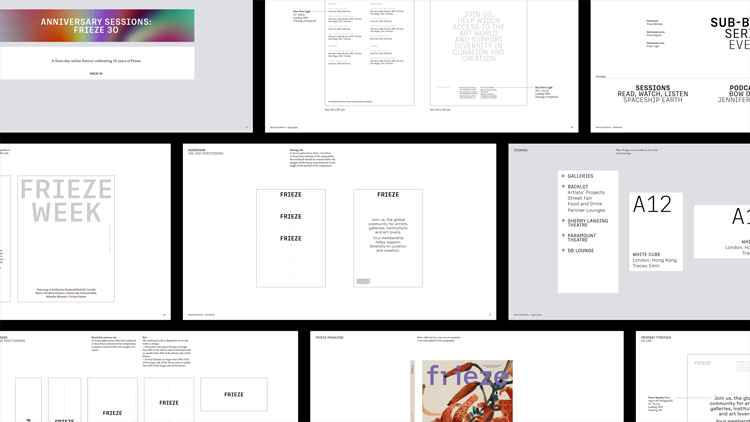 After an analysis of the existing brand architecture, Pentagram’s Luke Powell and Jody Hudson-Powell decided on a typographic approach for the identity. “A key part of the brief was to create an identity that maintained flexibility so new brand products or sub-brands could easily be incorporated,” the team says.

The new Frieze typeface has been inspired by the organisation’s 30-year legacy, including the frieze magazine masthead which was created by British visual artist Tom Gidley and subsequently redesigned by graphic designer Paul Barnes.

The new typeface is “modern, sophisticated and ownable”, the studio says. While it retains the original masthead’s features (including curved brackets and “occasional” slab serifs), it has been expanded to a full character set. 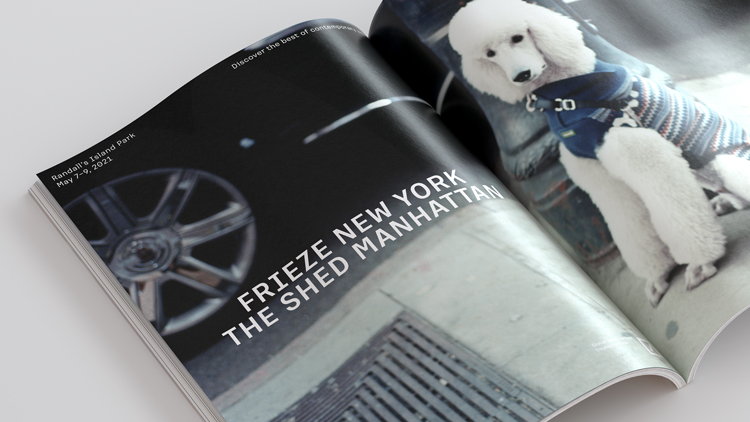 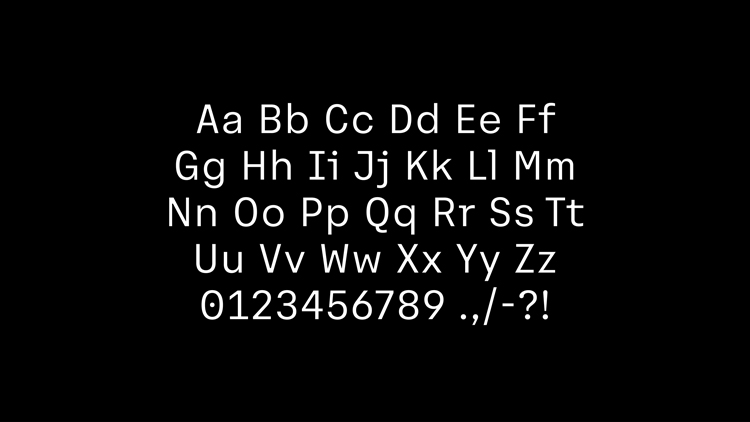 The team developed the narrow uppercase characters to “create a natural continuation of the typewriter/monospace features” in the magazine’s masthead.

The typeface comprises four weights and was developed in collaboration with typographer Luke Prowse.

The design team says the typographic system allows for greater flexibility in the new identity, as “any configuration of a wordmark can be created”. It also creates a “graphic separation” between the newly-adapted masthead and Frieze’s primary wordmark. 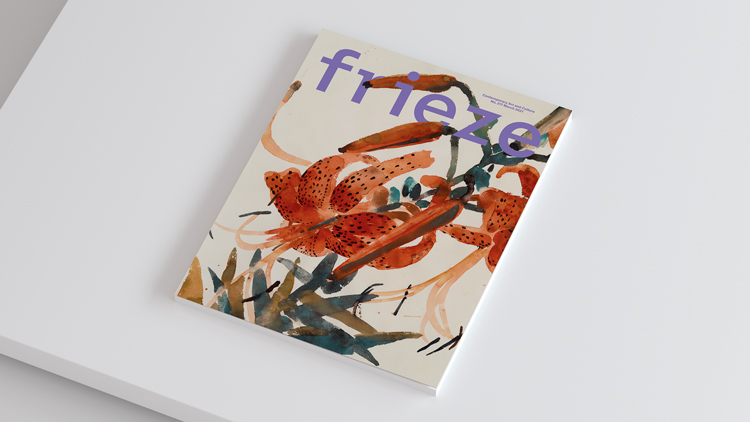 A black and white colour palette has been adopted, which “allows the colours and textures of the visual content to play a prominent role in the way the brand is expressed”, Pentagram adds.

The Frieze typeface has been paired with supporting serif typeface Sina Nova, which “has a high legibility and lends a warmth and intelligence to the designs,” the studio says.

Frieze creative director David Lane has used the new identity to develop campaigns that will mark milestones in the organisation’s 30th year throughout 2021.

These campaigns have been created in partnership with the artists or the visual content at the centre of each event.

New York artist and computer programmer Zach Lieberman, known for his code-inspired artwork, has created a series of animations to represent the brand’s 30th anniversary.

Photographer Chris Rhodes has also planned a campaign shoot for Frieze New York which hopes to capture “the essence of the city”, Pentagram adds.