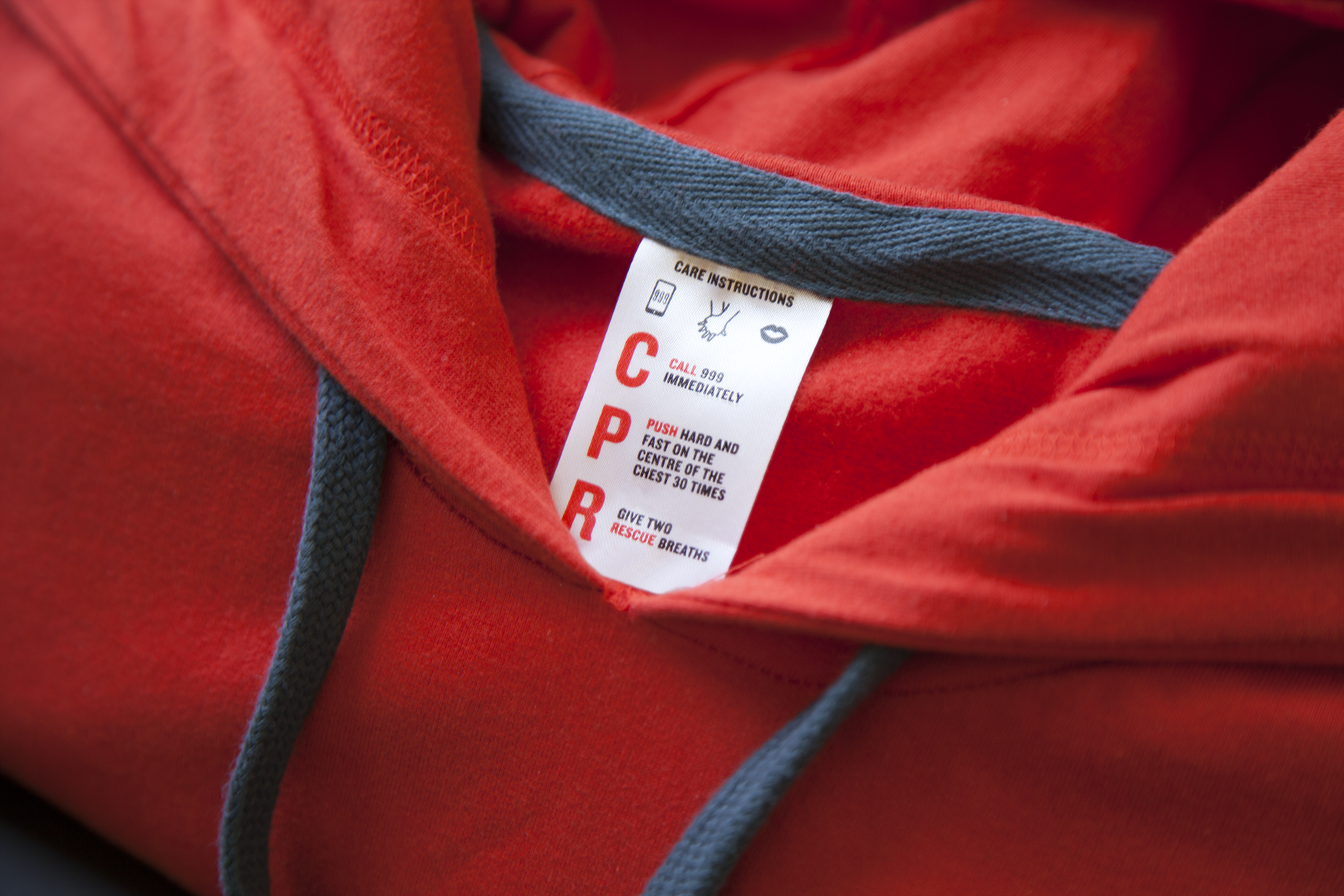 The British Heart Foundation is adding a new tag to all its merchandise – a care label that tells you how to look after your heart.

The label has been developed by The Partners, which has previously worked to develop the BHF’s branding.

The label came about after the BHF asked consultancies on its design roster to submit ideas for a t-shirt to promote its Wear It Beat It campaign, a fundraising campaign which encourages people to wear red and raise money for the charity.

Mark Wood, design director at The Partners, says: “We had also been working with the CPR (Cardiopulmonary resuscitation) team at BHF to create a nation of lifesavers.

“As part of this, we helped them change the meaning to Call, Push, Rescue – a simple way of reminding the public what to do if someone is in cardiac arrest.”

The resulting “care label” features instructions and graphics showing what to do in the event of someone having a heart attack.

The BHF is using the design on all its merchandise, including the Wear It Beat It T-shirts, and The Partners says it hopes to develop the idea further to push the Call, Push, Response message.

• How the British Heart Foundation became a ‘fighting’ brand