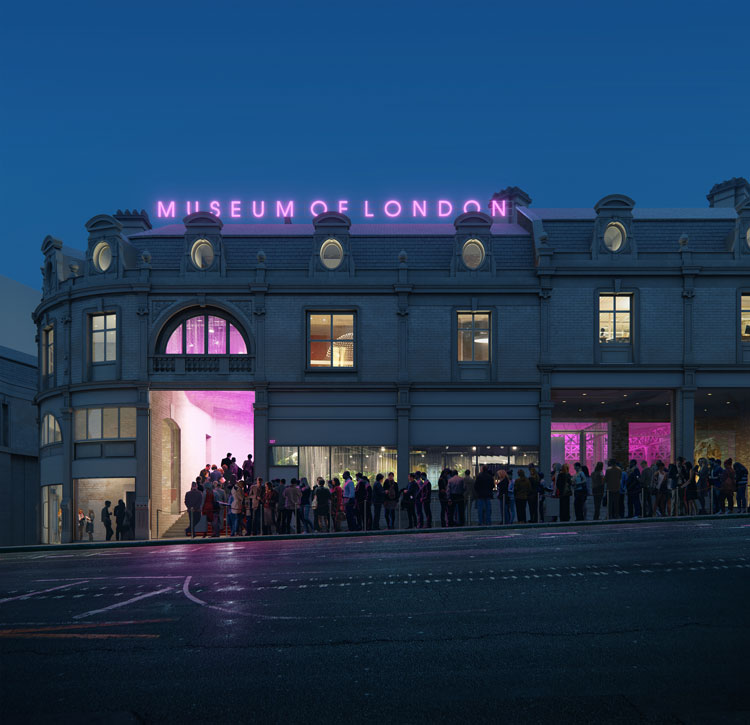 Designs have been revealed for the Museum of London’s new site, which is being redeveloped in the hopes of creating a “world-class, 24-hour cultural destination” with the capacity to welcome over two million visitors a year.

The museum, currently at London Wall in east London, is moving to West Smithfield in central London where it will take over the currently derelict market buildings.

The new site has been designed by London-based architectural practices Stanton Williams and Asif Khan working with Julian Harrap, a firm which specialises in the redevelopment of historic buildings. 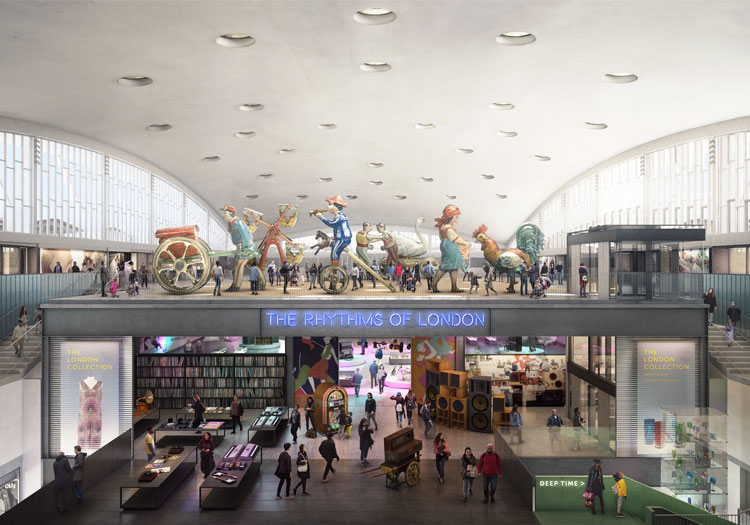 Paul Williams OBE, principal director at Stanton Williams, says that the aim is to “transform the historically charged but derelict parts of the late 19th century West Smithfield market into a living museum for the 21st century”.

The design team, which won a competition to develop the new site, aims to show a “sensitivity to the heritage of the existing market buildings and an understanding of the practicalities of creating a great museum experience”.

The museum opened in 1976 with the aim of showcasing the city’s history, from prehistoric times to the present day. It has a collection of seven million objects, from fashion to children’s toys, which “tell the story of London and Londoners”, says Sharon Ament, director of the museum. 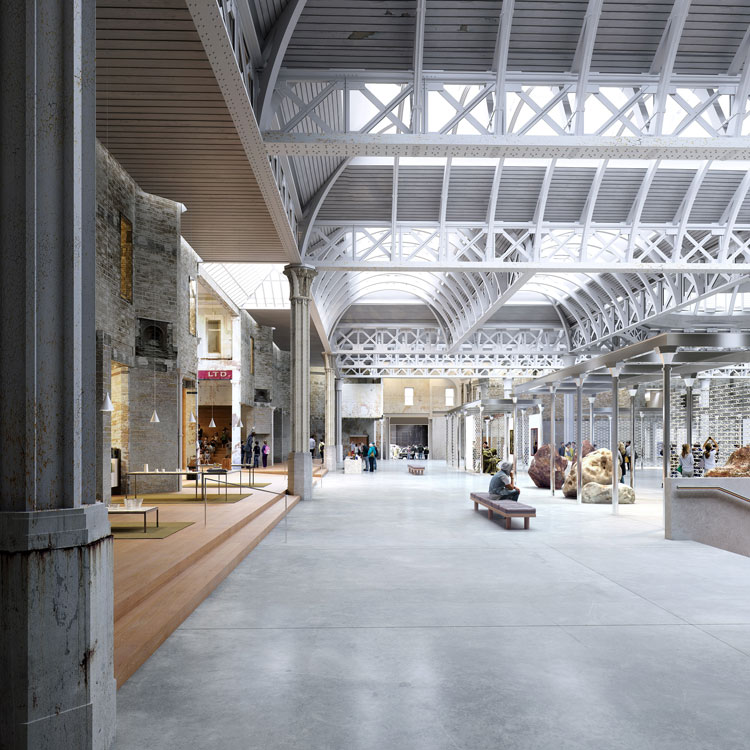 The new museum will keep the “found condition of the existing buildings to ensure their richness and character are not only retained but become an important part of the museum experience”, the architectural team adds.

The design preserves, for example, the historic divide between the original market spaces and the Grade II-listed poultry market, rebuilt in 1963 after a fire. The spaces will be connected but have distinct purposes.

The general market, a conservation area, will be a “social space” with a restaurant, where visitors can meet, see displays on London within living memory and share their own experiences.

Below the general market will be a subterranean space displaying the museum’s collection, which spans more than 10,000 years.

The poultry market will house temporary exhibitions, which will showcase the latest research and development in storytelling and design.

The Annexe, previously the fish market, will provide a new public space for performances and installations. 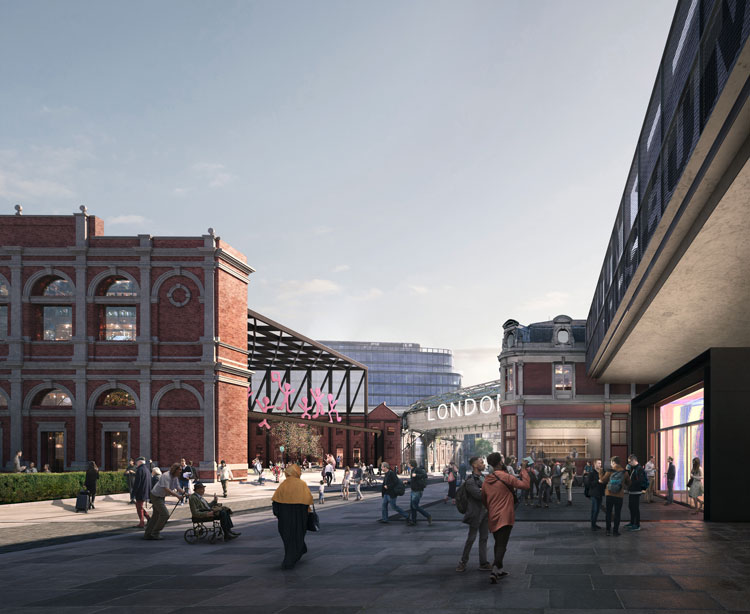 As a “sustainably conscious” effort, the site will reuse much of the existing buildings and materials, paying attention to the red brick and stone of the original market, as well as the concrete, glass and copper of the more recently built poultry market. 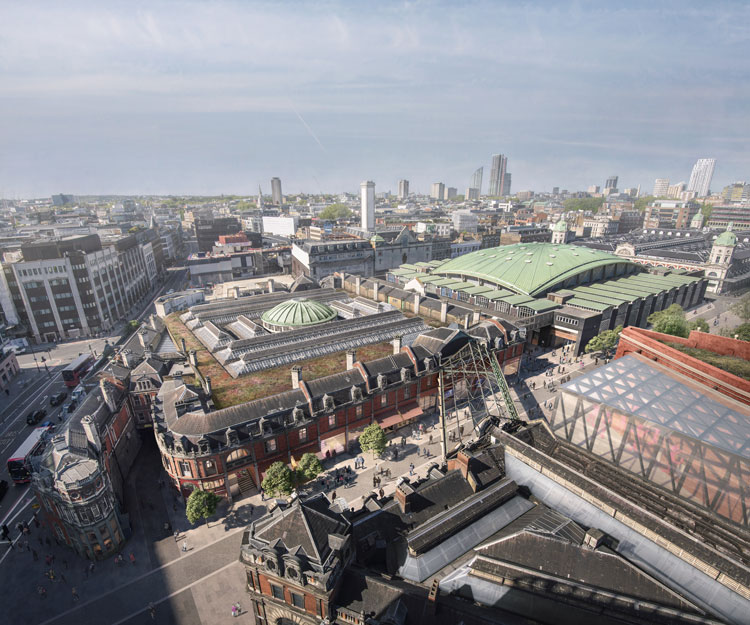 Another aim is to create a 24-hour venue, as part of an attempt to boost the capital’s “night-time economy”, though opening hours have not yet been decided.

Ament says: “As people will see from our latest design concepts, it will be a totally porous space, available night and day.” 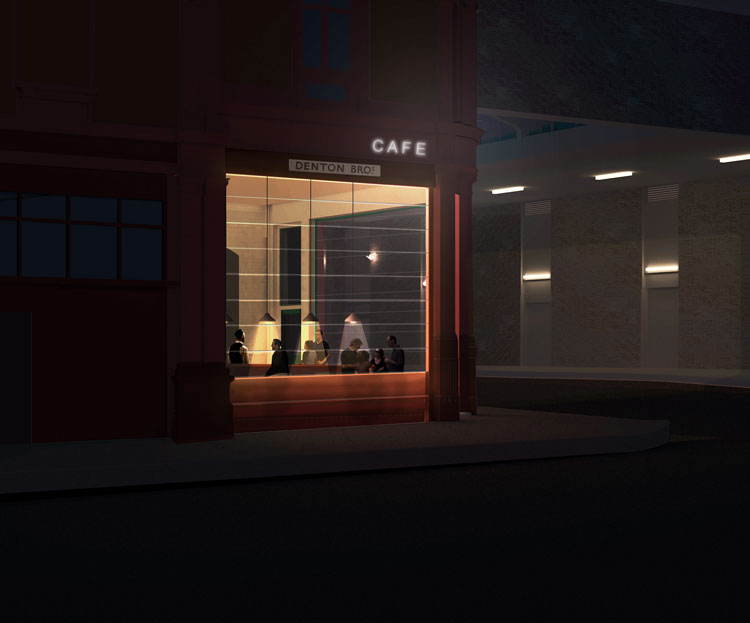 The ambitious plans have come at a price — the previous budget of £250 million has been revised to £332 million. There is still a further £44 million to raise in funds.

Mayor of London, Sadiq Khan, says that “this spectacular new home for the Museum of London will cement its place as one of our city’s cultural gems”.

The designs of the new space will be on view to the public at the new, undeveloped site in West Smithfield as well as the current site in London Wall, on Friday 5 July. The new museum is expected to open in 2024.

What does Jony Ive’s departure mean for Apple?