“At least now you don’t have to go into an interview and talk about how electrification is the future of mobility,” Thomas Ingenlath says. “In the beginning, electrification wasn’t such a crowded place.” Ingenlath is CEO of the Swedish marque Polestar which has produced two electric vehicles since it was established in 2017: Polestar 1 and Polestar 2. Now almost all car manufacturers have released electric models, Ingenlath adds. This “common ground” has created a sense of healthy competition for the start-up. “Even if everything is electrified, Polestar still has to have meaning to be there,” he explains.

This means creating a distinctive look and feel for the Polestar vehicles. Polestar is owned by Volvo (Ingenlath was previously senior vice president design at the parent company) and has headquarters in Gothenburg, Sweden. The team comprises 12 core designers. Where Volvo vehicles are “warm and inclusive and family friendly” with natural materials, the Polestar space is “much more tech, cool, more individualistic and provocative”, he says. 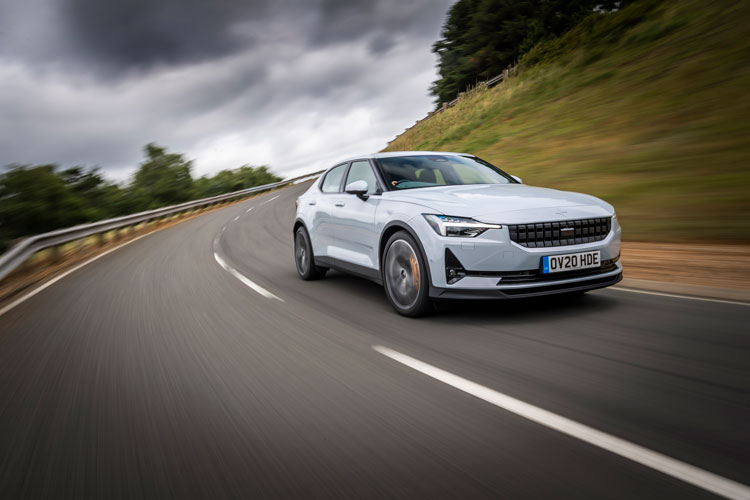 The company’s second model, which was revealed last year, has a design style inspired by Scandinavian architecture. The marque says that this creates a “new path” for electric vehicles in terms of aesthetics, and also allows drivers a customisation across interior and exterior colours, tyre packages and brake combinations. A panoramic glass roof encourages passengers to look up. It also benefits from its parent company’s relationship, with safety features developed by Volvo. There are “many secrets and mysteries” which go into the design, Ingenlath says, and he believes being able to collaborate on “research intense” projects with Volvo is one of Polestar’s biggest advantages.

One of the most significant upgrades was the integration of Android technology, meaning that drivers have access to Google Assistant in vehicles. From day one, drivers who use Google Home will have a more tailored experience with the vehicle in a step forward for this kind of connected smart system. This user experience was a key focus for the studio. “You can have the same development of a car, mechanical-wise, but with crappy software, it feels like a very raw prototype,” Ingenlath explains. With different software, it’s suddenly refined, he adds. 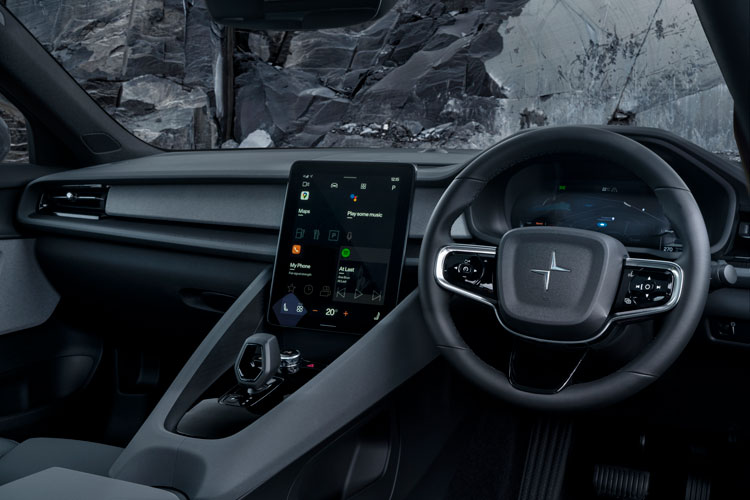 The software is also continually updated, meaning that customers experience a car that has “ability to change”, the designer says. He says it’s strange to think how long this was not the case for vehicles, and it marks not only a shift for consumers but also designers. “We are in close contact with the customers,” he says, pointing to Facebook groups and other social media platforms. “We’re immediately in dialogue with them, about which features they like, and where they see improvement.” “To be able to react on that is such a different story,” he adds.

“People don’t buy an idea, they buy a product that delivers on that”

While the designer is clearly interested in sustainability, he stresses that the vehicles’ success lies in desirability. “I was always intrigued by how at the end of the day the desirability of an Apple product was what made it so successful, and not necessarily the company’s philosophy,” he says. “People don’t buy an idea, they buy a product that delivers on that.” The recently-unveiled concept vehicle Precept for example, features “design from the near future” including a distinctive 3D knit material for seating that seeks to reduce waste. Plans for the Polestar 3 reveal an electric SUV, in line with Tesla’s Model X design.

Ingenlath says that one of the main areas of development for Polestar will be reducing Co2 burden throughout a vehicle’s lifecycle. The Co2 burden is decided by four main areas; production of fuel, vehicle manufacturing, vehicle use and its disposal. Polestar’s production plant in Chengdu, China was completed in 2019, a curved building which runs on renewable energy. It’s a priority to reduce the cars’ burden, from materials to car production, as well as the ways it could be reduced throughout a car’s life cycle. This “continuous improvement of Co2 burden” will be crucial in the design development, he says.

While electrification has become a much more familiar concept, thanks in part to the headline-grabbing antics of Tesla and its CEO Elon Musk, practical concerns still plague the sector. Charging is one of the biggest questions, Ingenlath says. Earlier this year, Polestar revealed a pop-up charging station in the popular skiing destination of Grums during the Swedish ski holidays. This was a response to the concerns around charging and also a way to showcase an agile response according to Ingenlath. In the summer, it would be possible to place the charging station in a different popular location, the designer says.

Despite innovation like this, Ingenlath believes that the situation in cities will require intervention from other parties – namely politicians. It will require not only subsidies for buying electric vehicles, but also “clear legislation that enables deployment of charging infrastructure”.

He speaks with some frustration about this but adds that it doesn’t have to be a challenge, recalling a scene in Oslo, Norway. Looking out at a street, there were car parks left and right. Only on second glance did he realise that all the cars were plugged in. That was three years ago. “The smallest element of visionary thinking can change our living,” he adds. He also concedes that people might consider the daily use of the car: “I’m not promoting not owning a car, but I’m certainly promoting not using the car every day.”

Polestar’s collaboration is wider than simply Volvo. Ingenlath says that he likes to work with brands across all sectors for inspiration. Some of those include electric off-road bike brand Cake (which are sold at Polestar showrooms) as well as fashion brands. Last year, Polestar teamed up with luxury label Balenciaga on a video game which showcased Polestar concept vehicles and Balenciaga’s autumn/winter 2021 collection.

The designer says that being in dialogue with these brands is educative. “They have shown how a commercially-run business can embrace the sustainability option,” he says. It also helps position Polestar as a “car company that is not so much going in circles about what the car industry is doing but looking at other products across fashion and mobility”.

This will of course be helpful to Polestar’s reach as it moves forward – engaging with brands outside of the automotive industry will hopefully pique the interest of unexpected customers. “I’m convinced that this is something people get interested in and that it’s not just a car that people who like cars can get interested in,” he says. “I think we have to work a lot on that to make sure people don’t shut off.”