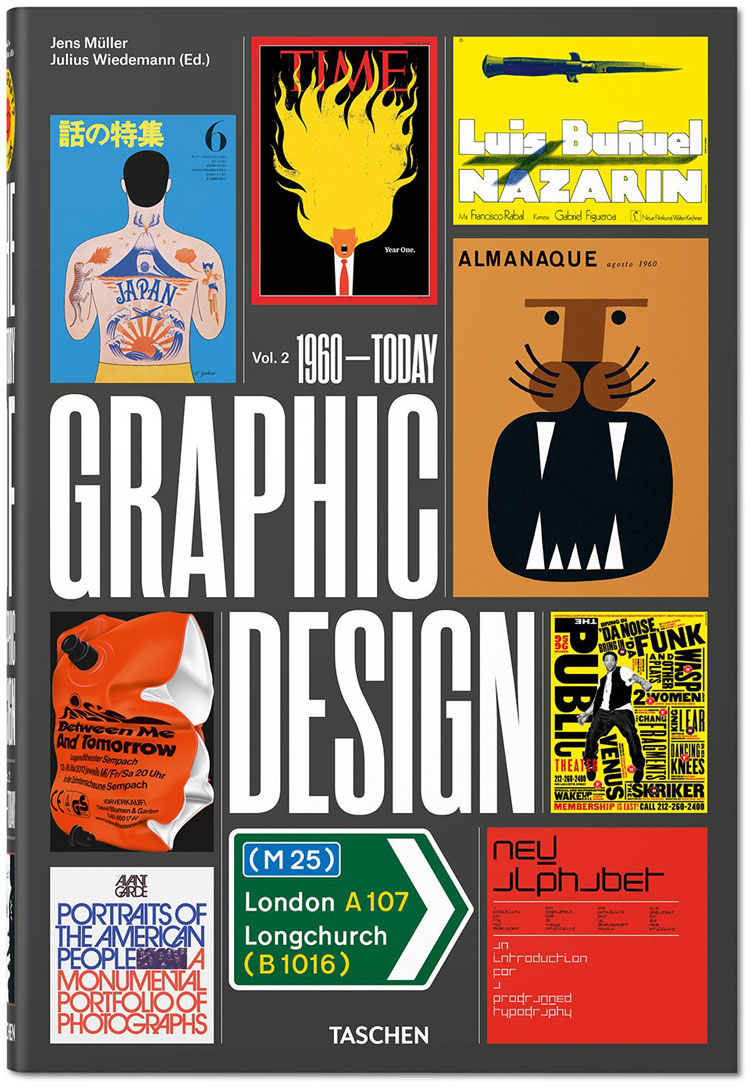 A new graphic design book seeks to tell the social and cultural history of the world through graphics, by exploring some of the most important works from the past 60 years.

The 480-page bumper book published by Taschen includes a chronological run down of everything from movie posters to logos, wayfinding systems, corporate identities and more.

Müller tells Design Week: “I feel there are two main purposes for the book. First, I see it is a history book for graphic designers to see how this profession evolved and what happened in the past. 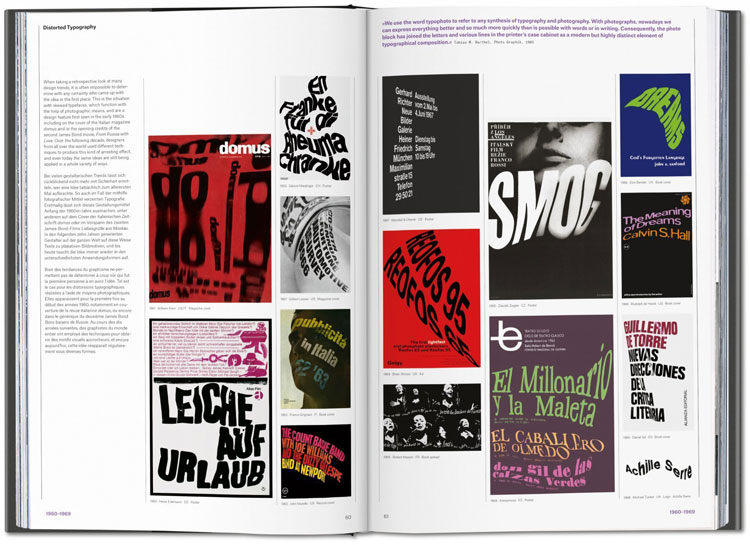 “But also, I see it as a general history book which is using graphic artefacts to describe the history of the 20th century. It doesn’t use photography or infographics like a school history textbook but instead uses book covers, movie posters, logos… You can both read it as a graphic design bible or as a history book.”

The book contains timelines to give the cultural context of the time certain graphics were designed.

These timelines run down some of the most important events of each decade, including politics, wars, technological innovations and major companies being founded.

“I think graphics need to be reviewed in the context of the era and what happened,” Müller says.

The book includes many of the most “important” and “ground-breaking” design projects from past decades, such as the New York subway wayfinding system by Massimo Vignelli, through to culturally significant pieces like a movie poster from Jaws.

While many well-known pieces are included, part of what makes this book unique, according to Müller, is the effort to also include works and designers that have not been widely acknowledged in the past, found by scouring through magazines and speaking to a wide range of people for research.

“We put a lot of people on the table who haven’t been recognised before but who have not only been important to the graphic design in their country but also in the world,” Müller says.

“Peter Mussfeldt, for example. He moved to Ecuador in 1962 and before that he studied graphic design in Germany. He introduced Ecuador to modern aesthetics and became the most important graphic designer there, he designed logos for banks, museums and more.”

The book also aims takes a more international look, he says, trying not to focus too heavily on just Western Europe and America.

“We talked to people from many countries including those that have not been much recognised in graphic design history like Ecuador, Mexico or Korea to find out what the most important graphic design works from these countries are. These included airline designs and works from cultural events,” Müller says.

The book, which includes text in English, German and French, is set out by decade, with a page summing up what was happening in the world and in graphic design at the time, followed by pages featuring a timeline.

The bulk of the book, which has been designed by Müller, is filled with a variety of images, offering a mixture of commercial and artistic works presented together, with small columns of text explaining a bit about it.

“It was like a big jigsaw to put it all together,” Müller says.

“That is really what graphic design is. It combines books, magazines, avant-garde work and then really commercial work like the American Express logo.

“It is sometimes strange to see these next to each other, this unique arty poster and next to it a logo for a credit card company.

“But I think that is how we consume graphic design, it is not just about going to art galleries to look at it but often it’s walking through the street and looking at a poster or getting an email and looking at a logo. That is the speciality of this field.”

The design of the book is “functional”, he says, as its aim is “to make the thousands of works more consumable.” 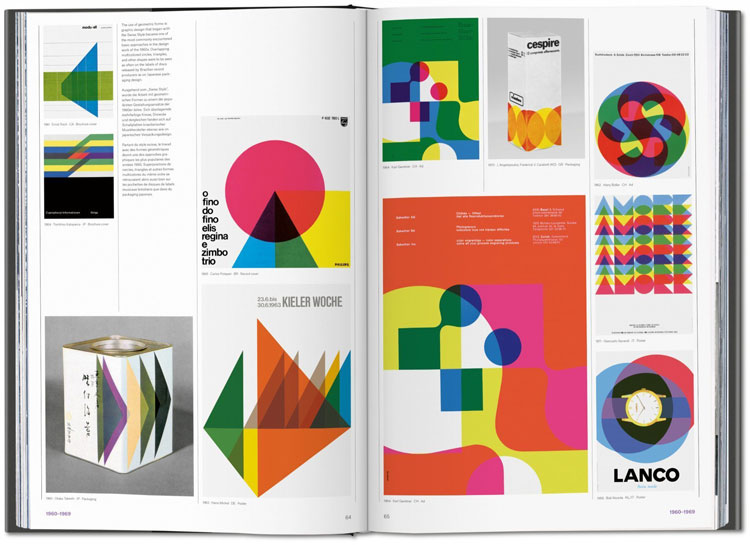 Each decade section aims to capture the spirit of the time, as Müller explains, the main theme of the book is to “see how times change and how important the zeitgeist of the time was for graphic design.”

The book shows how certain things have changed over time, such as the Lufthansa logo, which is featured both in the early pages of the 1960s and following the recent rebrand earlier this year.
The book also charts how design has progressed.

For example, it explores how Swiss style design which focused on simplicity gained popularity from the 1960s, but took a back seat in the 1980s when the newly released Macintosh allowed people to experiment with graphics on their computers – before resurging once more.

The book finishes in 2018, which Müller feels is important as it shows some of the most current works of our time, such as Donald Trump covers by Edel Rodriguez for Time magazine.

“It is a complete continuation of the concept,” Müller says.

“The second volume is a lot of about globalisation of graphic design and about new routes in graphic design for example the field of wayfinding systems.

“It explores the idea of a corporate identity that really rules design for big companies, which is not only a logo but rules about how typography looks and various print matters.

“Then we have the digital revolution, which meant design was not just produced by hand but on computers before really taking hold in the 1990s when the internet became widely available.

“It also looks at things that happened in society, so the 1968 revolution is in the book with French student posters, right through to graphics from recent protests against people like Trump.

All images courtesy of Taschen.