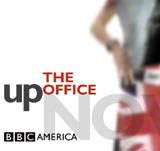 BBC Broadcast has refreshed the on-air identity for BBC America, with new-look trails, promotions and advertising launching this week.

The work was prompted by the digital cable channel’s need for a ‘coherent’ identity that could be applied across all forms of on-air communication, says BBC America vice-president of creative services Sarah Barnett.

‘We’re now in 40 million homes, double what we had when the [TZ-designed] identity package launched two and a half years ago, so we wanted to build on the success of that and take it to the next step,’ she explains.

Barnett says she briefed BBC Broadcast to create a ‘bold and distinctive, but also quite accessible’ identity. ‘It’s a different product we offer, so we needed to be quite clear about what it is that we do.’

BBC Broadcast design director Kevin Hill says the group has retained core elements of the old BBC America identity, such as the use of white space and the colours of the Union Jack flag, but introduced a ‘linear, clean and concise’ typographical solution.

‘There was a real drive to de-clutter and make the identity more streamlined and impactful,’ says Hill. ‘The type now animates from a voiceover and slides in from different points of the screen. It keeps viewers’ attention and helps with clarity of information.’

Hill adds that the consultancy has also made the ‘hierarchy of information’ presented across channel communications more consistent, so viewers ‘always know where to look for programme details’.

BBC Broadcast beat two US consultancies to the work following an unpaid, creative pitch in December.