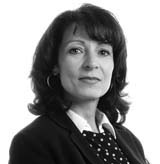 Global branding and packaging design network Anthem Worldwide is looking to acquire a London design consultancy as part of its programme of expansion into Europe.

The company, which is owned by US-based branding, design and print services group Schawk, is currently scouting for an independent design consultancy, in order to establish an office in the capital. Failing this, the group will start up its own office and then make an acquisition at a later date, according to Anthem Worldwide executive vice- president Anne Marie Pagliacci.

‘We are very much on the acquisition trail to grow our strategic design component into Europe and we’re talking to consultancies in the UK at the moment,’ says Pagliacci (pictured).

The group has also agreed a deal with Nestlé UK to acquire its in-house design team, Group Creative Services, which will remain based in Nestlé’s York offices. The company is close to signing a contract with an individual who will take on the role of managing director of both Anthem in York and the forthcoming London office.

Pagliacci says Anthem had ‘originally gone down the path of purchasing a standalone design group with many clients’, before the opportunity with Nestlé UK arose. ‘Our proposed arrangement with Nestlé UK demonstrates Anthem’s commitment to expand globally,’ she says.