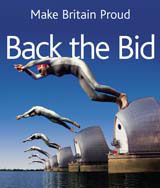 The Olympic Games organisers have ditched their controversial approach to free design pitches, following pressure from the industry.

The appointment of a design group to create the master emblem and brand identity for the 2012 Olympic Games will follow industry best practice, and design groups will be paid for any creative work they produce, the organising body has confirmed to Design Week. This commitment by the International Olympic Committee and the London Organising Committee of the Olympic Games follows the controversial free and open pitch process used to select the marque for London’s 2012 bid campaign, won by Kino Design (DW 30 October 2003).

‘We will be following a process of industry best practice and are consulting the industry over this,’ says London 2012 head of marketing Chris Denny. ‘If consultancies are contributing creative work as part of the pitch process, they will be remunerated for this.’

The IOC and LOCOG intend to have a visual identity in place for the London games towards the end of 2006 and will open discussions with branding consultancies at the beginning of next year. ‘Our next objective is to select a design consultancy to create the look and feel and corporate identity of the games. This is an incredibly complex process; a much more complex exercise than the bid identity,’ says London 2012 chief executive Keith Mills (pictured). 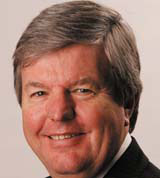 Denny has held a series of meetings with key figures from the design industry over recent months, including the Design Business Association, garnering opinions on the best approach to appointing designers. ‘It is a tradition for Olympic Games identities to be developed in the open selection process that was used for the bid logo, but after consultation with the industry – and because it is a very complex job – we will adopt what is considered industry best practice. This is one of the biggest identity design jobs there is,’ adds Denny.

The details of how the tender will be organised are yet to be finalised, but Denny is considering appointing an intermediary agency to advise on compiling a list of suitable design consultancies.

• Village: detailed planning, designers yet to be appointed