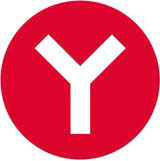 Intro has been appointed, following a six-way pitch to rebrand London’s Young Vic theatre, ahead of its £12.5m relaunch next year.

The consultancy is tasked with redesigning the current Young Vic identity, which has been in existence since the 1980s. Although it has been ‘tweaked’ over the years, the revamp will ‘mark a new chapter’ for the theatre and aims to give the venue its strongest presence yet in the arts community, says Ian Whitaker, marketing and sales director at the Young Vic.

The rebranding project may include a name change, and will be applied to all aspects of communication for the Young Vic, including wayfinding and signage. Adrian Talbot, design director at Intro, expects the identity to be ‘resolved’ by the end of January.

‘The Young Vic has a very clear vision of where it wants to go in terms of identity design. We want to create a brand that conveys more of an attitude, which is fresh and vibrant. The theatre space is not too precious or serious and the brand should enhance that and be in sympathy with the ethic of the building,’ says Talbot.

Architect Howarth Tompkins is currently redeveloping the theatre, which was built in 1970.