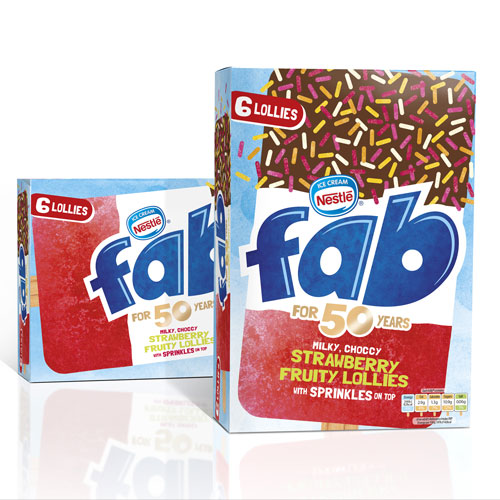 The consultancy was commissioned to carry out the redesign by Fab’s parent company Froneri after it decided that the brand had “lost its way” and begun to look like “every other sprinkle brand lolly in the freezer”, says Springetts creative director, Paul Williams.

The three-dimensional effect used previously has been stripped away and a slightly textured style has been applied, while the “A” and “B” characters are now softer and more curved in shape.

An illustration of the ice lolly itself now appears on all of the packaging, with the words “for 50 years” appearing in gold directly below the word marque.

Springetts has added a tagline to the packaging thought up by Williams’ five-year-old daughter Isabella, which reads: ““milky, choccy, strawberry…with sprinkles on top”.

The consultancy has also designed the packaging and campaign for a limited edition birthday cake flavour of Fab created to celebrate its 50th anniversary.

The redesigned branding and packaging is now rolling out across the UK, with additional campaigns expected to launch during the summer. 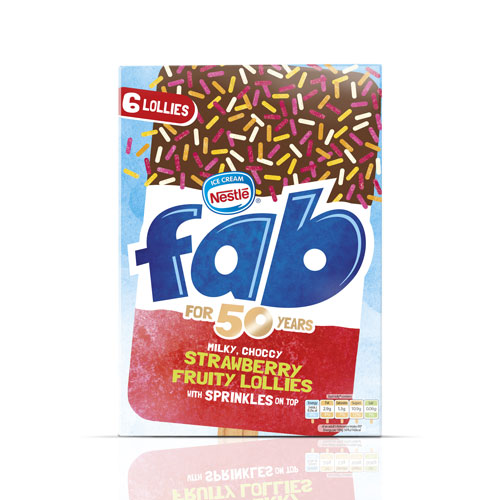 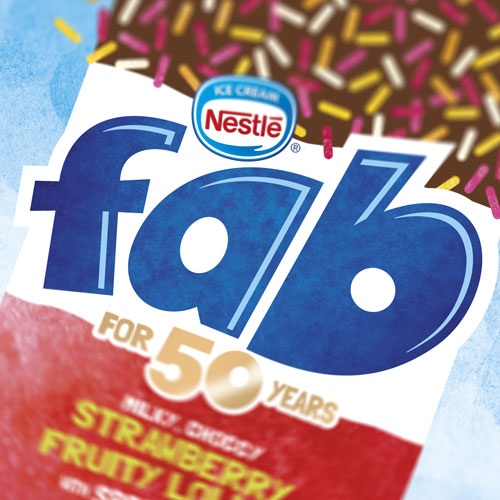 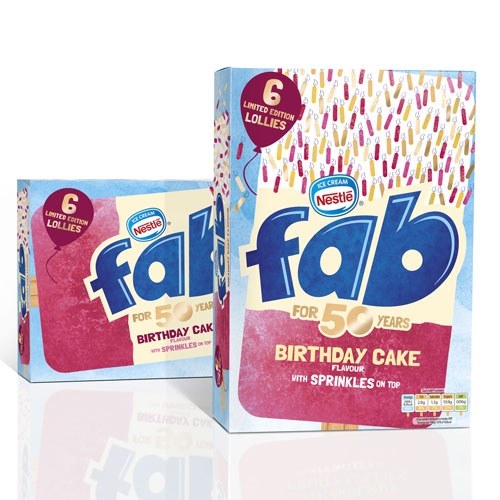