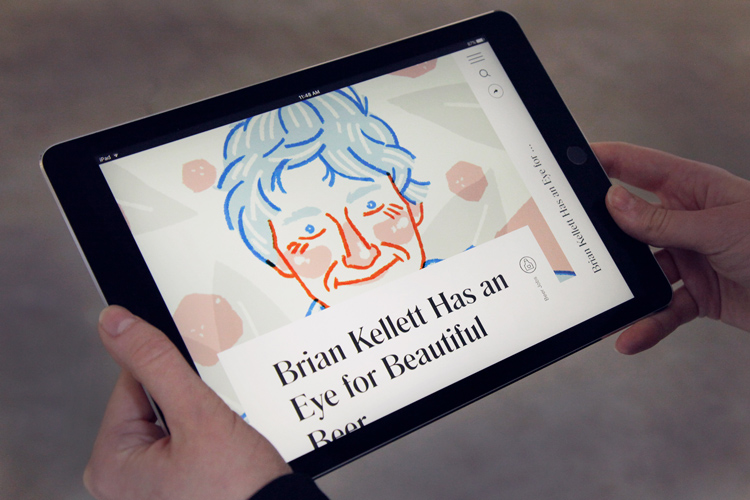 A new online magazine has launched that aims to “democratise” the “esoteric” language of craft beer, and drop its “manly” aesthetic to make the topic more accessible for a wider audience.

October is owned by magazine publisher Condé Nast, and was imagined by the creative team at Pitchfork, a music reviews website also owned by the publisher.

Design consultancy Stink Studios has created the website and branding, and the project has been funded by ZX Ventures. Editorial staff have been hired from US-based beer blog Good Beer Hunting.

October was named by Pitchfork and Stink Studios, and references German beer festival Oktoberfest as well as alluding to “a time of relaxation” when warm, dry weather occurs in autumn time in the US, says Olivier Gillaizeau, creative director at Stink Studios, who headed up the project alongside senior designer Jessica Hagg.

“It feels like a beer month, but also it’s right after summer in the US,” he says. “It’s when the excitement ends and you start relaxing, which is when you would want to consume beer. The idea of the Indian summer resonates well with the American audience.” 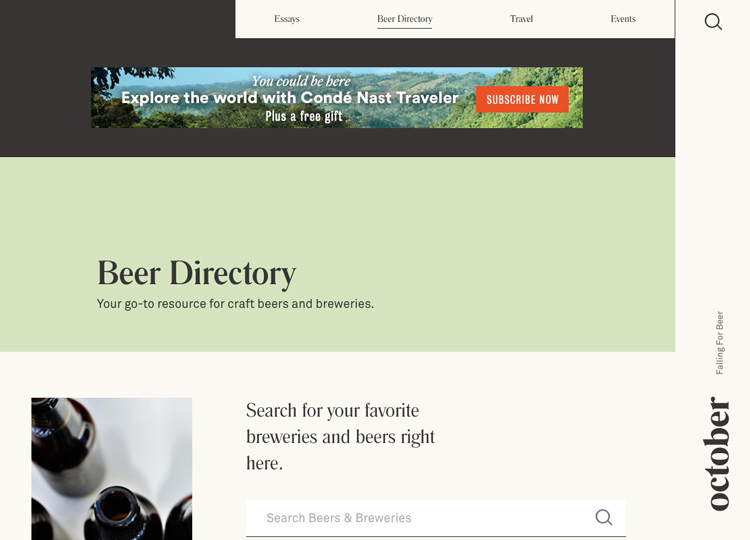 The site is full of long-format essays and articles, which aim to teach people through “accessible language” and a “cleaner, simpler aesthetic” than other “geekier” sites, says Gillaizeau. It also includes a breweries directory and a travel section.

“The main focus is to democratise craft beer,” says Gillaizeau. “Beer sites are very esoteric. We have tried to make readers feel good by letting them hop on the learning curve.” 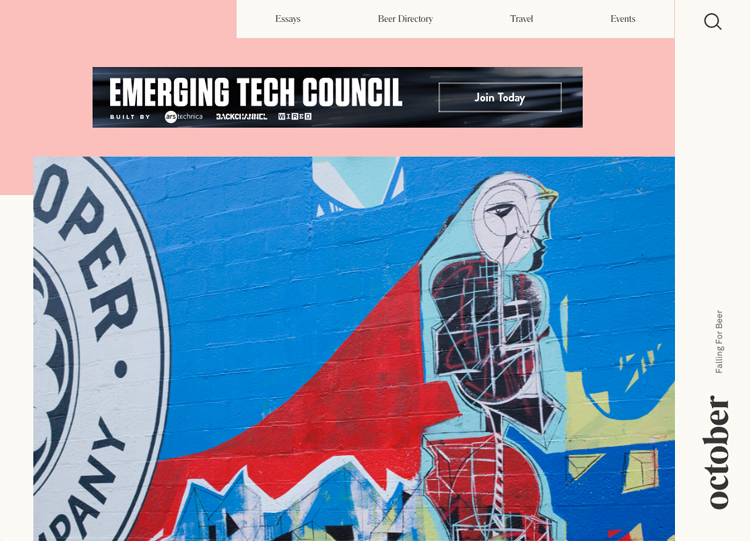 The logo consists of a lowercase, serif wordmark set in typeface Romana, alongside the strapline “Falling for beer”. Romana references typography used in monastery brewhouses in the 17th century, when monks began brewing beer.

“The type was so beautiful, we didn’t want to create an overly-complicated sign,” says Gillaizeau. “With editorial, simple type is much better – think of GQ or Elle.”

The logo appears vertically on the right-hand side of the homepage, which aims to accommodate smartphone or tablet readers who will be looking at the website in portrait format, and also aims to make the site stand out, adds Gillaizeau. 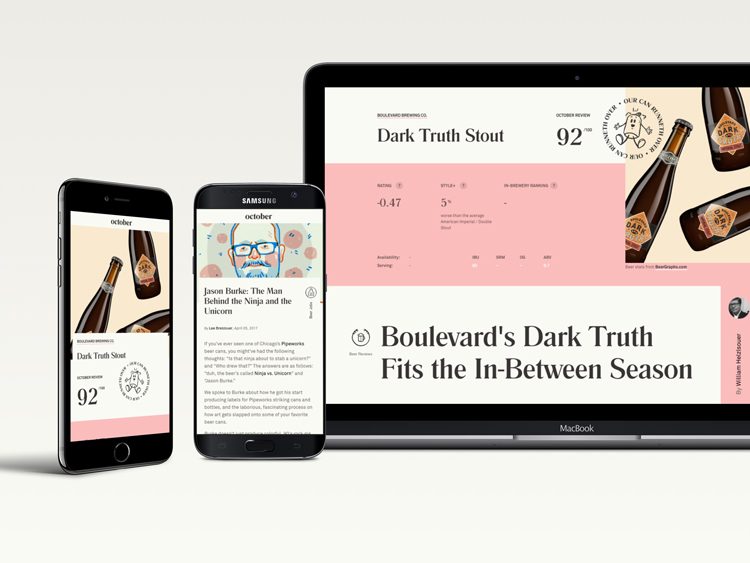 The website uses a colour palette of pale pink and cream, alongside a series of icons and an animated beer can character called CanMan designed by illustrator Dan Savage. A four-category menu at the top of the homepage has been used, alongside a search function, which mirrors that of Pitchfork.

“Other beer sites are very manly and geeky,” says Gillaizeau. “This aesthetic is more clean and comfortable, and can appeal to younger people, and women too.”

Stink Studios were invited to design the website after working with Pitchfork on projects previously.

October is now live and available to read internationally. 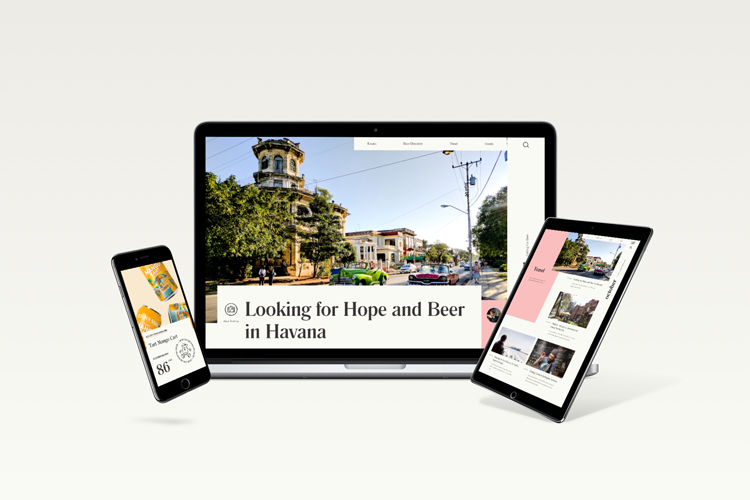 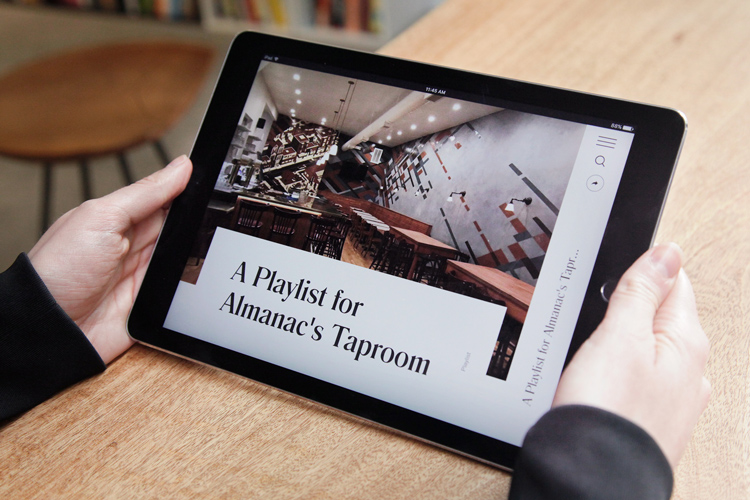 Game Changers: the exhibition charting the evolution of game design