Studio Sutherland has given the Churches Conservation Trust a new identity which focuses on the historic architecture found in churches across the UK.

The organisation is dedicated to saving churches that are at risk of falling into a state of disrepair. More than 350 buildings have been protected by the trust to date and churches rescued by the Churches Conservation Trust become cultural, social and educational hubs for visitors and communities.

Studio Sutherland pitched for the project last year, with the brief being to look at the Churches Conservation Trust’s existing identity and recommend what could and should change. At this stage, the organisation had “a very generic and corporate-looking arch” motif, Studio Sutherland founder Jim Sutherland tells Design Week.

“[It had] nothing to represent the amazing rich architectural details found in English churches,” he says. But while the previous arch branding was lacking, the idea of it seemed like the “perfect starting point”.

With most of the Churches Conservation Trust’s staff being volunteers, the new identity had to be easily usable by all. Volunteers were consulted by the studio, and were asked to send in pictures of the doors and windows of their local churches to inform the work. Additionally, the organisation’s architectural experts helped with research.

“We wanted to represent many different styles of churches around the country,” says Sutherland. “This meant that a local church could choose a symbol that most reflected its own character.”

As well as being more representative of the diversity of UK churches, the wide-ranging look was also key given how the trust chooses to re-purpose its buildings. No longer places of worship, they are turned into places as diverse as circus theatres, arts venues and sleepover spaces. 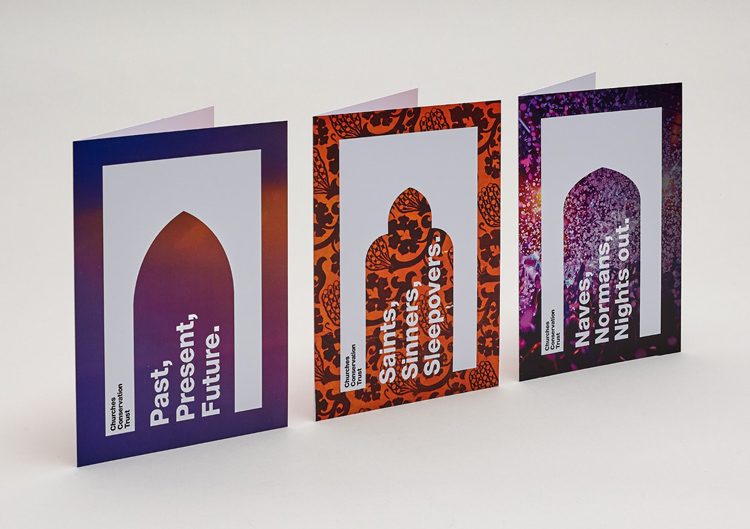 To reflect this, the studio uses a series of three-word phrases elsewhere in the branding for material like posters, leaflets and other communications. The final word in each is distinctly “less church-like”, Sutherland says, with examples including “Life, Death, Unicycles” and “Saints, Sinners, Sleepovers”.

The new identity is slowly being adopted by the organisation, which itself is tentatively beginning to reopen some of its buildings following the coronavirus pandemic-induced lockdown. Studio Sutherland’s work is ongoing however, with the focus now on the Churches Conservation Trust’s children’s offering. 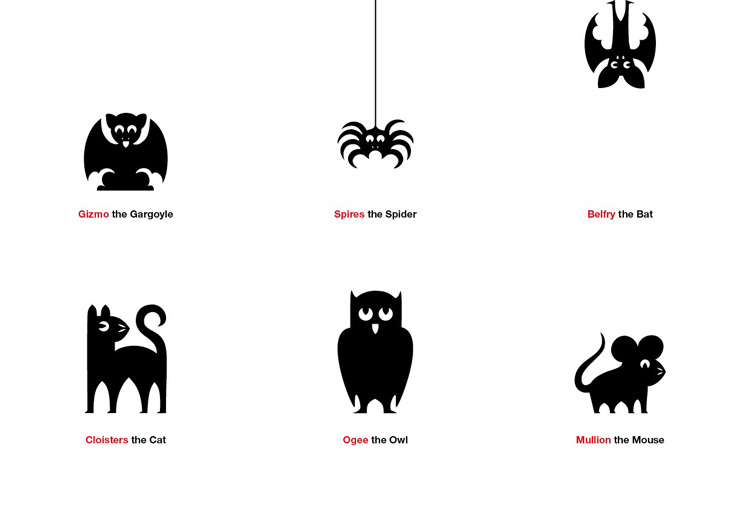 So far, Sutherland has worked with illustrator Rebecca Sutherland to extend the arch motif into a menagerie of church-themed animals for the organisation’s children’s trail. Each animal, he explains, has different arch shapes hidden in its legs, ears or wings, with each named after church features. Examples include Cloisters the Cat, Belfry the Bat and Ogee the Owl.

These have been produced as a series of removable stickers, rubber stamps and notebooks to help children explore their local churches. 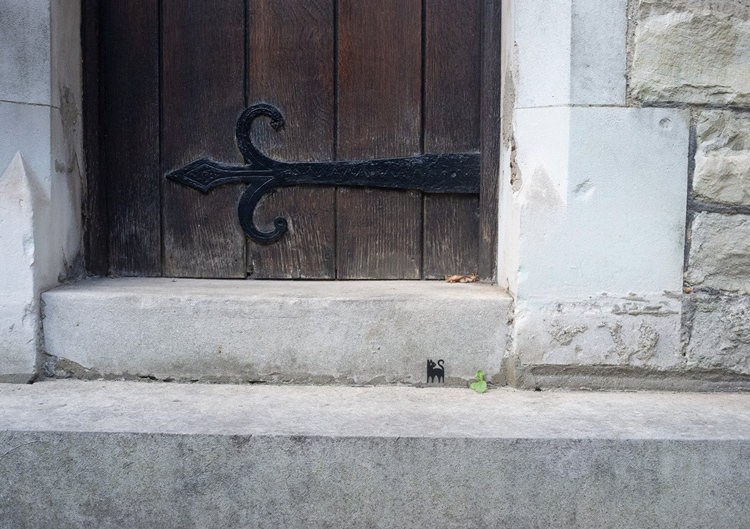