British condom manufacturer Durex has undergone an “activist” rebrand, in a bid to “challenge the unrepresentative and damaging sexual conventions prevalent throughout society”.

Led by ad agency Havas London, the new visual identity for the 91-year-old brand includes a new typeface, communications and logo, and will accompany a new brand strategy. 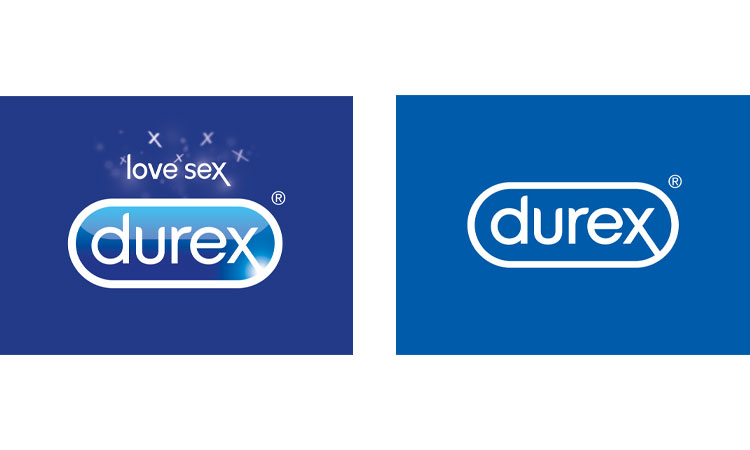 “Building on quality and trust”

Used across the updated visual identity is a slightly more pared back version of the previous Durex logo. According to Lorenzo Fruzza, head of design at Havas London, the idea behind the minimal change was to keep the brand familiar.

“[The logo and the colour] were two aspects that were linked to the product, and [we knew] we could build on the quality and trust that that they stood for,” he tells Design Week.

Taking inspiration from the well-known logo, Durex’s brandmark – the so-called “Lozenge” – features across communications. It can be found in both “story” communications, which use photography so that Durex “can hold up a mirror” up to its audience, and across subtly updated packaging designs. 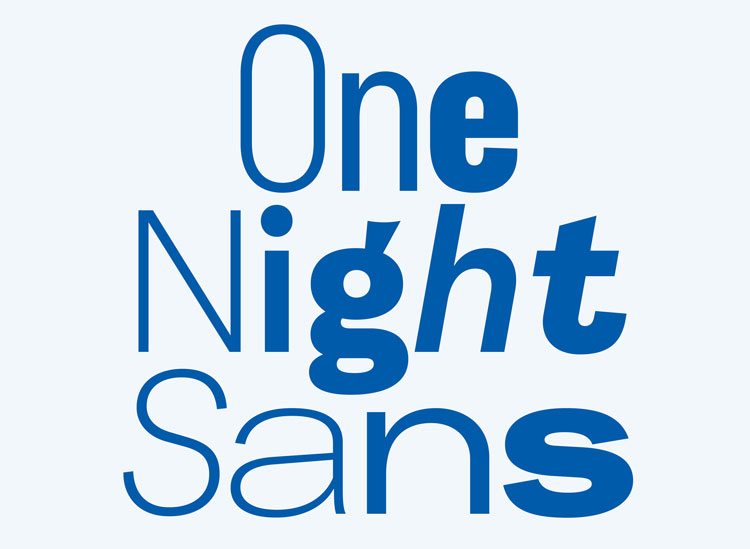 While the logo and packaging themselves have received relatively minor updates, Fruzza says elsewhere a “complete overhaul” was needed to bring Durex’s visual identity into line with its new positioning.

“The Durex strategy is to liberate good sex for all, to normalise conversations around sex,” he says. “The Identity Design was intrinsic to bringing this mission to life and give us a visual system that would allow us to talk to everyone, everywhere, outside the watershed, about the topics that matter in a disruptive and engaging way.”

Among the bigger changes is the adoption of a new bespoke typeface, One Night Sans. The font was designed by London-based typographers Colophon Foundry and intends to be “characterful”, while also being flexible enough to work across a range of “verbal and visual tones”, according to Fruzza.

One Night Sans can be found across a host of Durex communications, from billboards and tube posters, to the packaging itself and even sexual health information leaflets created in partnership with the NHS. 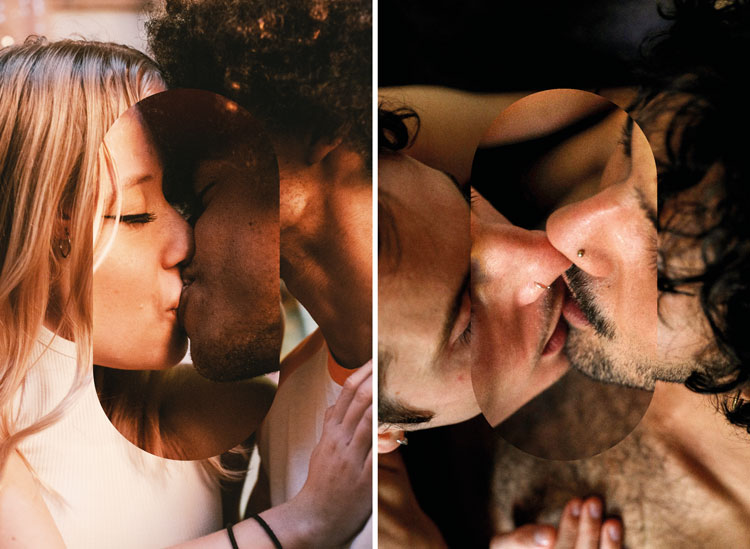 Cutting through the “crowded landscape of love”

Ultimately, Fruzza says, the new visual identity is designed for versatility. Alongside an adaptable typeface, and photographic imagery, this is also achieve through an “intelligent colour palette” which adapts according to place and message.

“In creating this flexible brand identity, we can talk to local markets with the sensitivity of someone who understands them, but paired with the trust that a global sexual wellbeing brand can in-still,” he says.

Launched to coincide with Valentine’s Day and cut through the “crowded landscape of love”, Fruzza hopes the redesigned identity will resonate with “real people and real scenarios”.

“I genuinely hope it helps people to feel empowered to discover and celebrate what good sex is for them.” 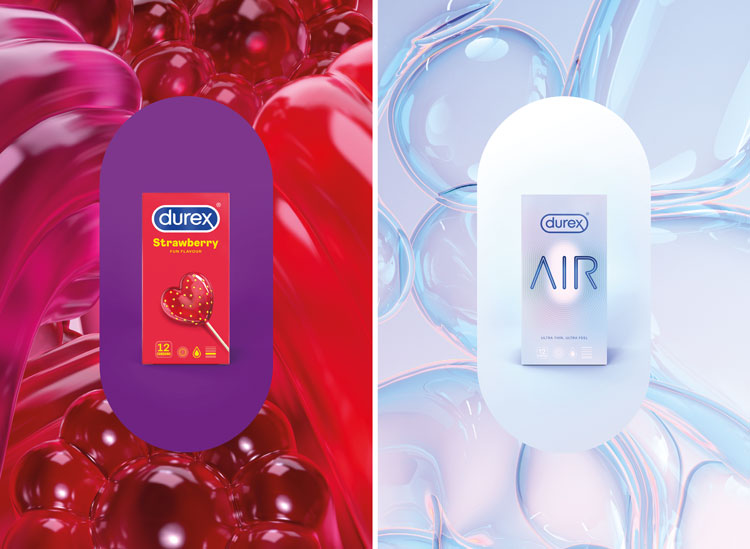 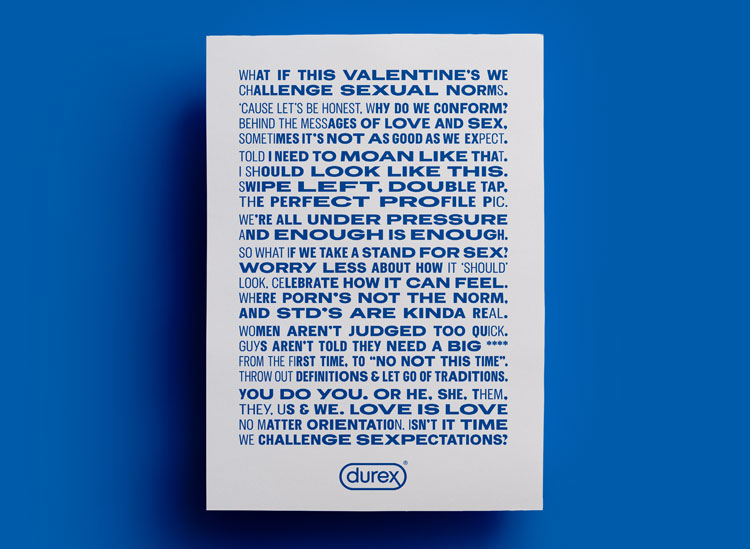