Morrama has designed the wearable tech for Quell, a gaming platform that mixes gameplay with an at-home exercise routine.

Quell provides a boxing game which syncs people’s physical movements with their virtual avatars; players can access the game through their TVs or desktops.

London-based Morrama has designed the wearable technology involved in the platform. This includes the set of controllers, a chest unit, belt, wrist wraps and connected resistance bands.

Crafting an accessible work out kit 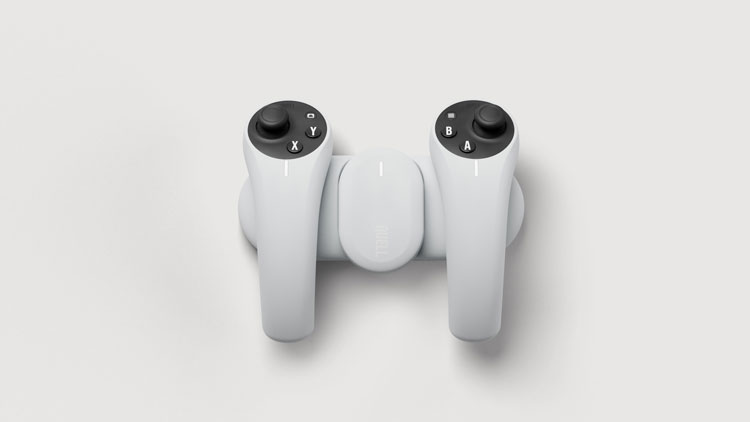 “We wanted people to feel like they were buying a piece of fitness equipment as well as a game, rather than feeling too much like an Oculus,” Morrama associate director Andy Trewin Hutt says.

The design team worked with a network of experts from the sectors of sport science, physiotherapy and human biology in developing the wearable technology.

Morrama progressed from an original brief involving an interactive harness to the belt, he explains. This was an attempt to engage with people of “different shapes and sizes”, Trewin Hutt adds.

“We wanted to make sure that this product is really going to not just be a fad,” he adds. “And the gaming element of it will hopefully make it quite addictive.” 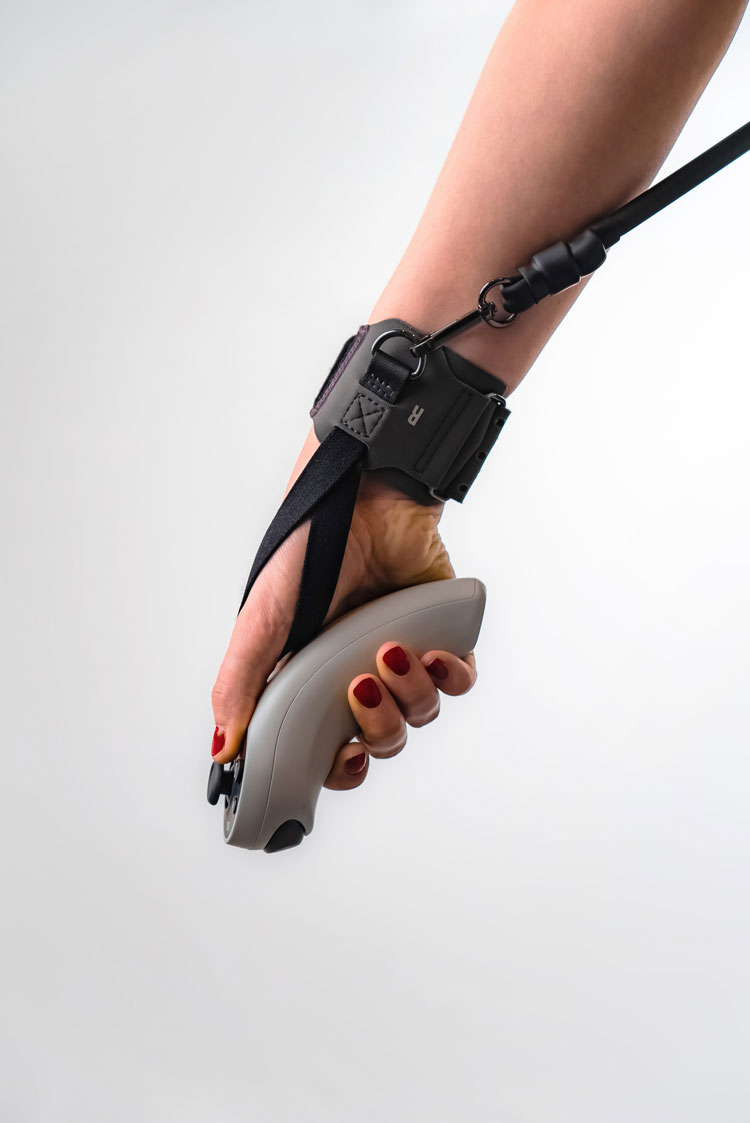 Morrama designed the controllers, which feature accelerometers and gyroscopes. These aim to “accurately replicate players’ movements – whether that be a timely uppercut or a jumping reach for a hanging vine”, the team explains.

The controllers were also a way to bring in more traditional games console elements, according to Trewin Hutt. In the future, the controllers could allow Quell’s game developers to introduce different games, he explains.

Resistance bands, which connect the controller to the belt, were introduced as a way to accentuate “short, intense workouts”, Trewin Hutt says. The design team was inspired by home fitness workouts during earlier lockdowns where people may not have had access to heavy weights, which can be expensive and heavy to ship.

The resistance bands can be more affordably replaced and provide a sense of progress for people, according to the designer. “By having the additional resistance bands, we can allow people to level up as they increase their fitness,” he says. 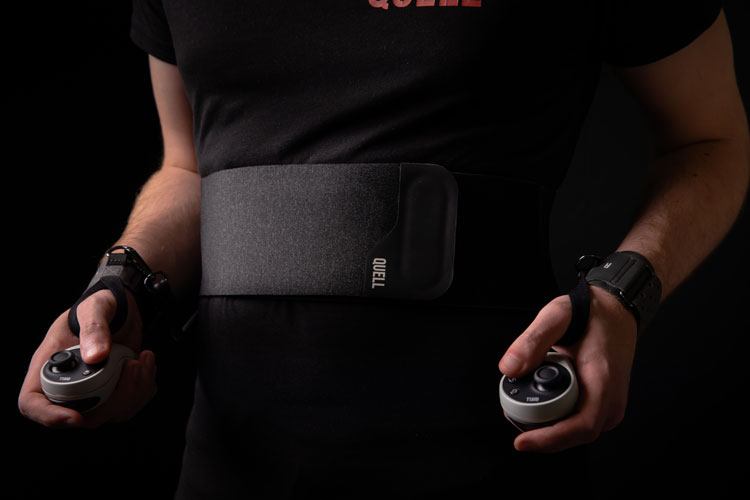 The wearables have been developed to tailor a range of body sizes and fitness levels, according to the designer. Using cues from major sporting brands, the product – made from a triblend fabric – is designed to be worn over exercise gear.

As with Morrama’s recent design for a connected at-home punching bag, the product was crafted with small spaces in mind. “The system has been designed to be played in front of the TV, in a space which is a few meters by a few meters, which most people should have,” he adds. 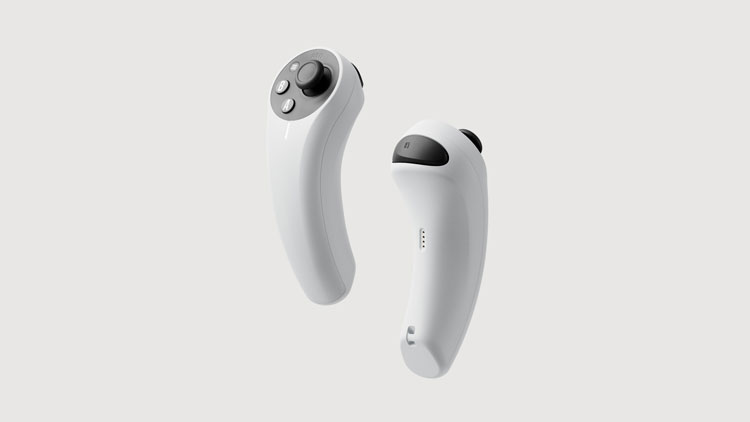 The kit can be charged on the dock, which means that people could take the system on trips away or to friends’ house, Trewin Hutt explains. The docking system was designed to sit alongside traditional gaming consoles, which means that Quell could be incorporated into a gamers’ routine.

The designer adds: “It could sit on the side, and players could say: ‘Maybe I’ll give that a go for an hour before I get on with my normal gaming for the evening.”

Upcoming and recently published design books to look out for