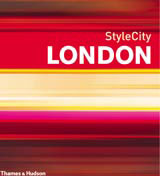 A new generation of travel guides aimed at the discerning, design-conscious traveller are hitting the shelves. But Sara Manuelli asks if their promise is as good as their word

There is breed of traveller out there for whom constant escape to luxury resorts or jetting off to some buzzing city for a three day sojourn is not mere fantasy. For those with the cash and the lifestyle, packing a well-stocked contact address book into their Louis Vuitton weekend bag is more valuable than their pressed DKNY daywear. Time poor, they live off recommendations from those in the know, rather than from a well-thumbed copy of the Rough Guide.

To cater for this generation of discerning travellers, publishers are bracing themselves with new types of publication. This month sees the launch of Thames & Hudson’s StyleCity books, a design-savvy series on London, Paris, Barcelona and New York, while Nota Bene, an independent publishing venture, will be publishing its ‘destination review’ to the Maldives, following its successful series of luxuriously packaged guides to stylish resorts. September will also see the publication of Mr & Mrs Smith, a guide devoted to long weekend breaks, while most connoisseurs can enjoy new offerings from City Secrets, the elegant series that is based on travel tips from celebrities, writers and film directors.

Most of these books have actually dropped the ‘travel guide’ tag often associated with teen-budget economy or Blue Guide academic. Instead, the focus is on inside knowledge for those with a sense of style. They aim unashamedly at design buffs, brought up on a diet of achingly Hip Hotels and lifestyle magazines, who have an eye for detail and a heightened sense of typography, layout and attention-grabbing photography.

Lucas Dietrich, associate director at Thames & Hudson and commissioner of the StyleCity series of books, says the initial idea was to do something quite selective and offer a specific point of view.

‘The idea came from my love of cities, a personal interest and passion,’ he says. Looking around at several existing publications worldwide, he realised there was no single guidebook that catered for affluent, young travellers.

For Thames & Hudson this is the first foray into travel publications. Dietrich admits there was a certain amount of weariness on their behalf about entering a new market, but the huge success of their Hip Hotels series paved the way. Although it is essentially an interiors publication, Herbert Ypma’s collection of stylish retreats around the world has sparked the imagination of many travellers and could single-handedly be accredited with the rise of design destinations.

In editorial design terms, the StyleCity books are very different. ‘The challenge was to create a coherent design given the randomness of the city and make it exciting,’ says Dietrich. ‘With Hip Hotels it was relatively easy since there is one colour scheme per page, with StyleCity you may have on the same page a shop, a bakery and a hotel.’

The original concept of the books was put together by design consultancy The Senate, approached by Dietrich in virtue of its ‘revolutionary’ work on the River CafÃ© Cook Book – the first to use just type on a cover. The project was then taken over and changed quite radically by Grade Design. ‘Because the text was so structured, it was really the images that created the design,’ says Peter Dawson, Grade partner and creative director.

A huge amount of photographs of each city, taken by Anthony Webb and Ingrid Rasmussen, had to be edited and selected. ‘It was a composition exercise,’ says Dawson. ‘We did montages and collages, creating contrasts between interiors and exterior shots.’ The use of colours is also a trademark of the books, with cities like London being characterised by energetic reds while Paris is portrayed in pinks, oranges and yellows. The covers reflect the pace and excitement of each metropolis and feature blurred, busy images.

The design route taken by the NB publications is a pared down approach. A series of independent, impartial publications produced by a property developer-turned-publisher who, like his contributing reviewers, prefers to remain ‘incognito’. Started in 2000, it has so far churned out 20 ‘destination reviews’ to glitzy locations such as St Moritz, Turks & Caicos, Costa Smeralda and Courcheval as well as old time favourites Paris, New York and Venice.

‘The NB publications came about because I felt there were inadequacies in the kind of inside track information available, both about luxury and ‘happening’ places,’ he says. ‘There was nothing that could summarise it all in one collectible item.’ Designed in-house, the booklets have a classic feel to them, bespoke photography and uncoated paper stock. ‘It’s not a manufactured publication, it’s neither glossy nor glamorous,’ he says. ‘[In its reviews] It has an integrity and credibility among our audience – largely press, celebrities and captains of industry – they know it is here to stay.’ The NB publications are available via an annual subscription system for ten issues or as a gift set which is currently stocked in lifestyle stores Colette in Paris and Language in New York.

Mr & Mrs Smith is the witty title of a new guide that will hit the shelves in September. The name created by Ben White, planning director at Bloom, the design group behind the guide, is an ‘irreverent way to express the fact that when couples go away for a weekend they want some covert naughtiness – although being British they probably won’t admit it,’ he says.

The brainchild of James Lohan and published by Spy Publishing, the book intends to be ‘a stylish guide of stylish hotels with a few twists,’ says Lohan. Aimed at the ‘chic opinion urbanite’ who may have varied budgets and different wants at different times, it features 40 hotels and pubs to stay in the UK and Ireland. Fashion designers Stella McCartney, chef Raymond Blanc and even designer Tim Pyne are some of the reviewers, perhaps in the hope that their cachet might rub off on to those using the guide. The guide is divided into sections like ‘in the know’, which describes the best bed or table to choose from in the establishment or ‘need to know’, with other useful information. Another section, called ‘worth getting out of bed for’, proposes more exciting excursions than the usual golf tours or museums, like walks, visits to race courses and even trips on hot air balloons, he says.

Bloom designer Samantha Armes says the book’s design provides ‘understated intrigue that reveals the unexpected from one page to the next, with close attention to the design detail and colour, capturing the essence of every hotel while trying to instil the sexy personality of the Mr & Mrs Smith brand. It’s a book that works on many levels, uses simple, honest and contemporary layout with enticing photography – by Adrian Houston – and moves into lighthearted encouragement to play poker, or throw a frisby. A sense of humour is important.’

If the venture succeeds, Lohan intends to expand the brand further. ‘We are looking at a City Breaks version, and also at splitting up the couple, when they takes trips separately.’ Asked if he’s considering a Mr & Mr Smith version, Lohan agrees it’s a possibility. Considering the worth of the pink pound, this might well be the next big thing to look out for.