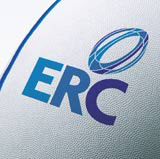 Interbrand has created an identity for ERC, formerly known as European Rugby Cup, the organising body for European club rugby and analogous to UEFA in the football world, as it seeks to strength its brand positioning with the game.

ERC runs the Heineken Cup, rugby’s ‘Champions League’ competition, as well as its ‘next level down’ tournaments, the Parker Pen Challenge Cup and Parker Pen Shield. The organisation’s powers and responsibilities cover issues such as broadcasting and sponsorship rights, financial matters, disciplinary procedures and match officials.

Interbrand strategic director Graham Hales says the project is about enhancing the ERC’s image and status. ‘Since rugby entered its professional era, the standards of professionalism in what it wants to communicate about itself have been similarly elevated,’ he says.

Creative director Andy Payne and designer Chris Thomas were the key creatives involved. The marque will be used within a ‘dynamic identity system’ that provides flexibility according to the specific role ERC is playing at the time. Although largely a corporate brand the identity will also be used in a ‘more subtle supporting role’ to reflect the ‘passion and energy’ of its tournaments to the public.

The work stems from a core positioning idea, ‘the centre of excellence for European club rugby’, developed by Interbrand for Dublin-based ERC.

Interbrand won the work in a three-way pitch last year. The identity is officially unveiled on Friday, with brand guidelines set down for its application to various communications elements.